A Delay - a Diversion - and an Aircraft Substitution - All for Gladstone Airport Monday!

Monday 8 December proved to be an interesting day for passengers in and out of Gladstone Airport.

The day start with the morning JetGo Australia JG70 service from Sydney to Gladstone being delayed due to a technical issue with the operating aircraft - VH-JGB.  It appeared that fellow JetGo E-135 VH-JZG was summoned to Sydney from Brisbane and operated a somewhat delayed JG70 service, touching down at Gladstone around 11am.

During the afternoon, the QJE1712 service from Brisbane, operated by Cobham Aviation Boeing B717-200 VH-NXR on behalf of QantasLink, was forced to turnaround near Bundaberg and return to Brisbane with a technical issue. 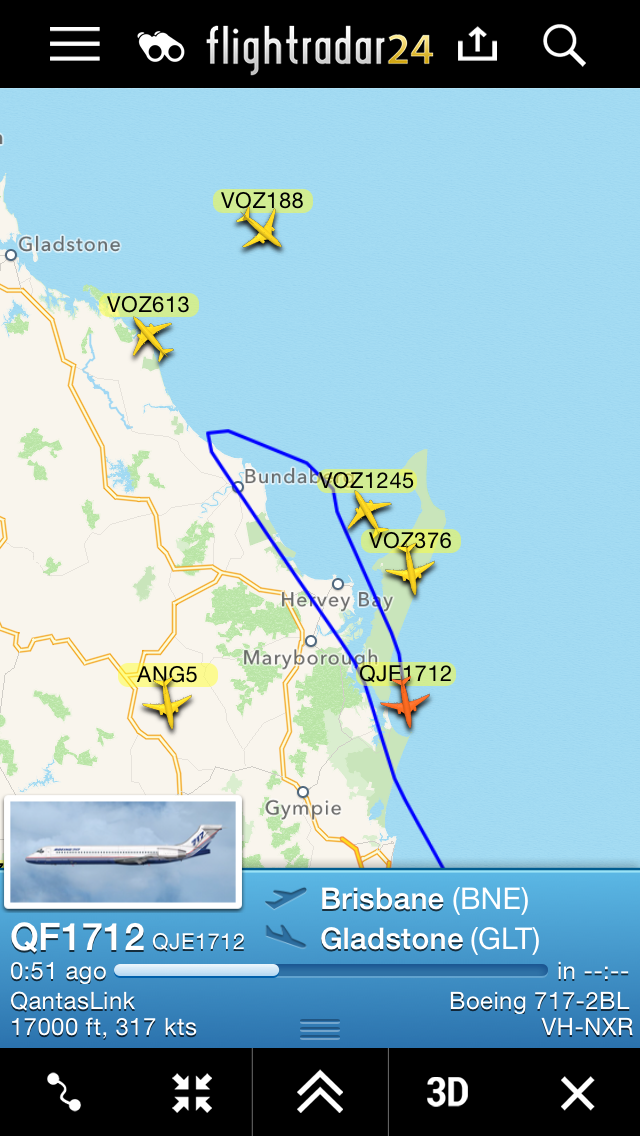 VH-NXR landed safely and reports suggest the aircraft was met by several engineers.

Finally, as this post is being written, Alliance Airlines Fokker F-100 VH-FKJ is winging its way to Gladstone from Brisbane as UTY2668, presumably operating for QantasLink.


It is due to depart back to Brisbane as UTY2669, however I've noted that there is significant storm activity around Gladstone at this time so a landing and departure could be a challenge.
Posted by Damian F at 9:00 PM