Maryborough Airport is having a nice little collection of interesting General Aviation (GA) aircraft call in over the last week or so, and over the last couple of days, the interesting visitors have continued. 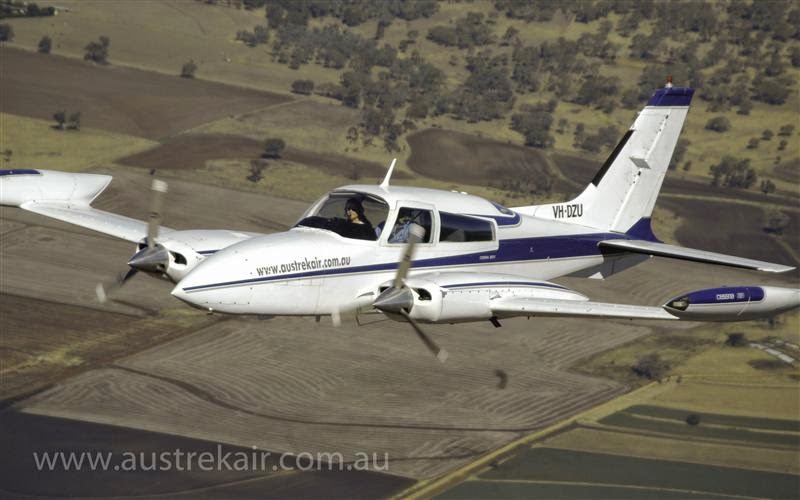 I believe that fellow Austrek Cessna 310R VH-DZX also called into Maryborough in the days prior to Tuesday.

At Bundaberg Airport, the Sydney-based Beech 76 Duchess VH-DVF which arrived into the Rum City over the weekend departed for Charleville on Monday 22 December.  It continued its journey from there and has now returned to New South Wales.  Also on Monday, the Queensland Police Service (Airwing) Raytheon B1900D VH-PSK called in briefly during a very busy day of flying.

Finally, and notably, Nitro Drilling (Nitro Aviation) Raytheon B300 Super King Air VH-NDT has had a busy week ferrying workers every day from drilling sites near Middlemount and Collinsville to their homes in Bundaberg, Hervey Bay and Mackay.
Posted by Damian F at 4:48 PM