While I've been holidaying in the beautiful Whitsundays, I've taken the opportunity to call into the Whitsunday Airport (WAVE) at Shute Harbour and, as usual, there has been a nice selection of locally-based helicopters to photograph.

Perhaps the most striking choppers to be seen at the Whitsunday Airport are the beautiful red liveried Robinson R44 and R66 helicopters of North Queensland Heli Taxi.  I managed to catch one of their two R66s in the form of VH-VRN. 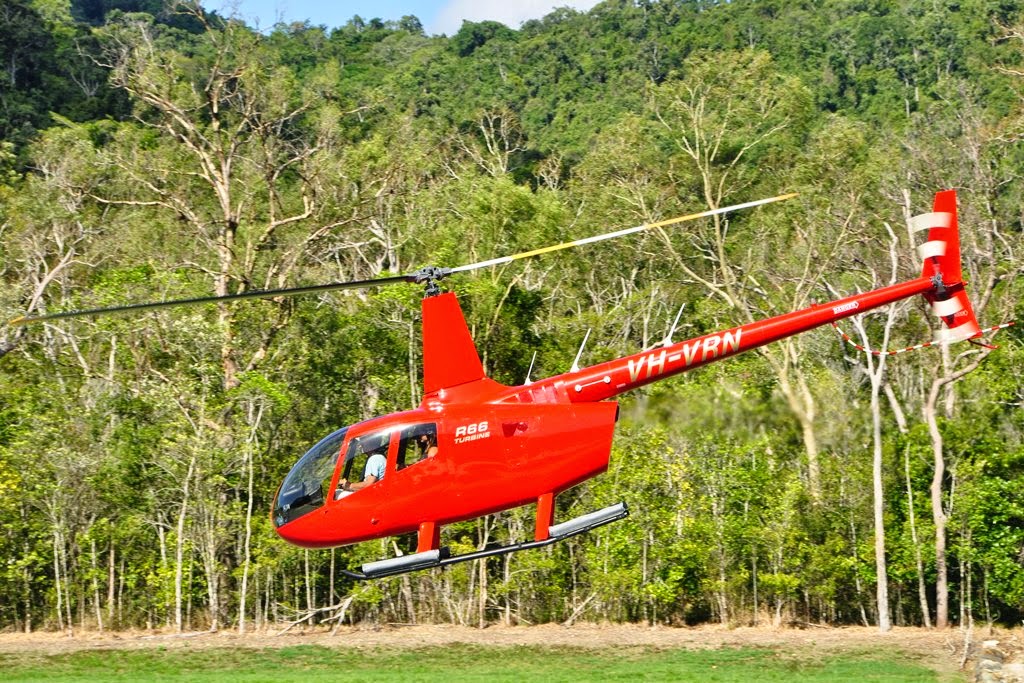 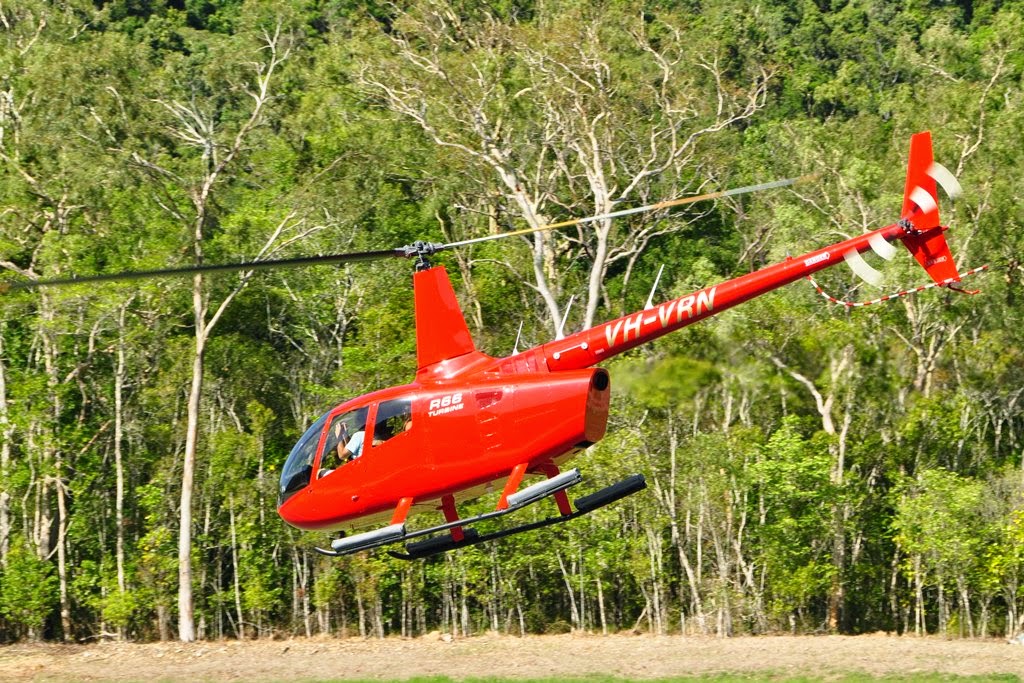 North Queensland Heli Taxi provides helicopter taxi, tour, and air work services in the Proserpine and Airlie Beach area based out of the Whitsunday Airport.  This includes transit 'Heli Taxi' flights on request from travellers, from the Whitsunday Airport to and from:  Proserpine / Whitsunday Coast Airport, Bowen, Collinsville, Abbot Point, Montes, and the islands (only exclusions being Hamilton and Hayman Islands).  North Queensland Heli Taxi also provides tours to the Great Barrier Reef to view Heart, Hardy and Hook reefs as well as Whitehaven Beach and other unique destinations around the Whitsunday and Bowen Basin regions. 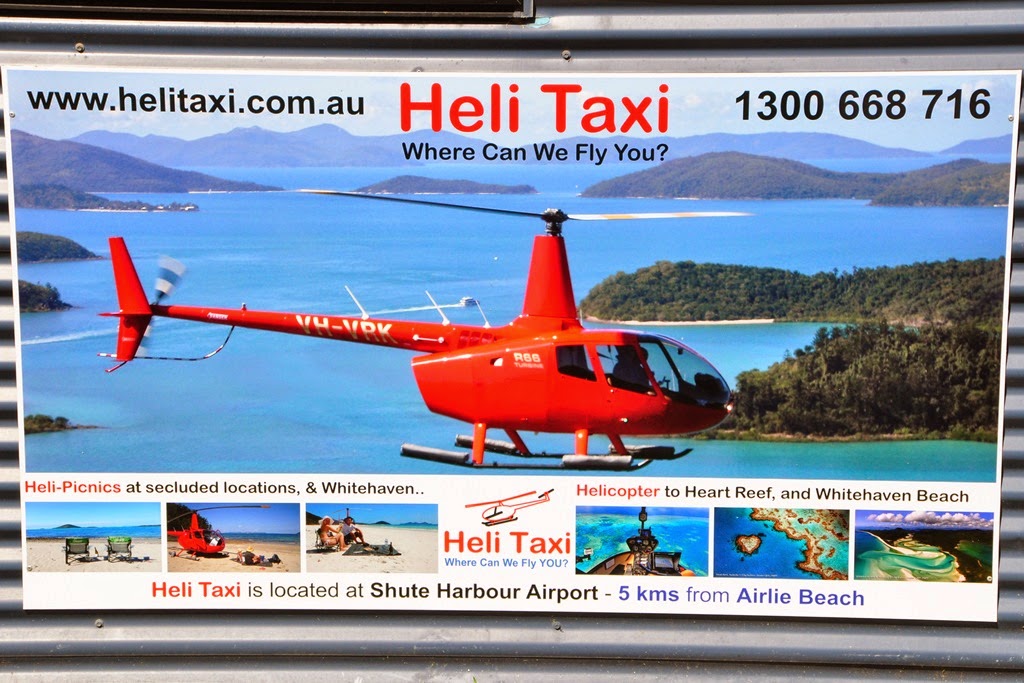 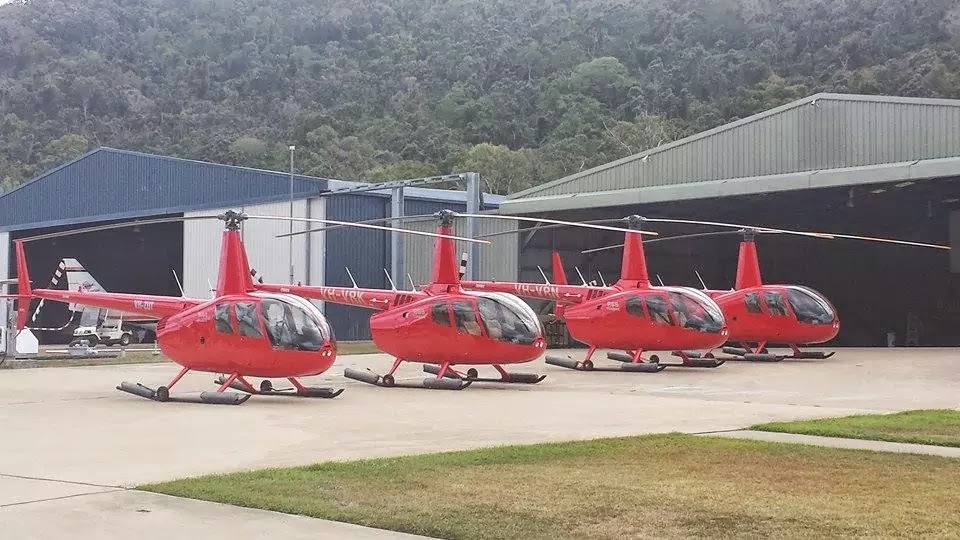 One of the bigger hangars at the Whitsunday Airport belongs to Heli-Biz.  Heli-Biz usually has 2-3 choppers undergoing maintenance, however during my recent visit, I only spotted Whitsunday Air Services fairly new and beautifully presented Eurcopter EC120B VH-HIL undergoing some work outside the hangar. 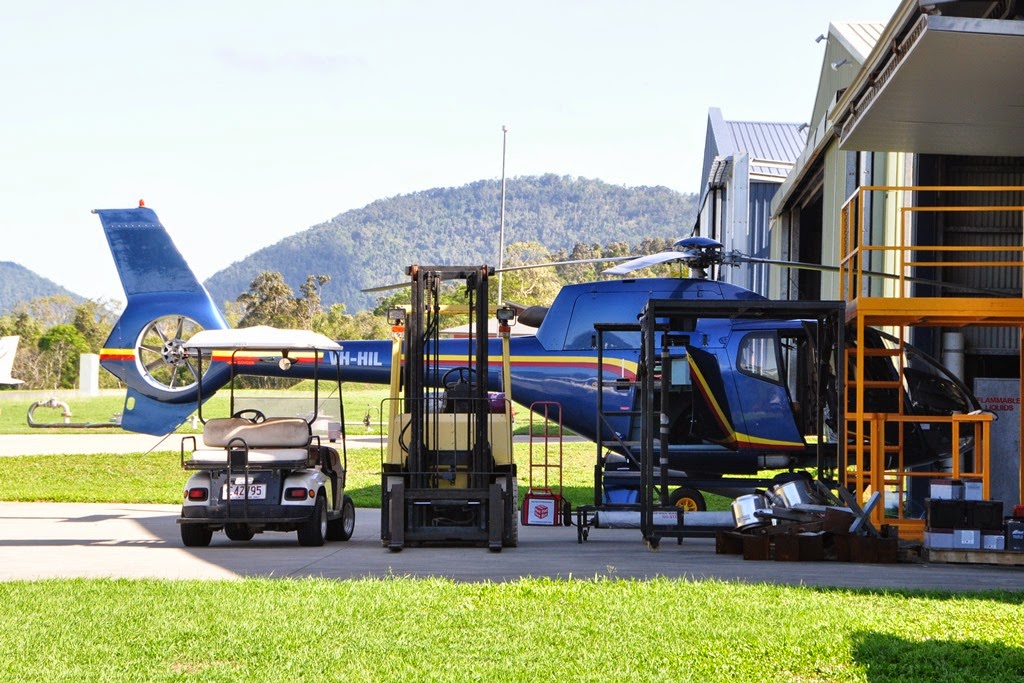 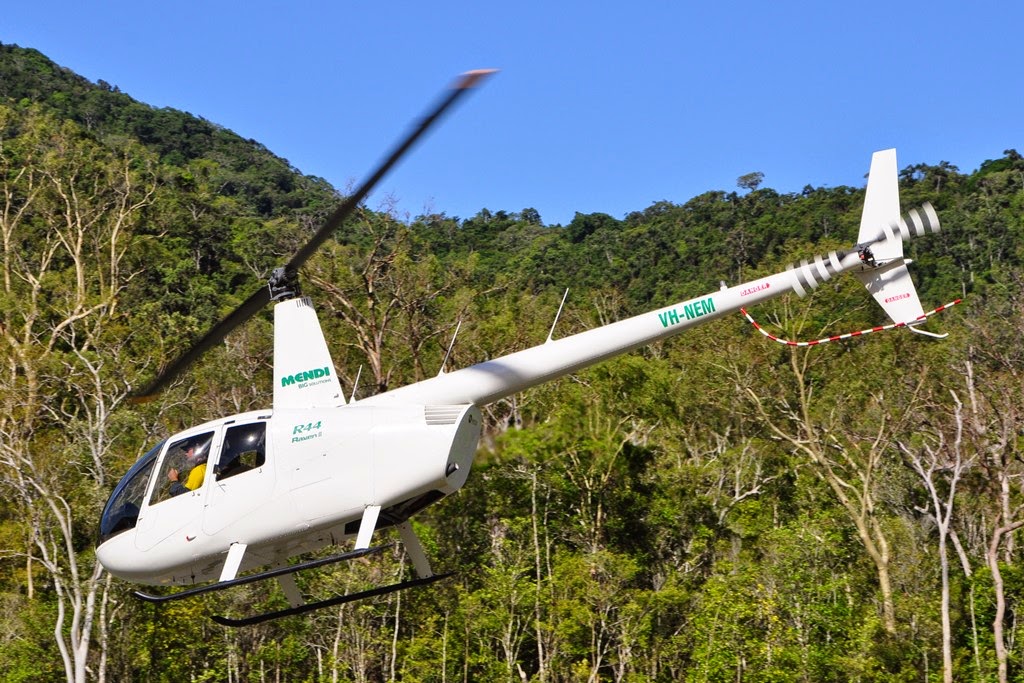 On a different visit to the Whitsunday Airport (WAVE), I captured another Whitsunday Air Services chopper in the form of Robinson R44 VH-WIY which also wears the titles of the 'One&Only' Hayman Island resort. 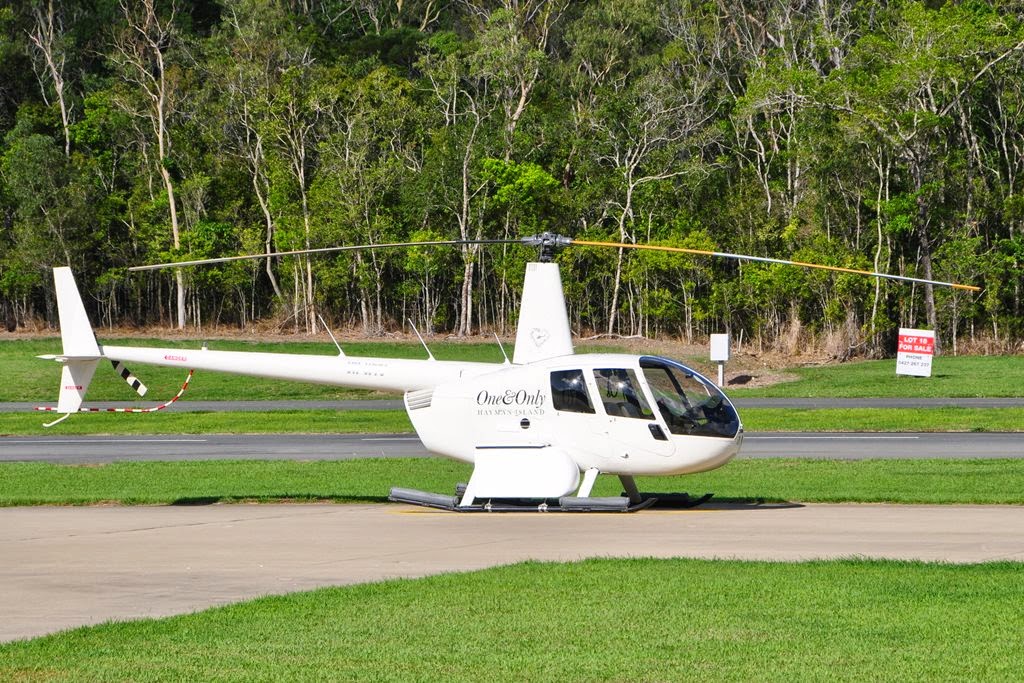 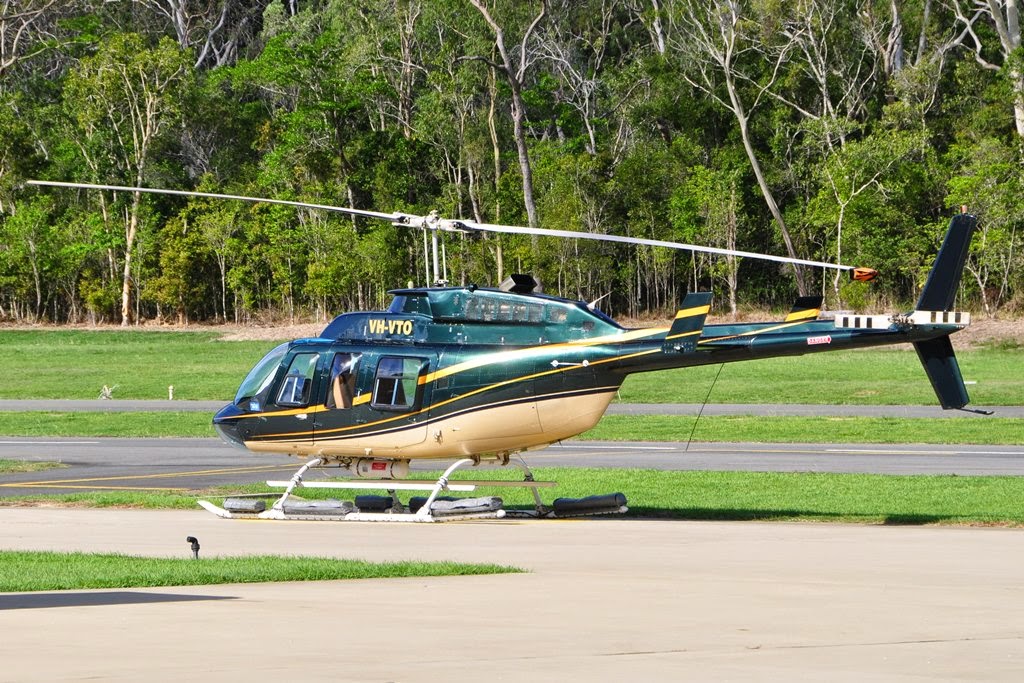 Meanwhile, down the road at Mackay Airport, there have been a nice pair of 'larger' type helicopters to call in over the last week.  Over this weekend, Karreman Quarries (Austcopters) corporate Sikorsky S-76B VH-KQL was noted calling in from the South on Saturday 20 December.  Of interest, VH-KQL was also noted at Gladstone earlier in the day. 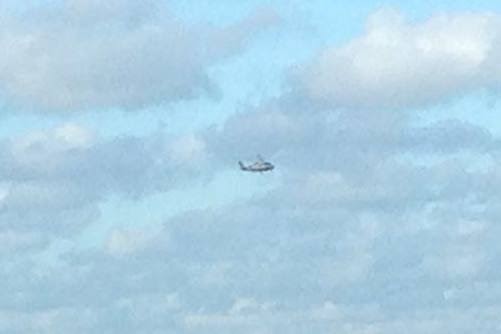 After overnighting, VH-KQL departed to the North, later being noted at Townsville, on Sunday 21 December. 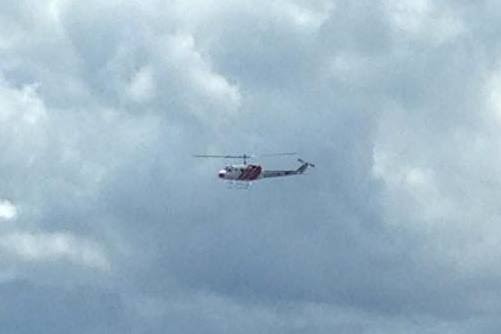 It was noted in Cairns later in the week.