One of the two recently re-painted Virgin Australia Boeing B737-800 aircraft has called into Hamilton Island Airport days after emerging from the paint shop.  On this occasion, B737-800 VH-VUX called into Hamo from Sydney on Friday 19 December as VOZ1281.  It later departed back to Sydney as VOZ1280. 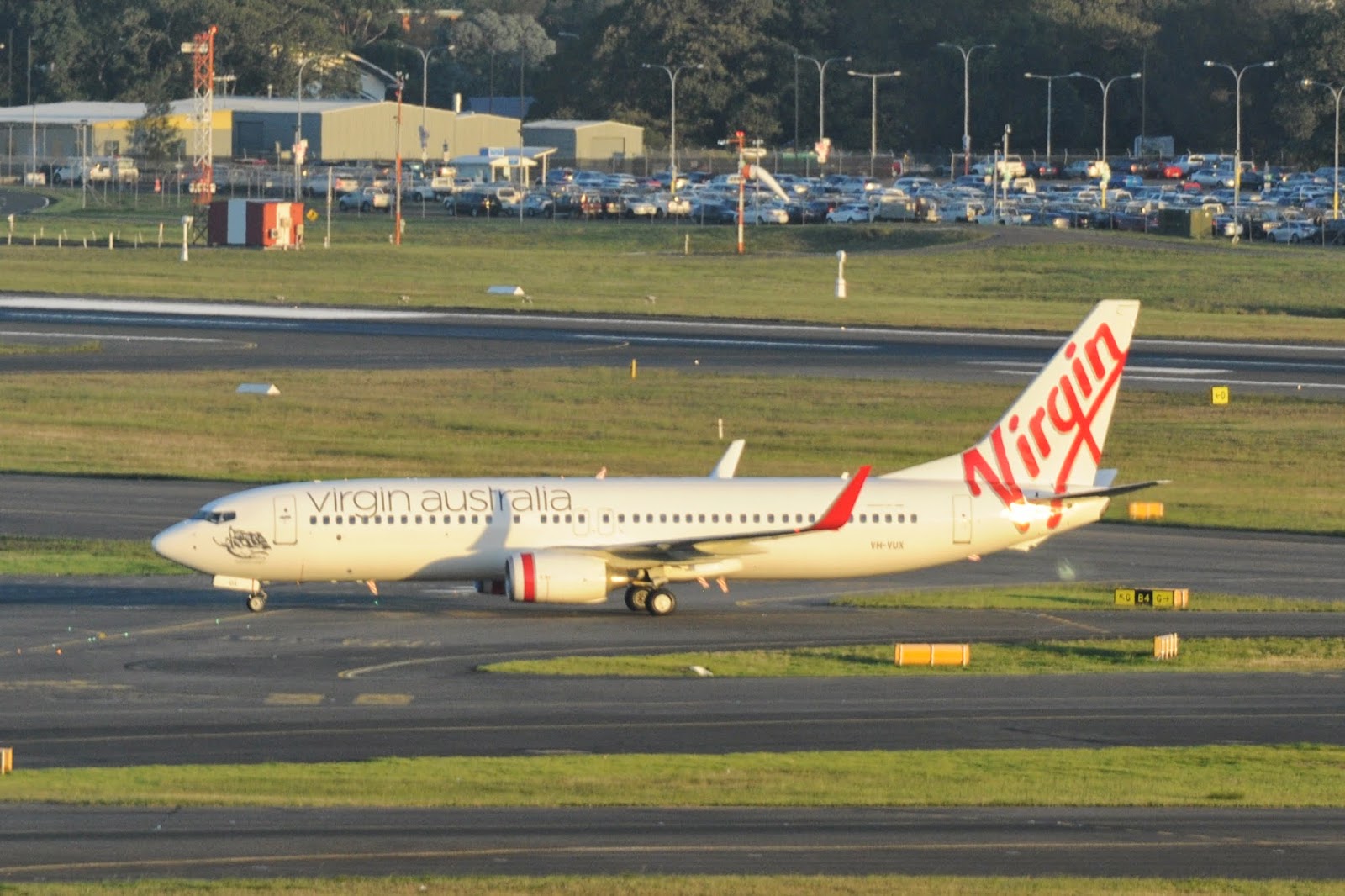 I managed to catch VH-VUX in Sydney on Monday 15 December - the same day it left Townsville after being re-painted.  It appears that VH-VUX has taken up the name 'Nightcliff Beach'.

VH-VOT has also emerged from the paint shop in the last month but is yet to be noted back in CQ.

There does not appear to be another aircraft in the paint shop in Townsville, although it is expected that the complete Virgin Australia and Virgin Australia Regional Airlines (VARA) fleet - which is currently based in West Australia - will be re-painted by the early part of 2015.