Quite a few King Air turbo-prop aircraft were noted flying around some Central Queensland Airports on Tuesday 2 December, including at least new visitor calling into Rockhampton Airport.

Hinterland Aviation Beech B200 VH-HJS made its first visit into Central Queensland, calling into Rockhampton Airport from Cairns as HND780.  After a short time on the ground, it departed back there.

VH-HJS is one of the King Airs that have found new homes in Australia after being retired from the Royal New Zealand Air Force (RNZAF).  VH-HJS was believed to be flown with the RNZAF as NZ1884.

Also calling into Rockhampton - and several other airports - on Tuesday 2 December was the Queensland Government (State of Queensland) Raytheon B300 Super King Air VH-SGQ.  It was also noted at Townsville and Cairns, as well as Rockhampton.  It also called into Maryborough twice.

Meanwhile, at Maryborough Aerodrome, VH-SGQ was one of four King Airs to call in on Tuesday 2 December.  Royal Flying Doctor Service of Australia (RFDS) Hawker Beechcraft B200 King Airs VH-FDI - "FlyDoc 467" - and VH-FDA - FlyDoc 401" - both made visits. 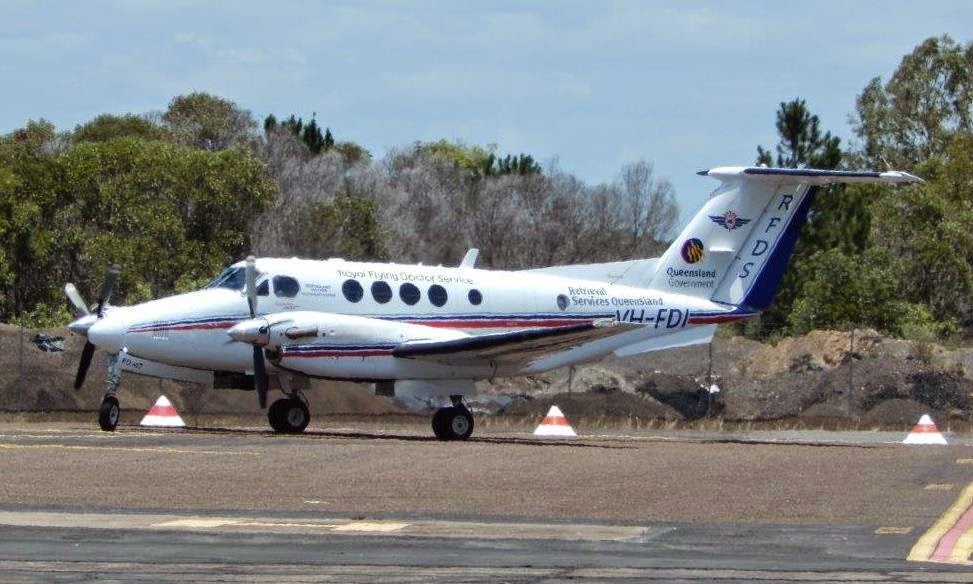 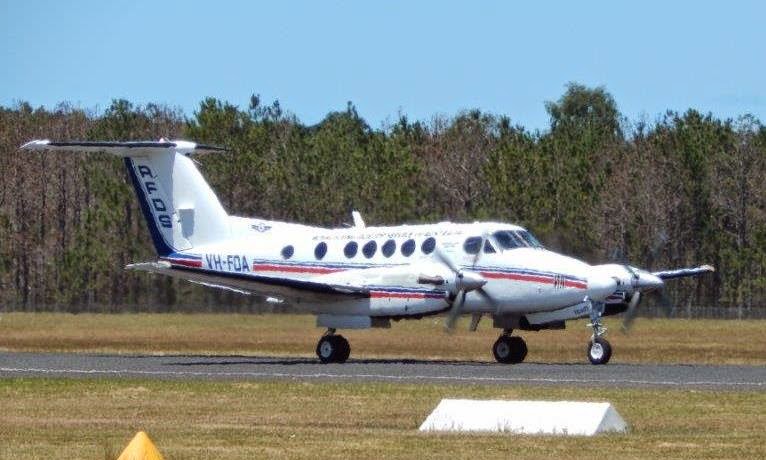 And Nitro Drilling (Nitro Aviation) Raytheon B300 Super King Air VH-NDT called in from the Sunshine Coast and departed to Bundaberg, and later, Clermont. 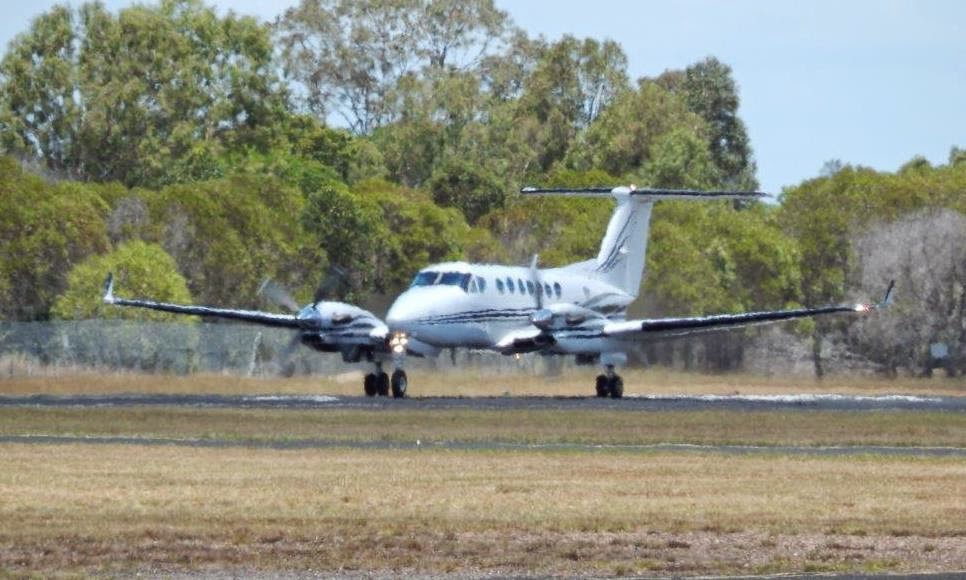 Finally, down in the Southern part of Central Queensland at Roma Airport, there was the 'usual' flow of King Airs paying a visit with VH-PYN, VH-WXO and VH-EWQ all calling in, along with the locally-based RFDS King Air VH-FDZ.

Sincere thanks to David G for capturing and sharing these great photos from Maryborough.