On Monday 22 December I paid a visit to the Whitsunday Airport (WAVE) at Shute Harbour and discovered a new aircraft at the airport in the form of Kimberley Air Tours Cessna 208 Caravan VH-MBQ. 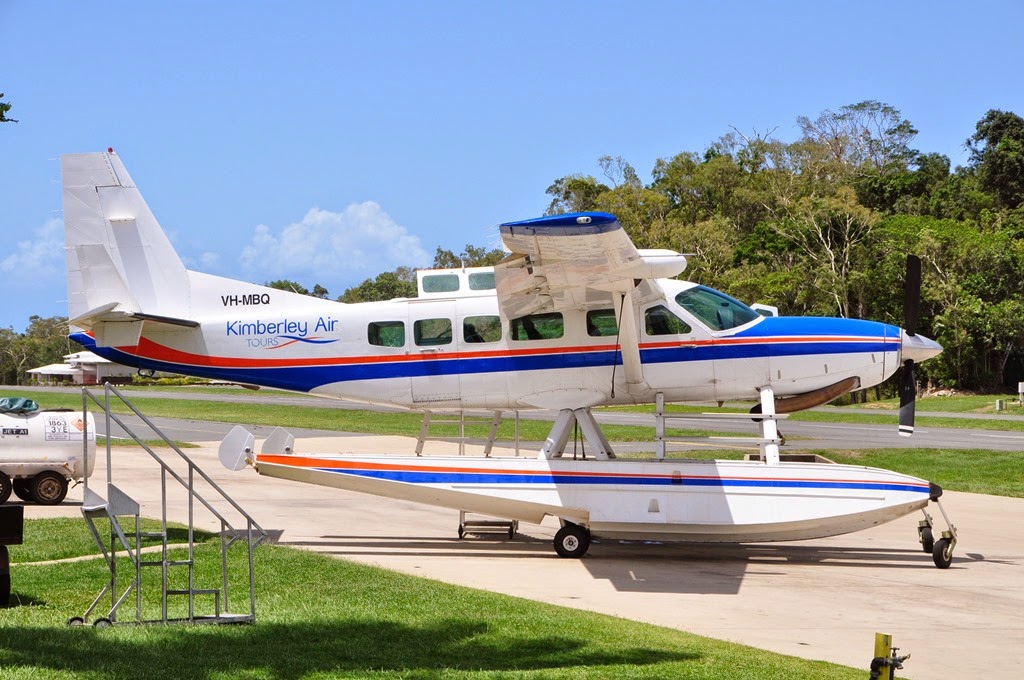 The Caravan has floats attached and was noted to be operating for Air Whitsunday Seaplanes.  It was captured departing on another scenic flight over the beautiful Whitsundays. 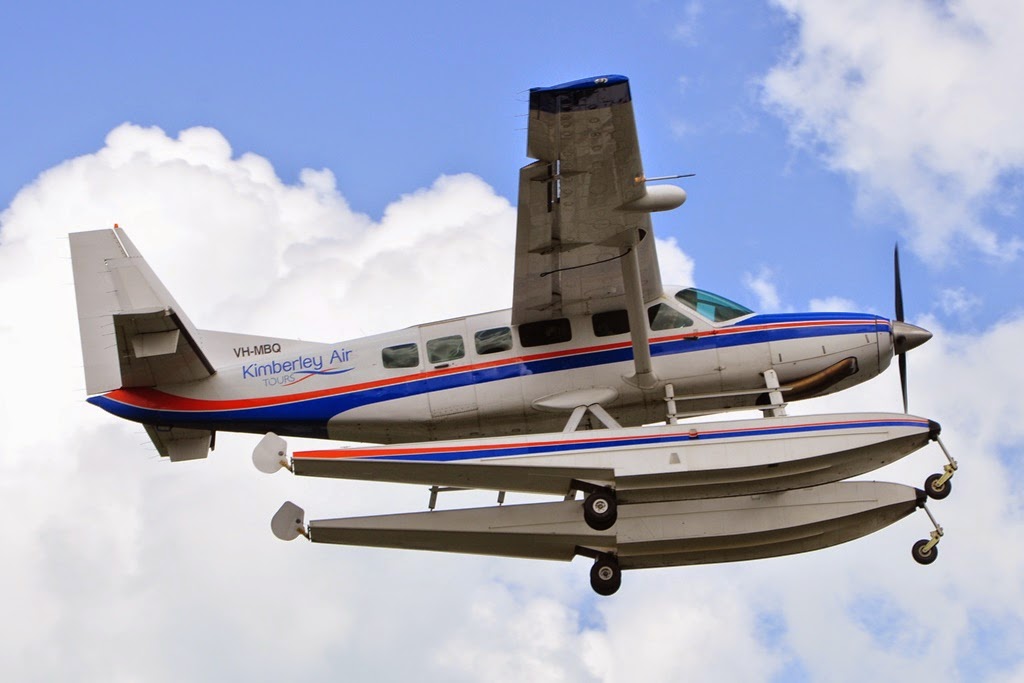 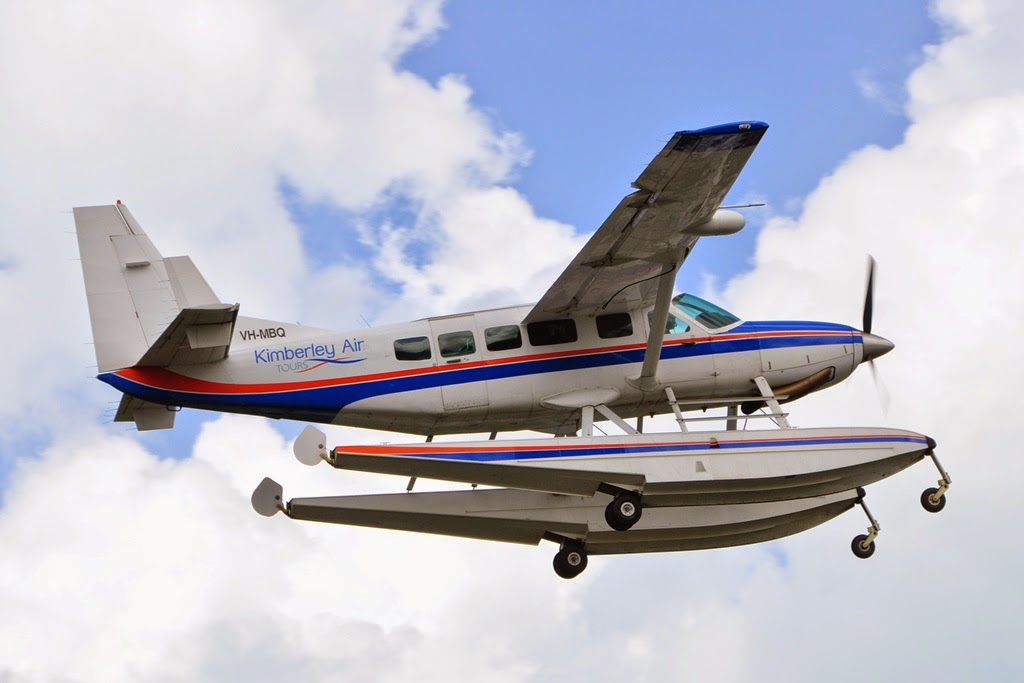 I noted that VH-MBQ had arrived at Whitsunday Airport on Sunday 21 December at the completion of a ferry flight from Normanton.

Meanwhile, I also captured a couple of photos as one of Air Whitsunday's De Haviland DHC-2FP Beaver Seaplanes VH-AWI also departed the Airport. 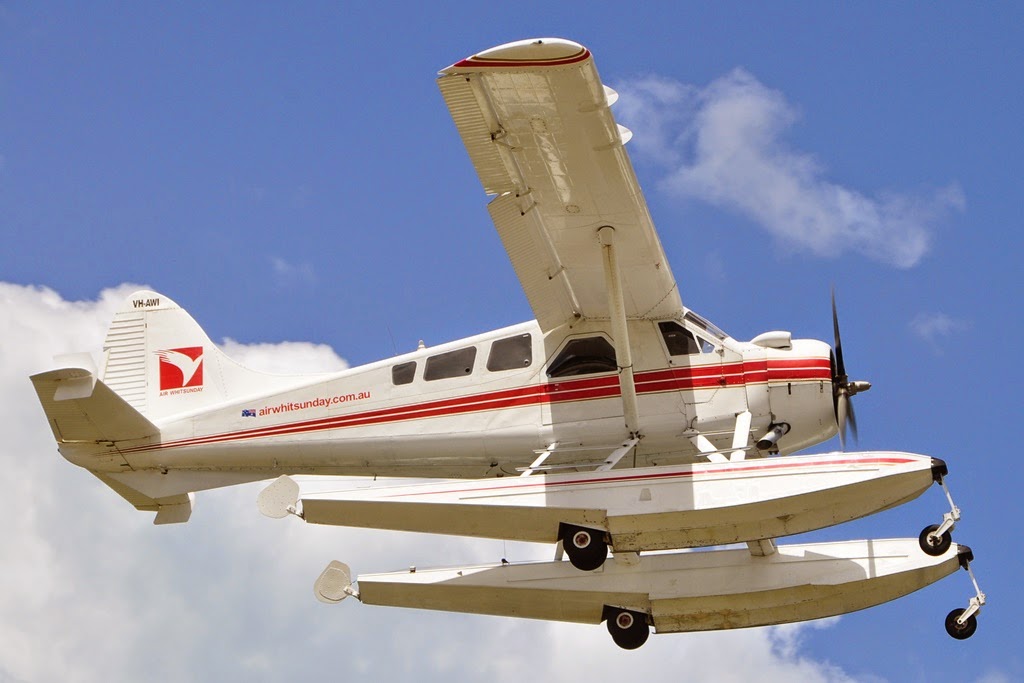 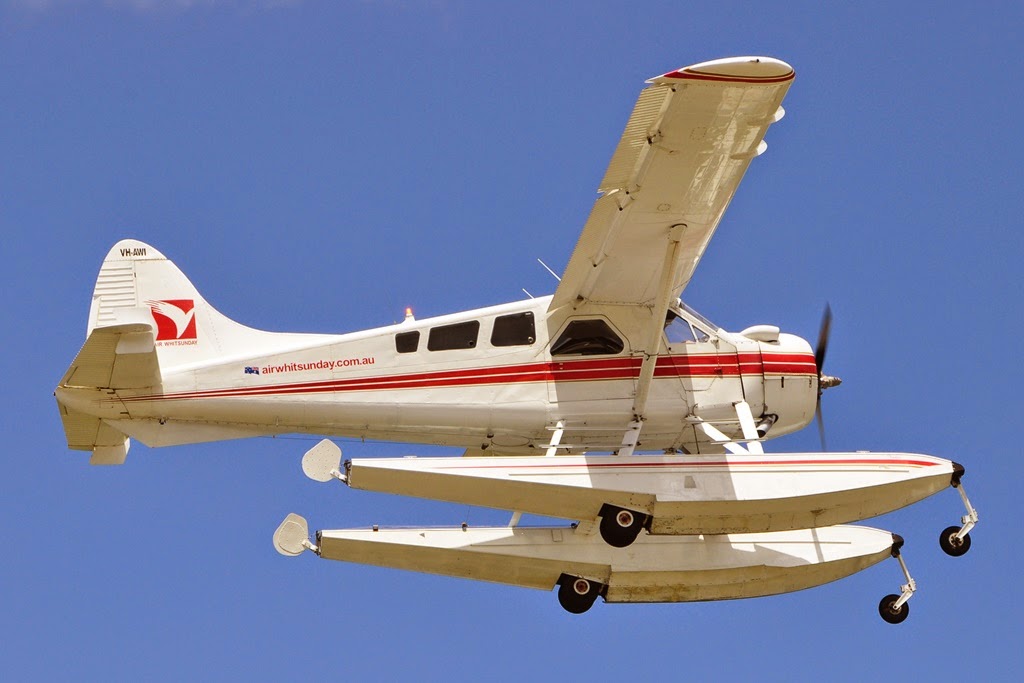 Of interest, Air Whitsunday currently has two other Caravans - VH-PGB and VH-PGT - along with two airworthy Beavers - VH-AWD and VH-AWI.  They also have another two Beavers currently in storage - VH-AWY and VH-AQV.
Posted by Damian F at 9:00 AM