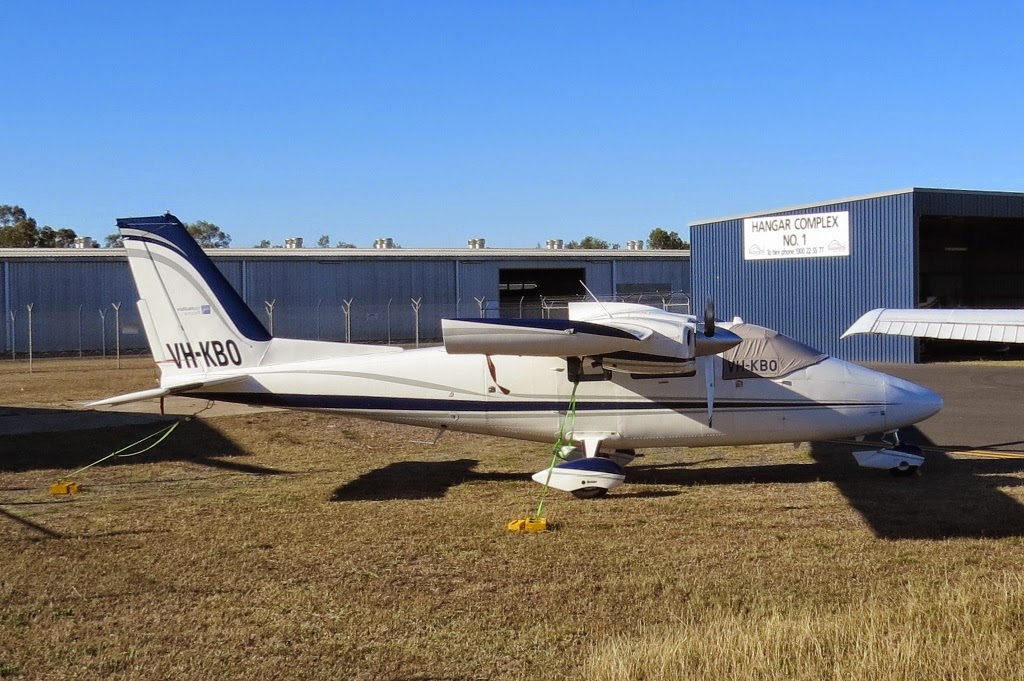 It's also worth noting that another locally-based Partenavia P.68C - VH-XLI of Capricorn Aircraft - flew has also recently flown back to its Rockhampton base from Goondiwindi and Dubbo last Friday 5 December.

One final Partenavia P.68C - VH-PNW of Airborne Aviation in New South Wales - passed through Mackay Airport on Monday 8 December, touching down from Redcliffe.  After overnighting it continued North to Cairns, and haas since been operating from there.
Posted by Damian F at 6:10 AM