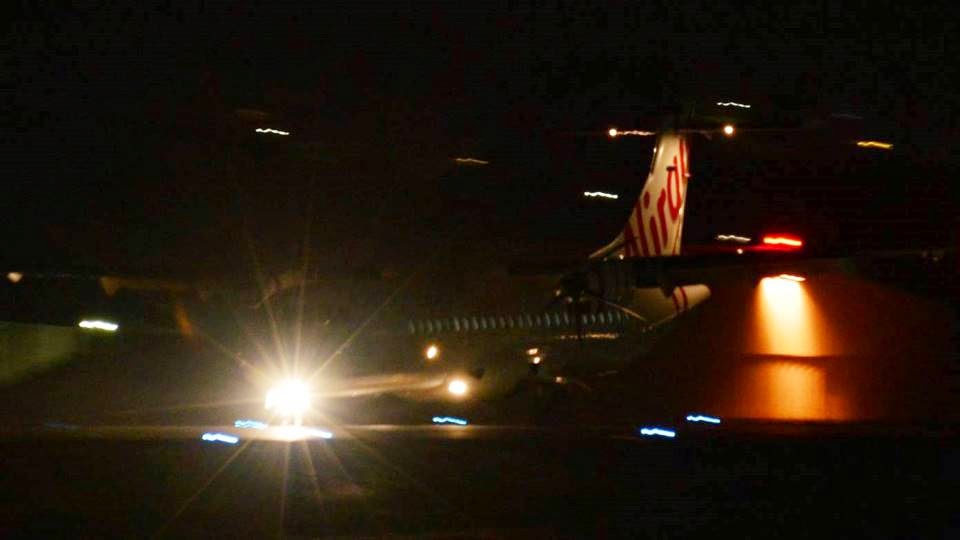 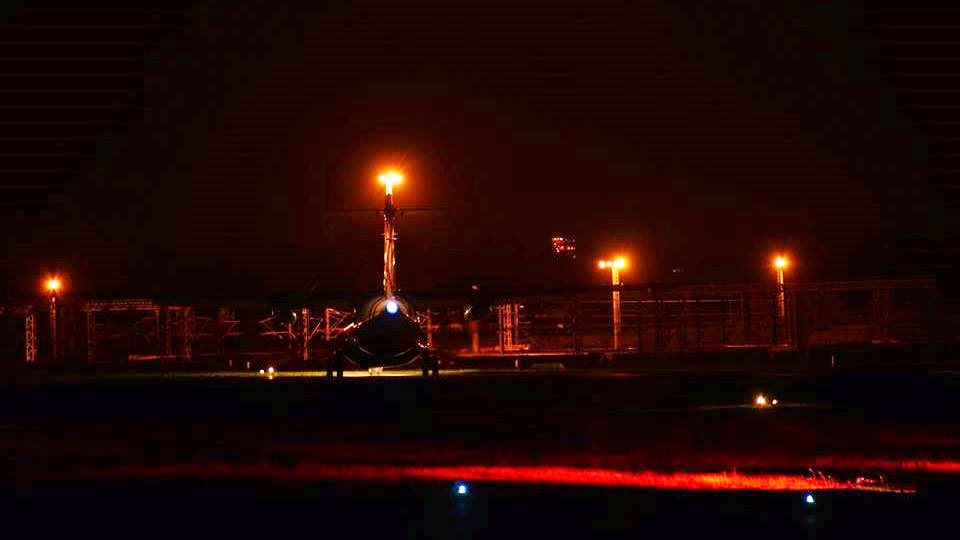 VH-FVL - operating the evening VOZ1720 ("Velocity 720 Alpha") for Virgin Australia - was heard to circle East of Gladstone and dump fuel before setting up for an approach and landing on Runway 28 at Gladstone Airport.

After making the successful landing - with lightning flashing from nearby storms - VH-FVL taxied to Gate 2 on the Northern end of the Gladstone Airport apron where the passengers were unloaded and investigations commenced.  At the time of writing on Tuesday 9 December, VH-FVL remained parked at Gladstone with Virgin engineers examining the port-side engine - as shown below. 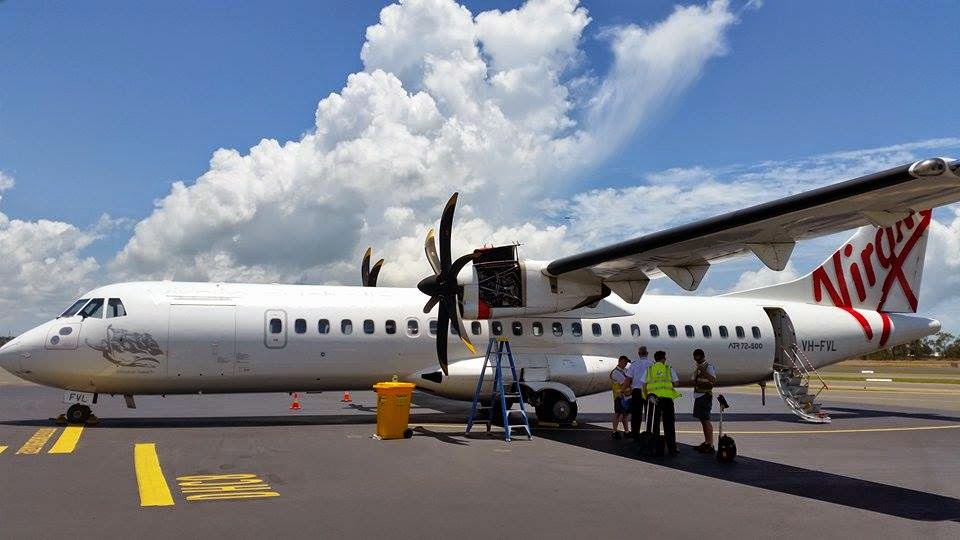 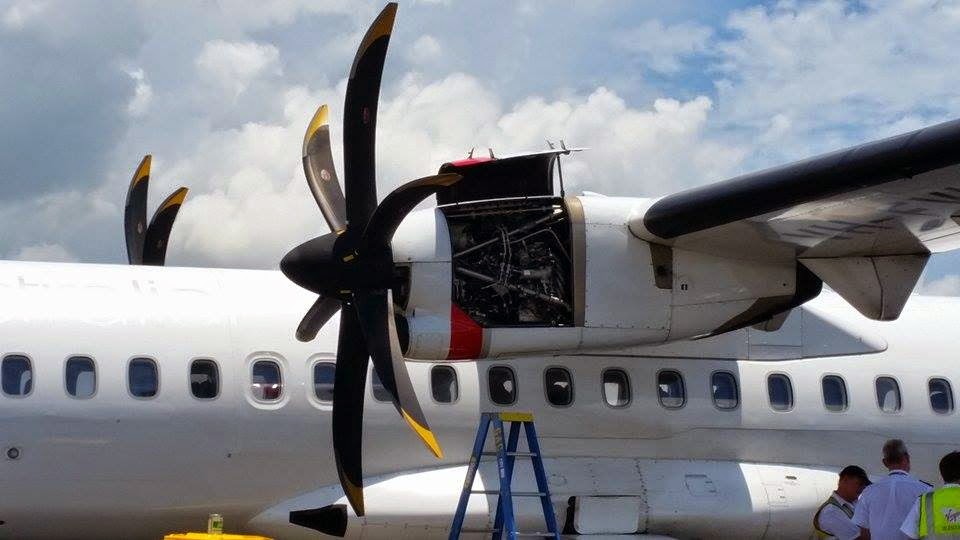 Meanwhile, fellow VARA ATR 72-600 VH-FVR has finally departed Albury in New South Wales, where it had been parked since late February this year after the discovery of damage to the horizontal and vertical stabiliser fairing following an over speed event while on descending into Sydney some days earlier.  VH-FVR operated a test flight around Albury on Wednesday 26 November, and eventually flew to Singapore (Seletar) Airport via Alice Springs and Port Hedland over the course of the Wednesday and Thursday 27 November.

Sincere thanks to Michael F for the great photos of the emergency event on Monday night.