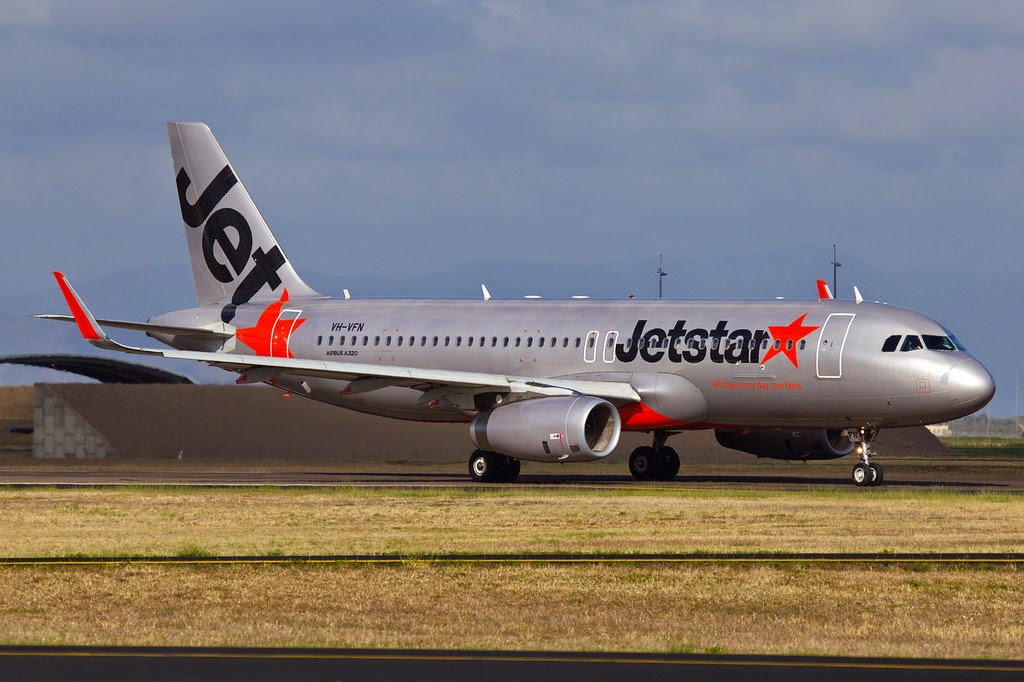 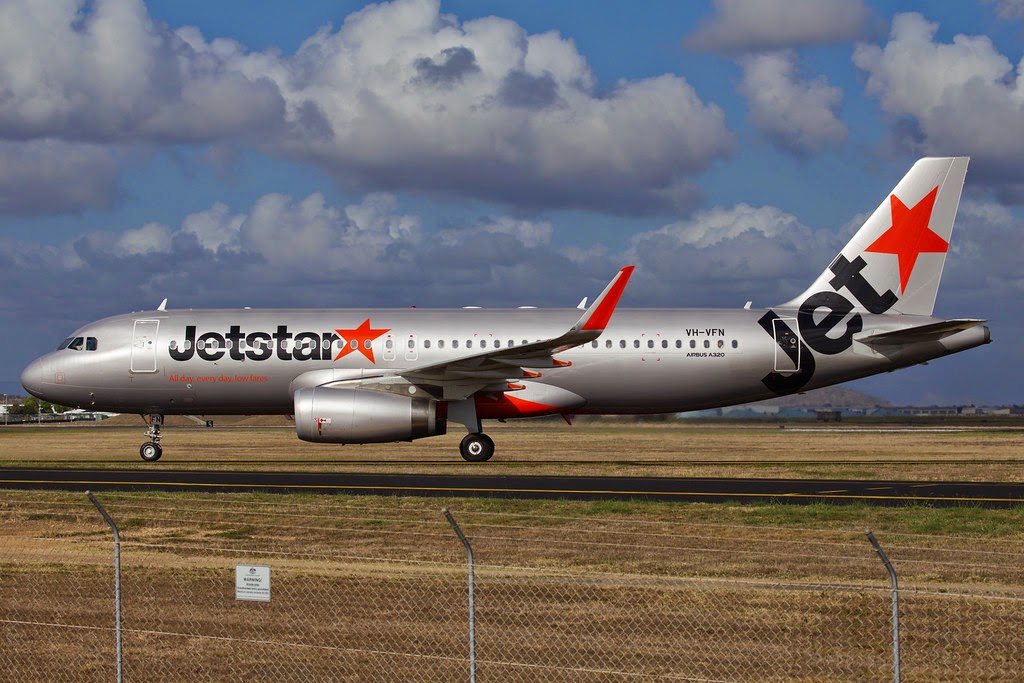 Of interest, VH-VFN was the first Australian-based A320SL to feature blended winglets known as 'Sharklets'.

I was fortunate to capture VH-VFN a couple of times while it wore its special commemorative livery - it is pictured below at Mackay Airport in August.

Thanks Dave for allowing us to share his lovely photos!