Last Saturday 14 March I was invited to join the Mackay Aero Club in one of their many social events - on this occasion it was a fly-away North to the Whitsunday Airport (WAVE) as Shute Harbour for a hearty breakfast at the resident Beaver Bar'. 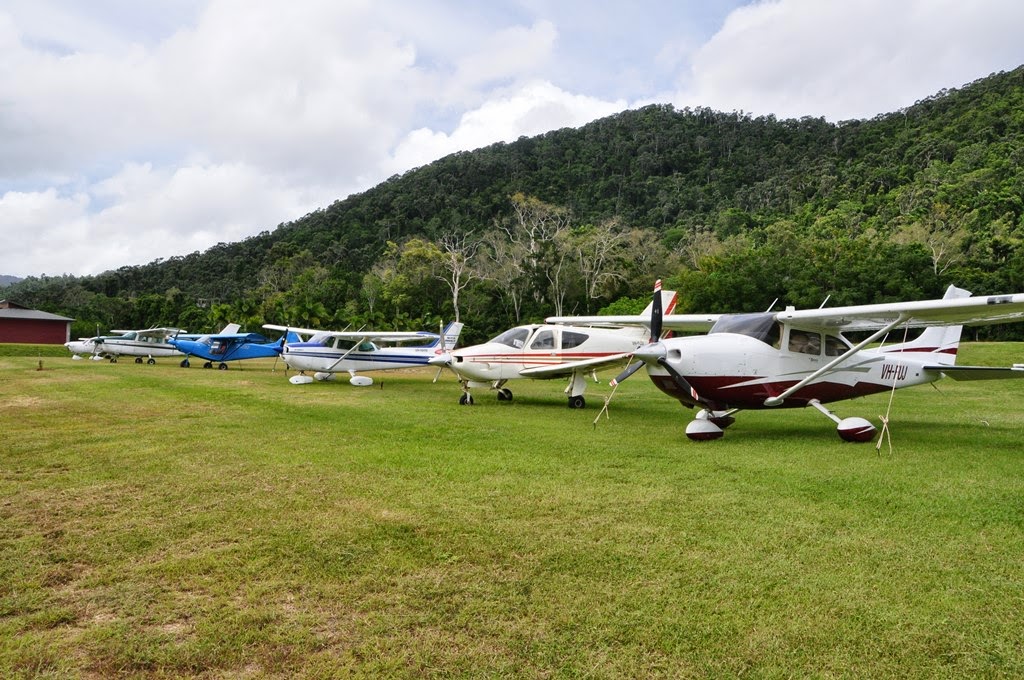 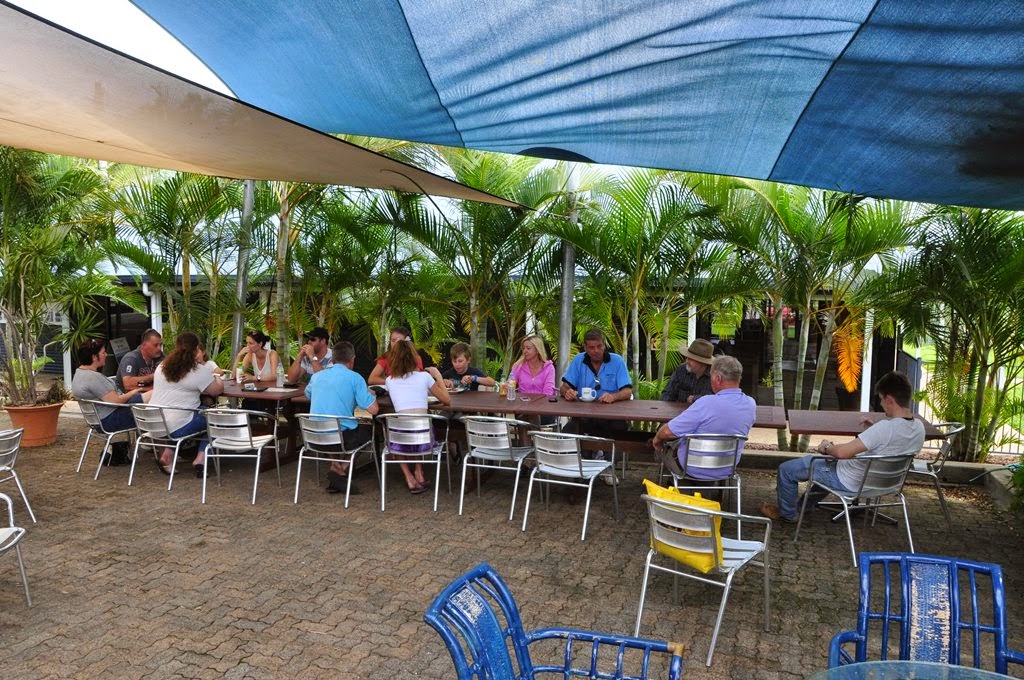 But back at Mackay Airport, I was welcomed aboard the Aero Clubs's Piper PA-28-161 Warrior VH-PCN to join other club members for the breakfast. 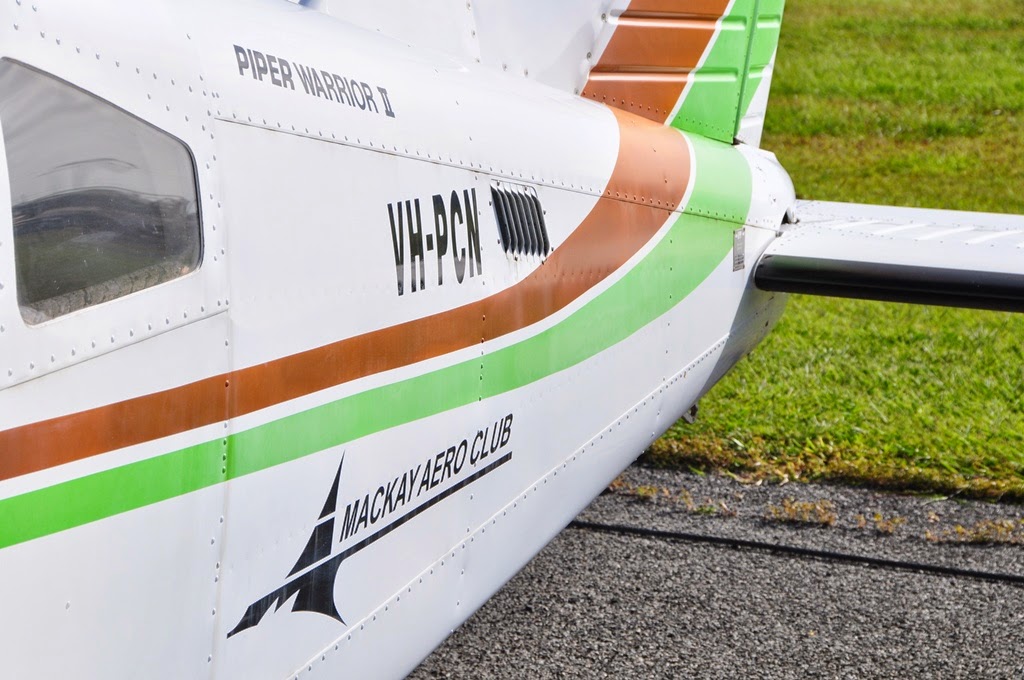 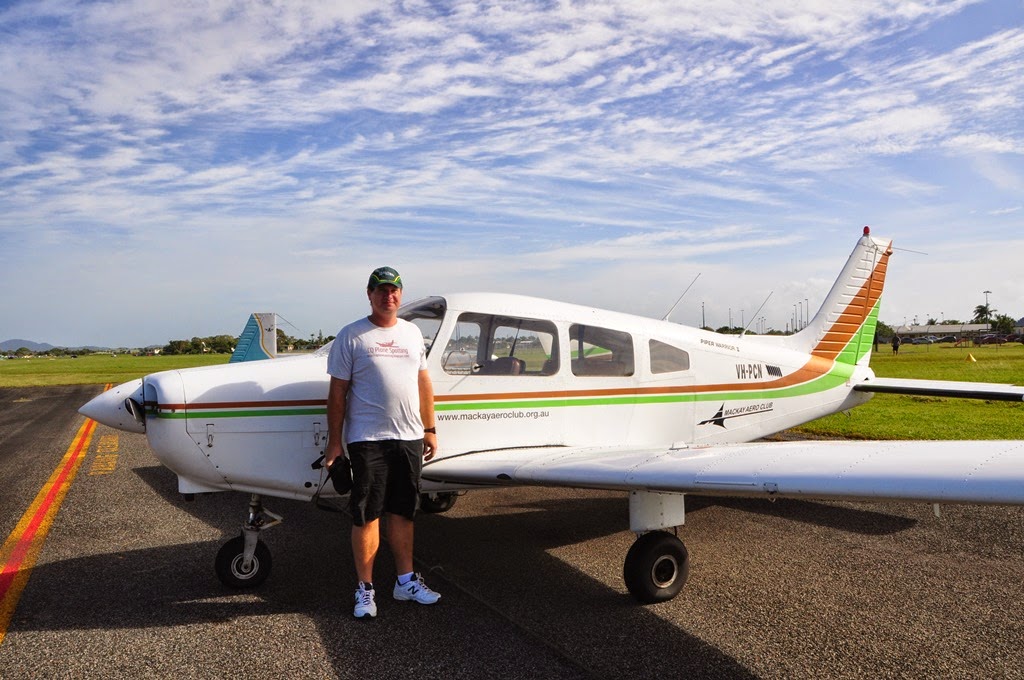 Preparations and start-up complete, our pilots Matt and David taxied to the 'Golf' holding point for departure off Mackay's Runway 14. 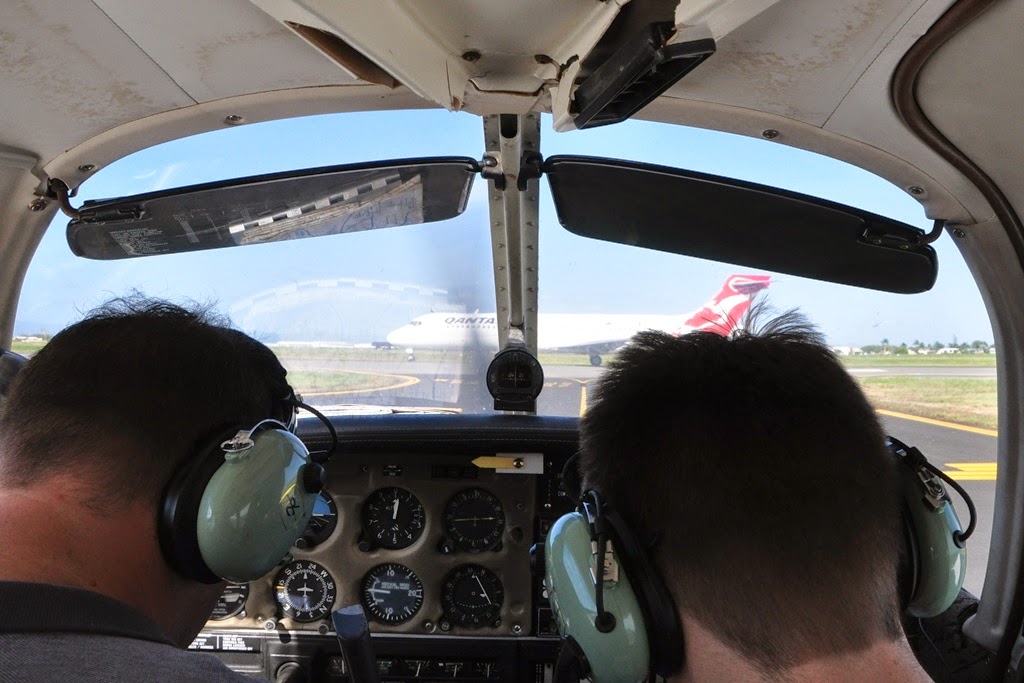 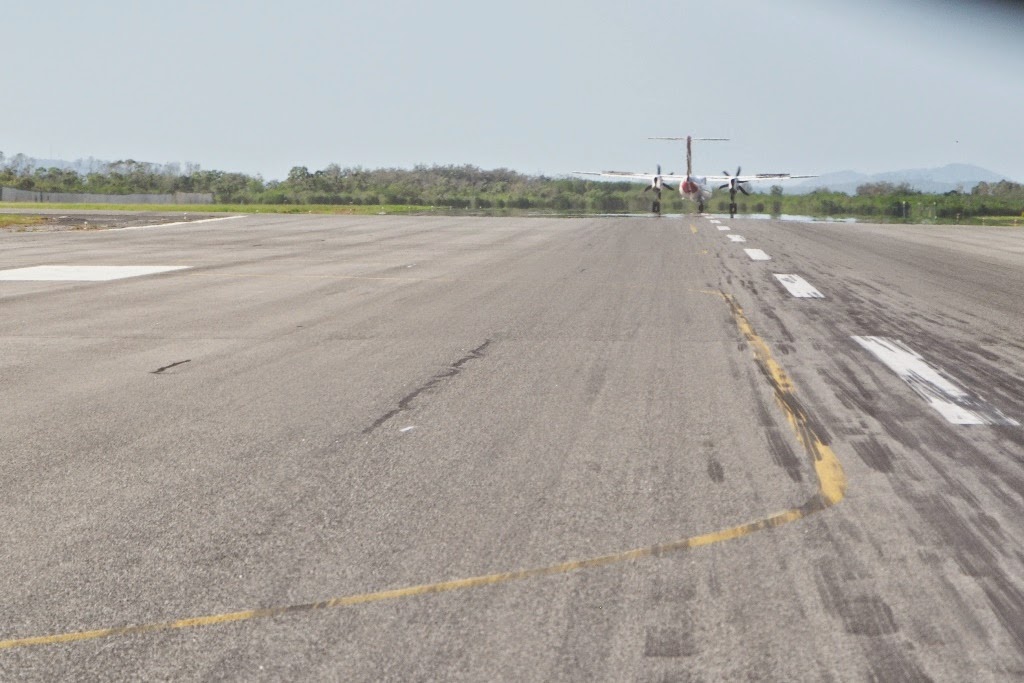 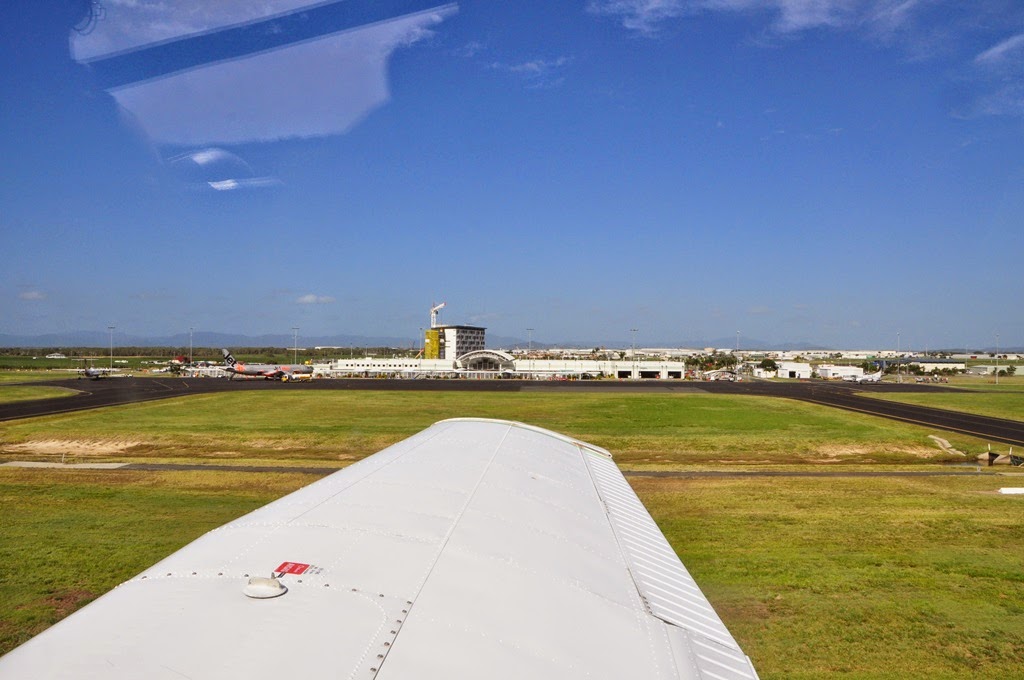 After a left turn after departure, we tracked coastal at 1500 feet, but climbed to 2500 feet due to turbulence associated with the strong winds buffering the region. After passing Cape Hillsborough, we soon approached a position abeam Proserpine Airport - where a Tigerair Airbus A320 was approaching (but we didn't spot it!) - and then Proserpine town. From that position we remained inland and threaded our way through some hills where we experienced some terrible bumps! 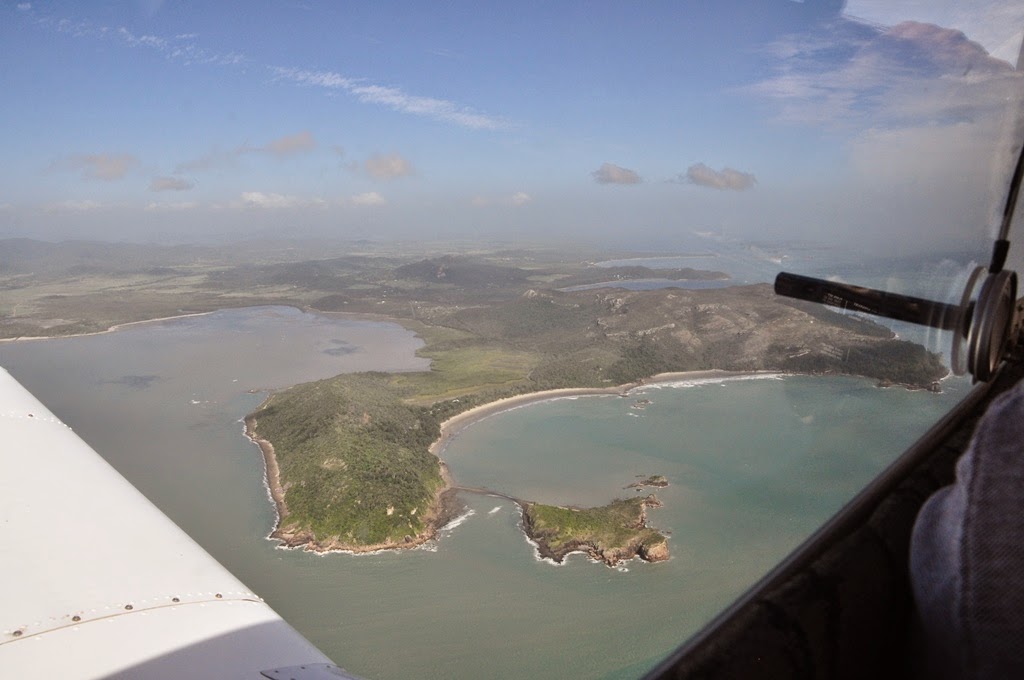 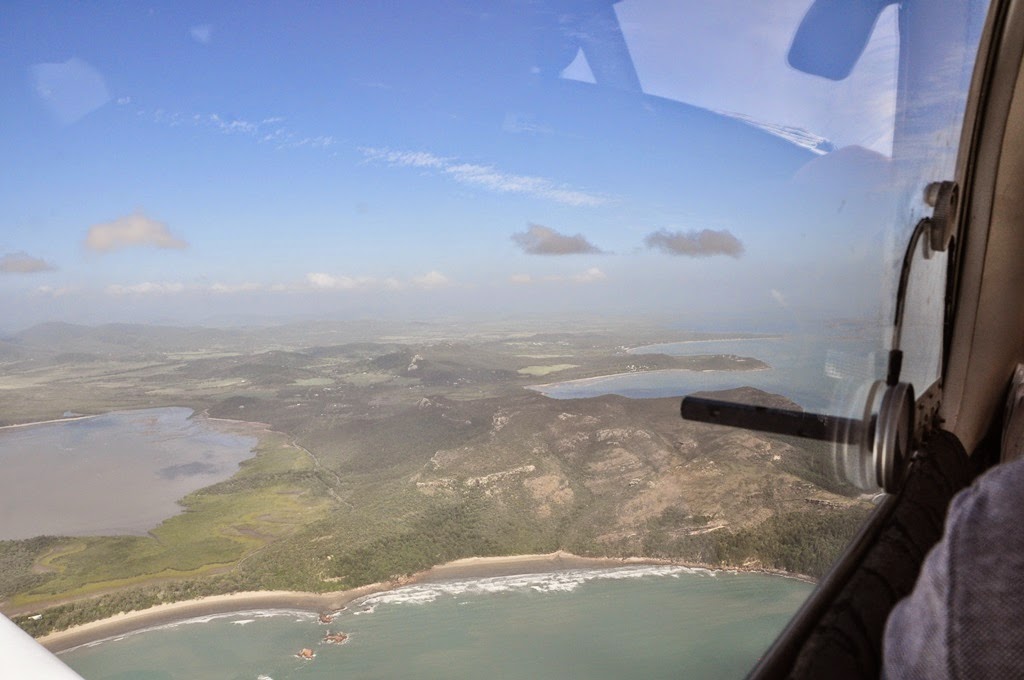 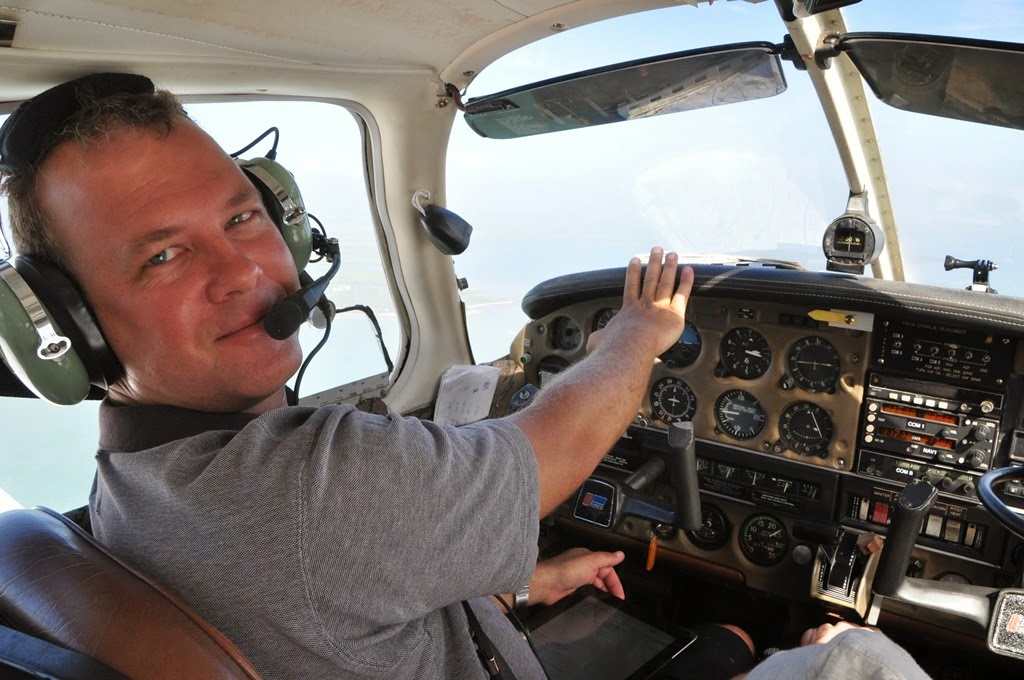 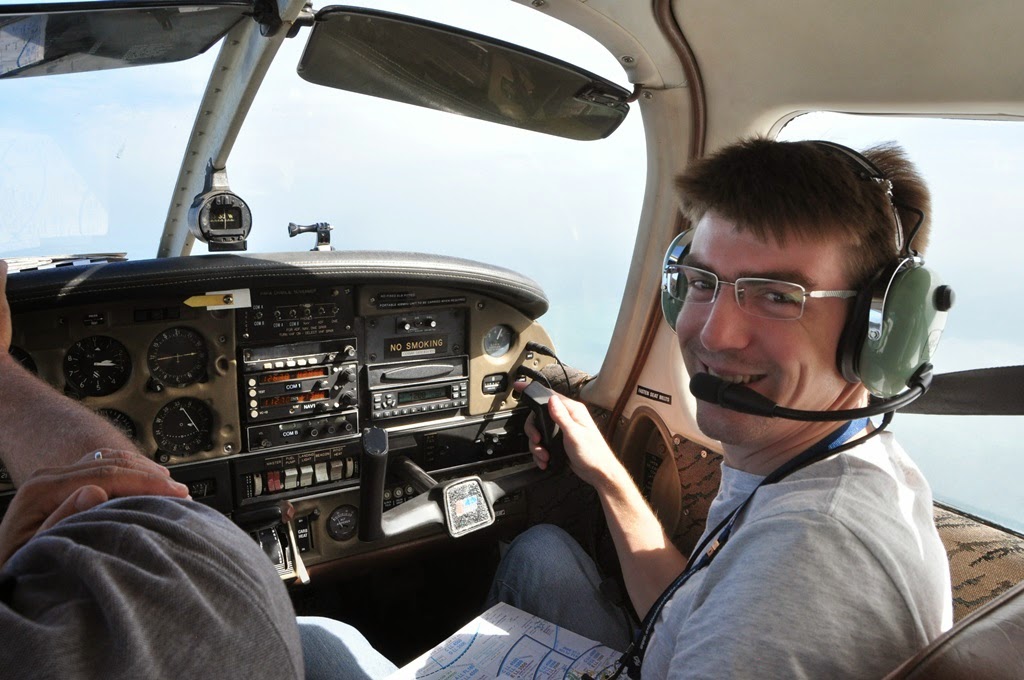 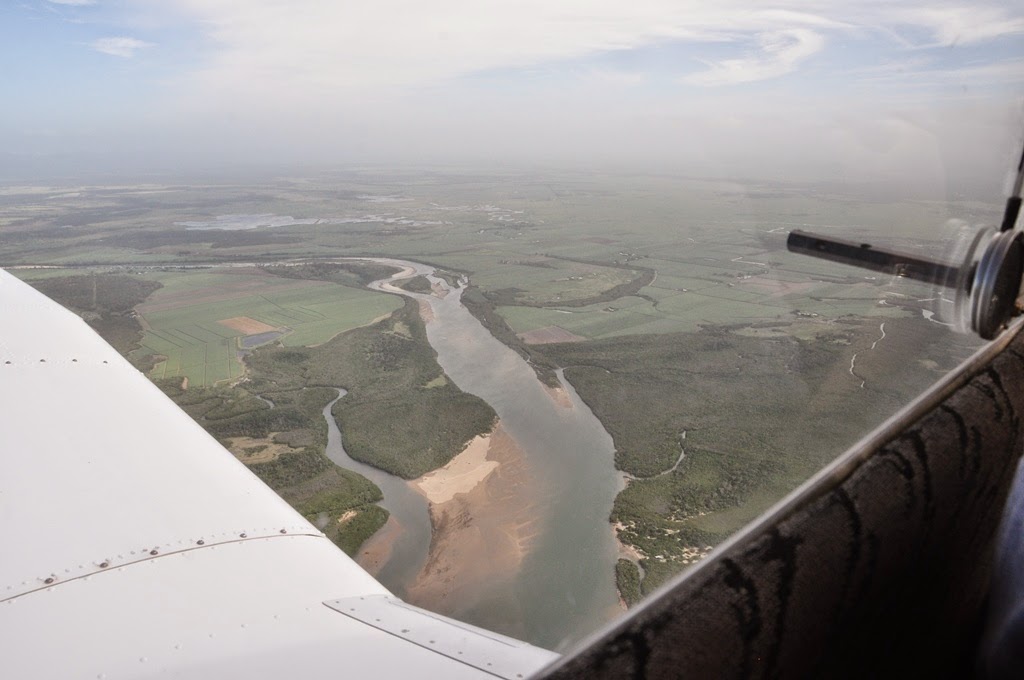 Tracking over Cannonvale and Airlie Beach, we soon sighted Runway 14 at the Whitsunday Airport and were soon after on finals. 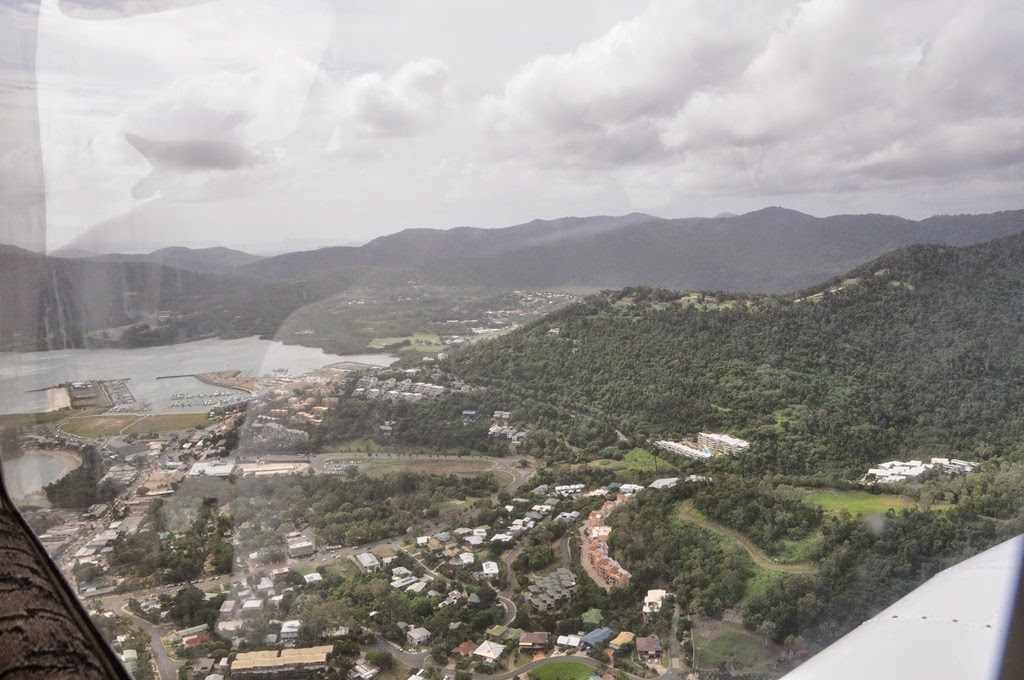 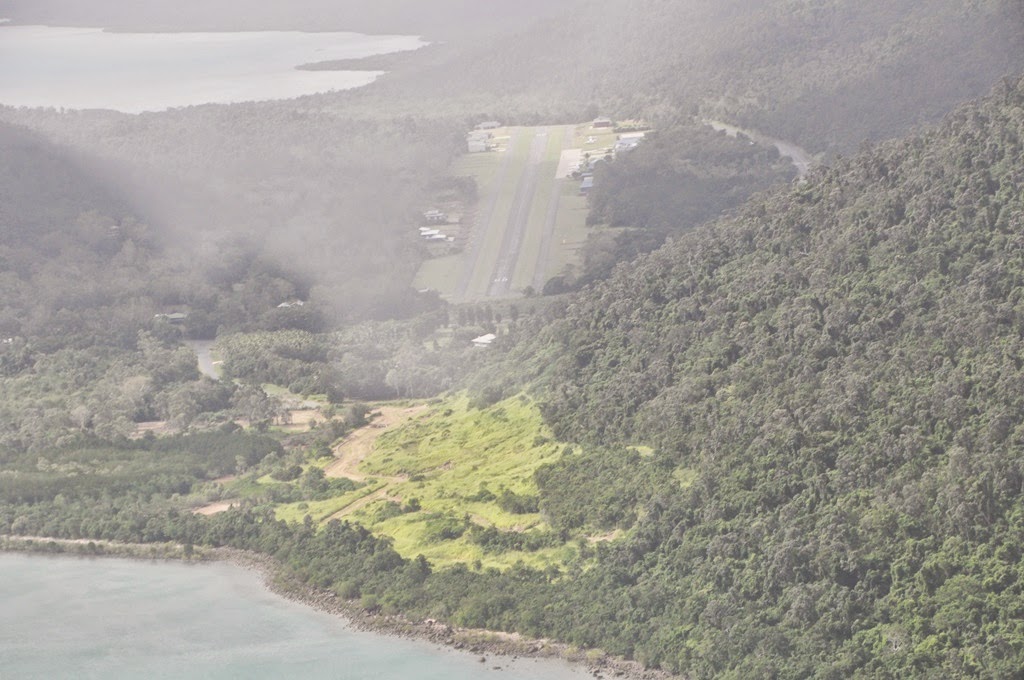 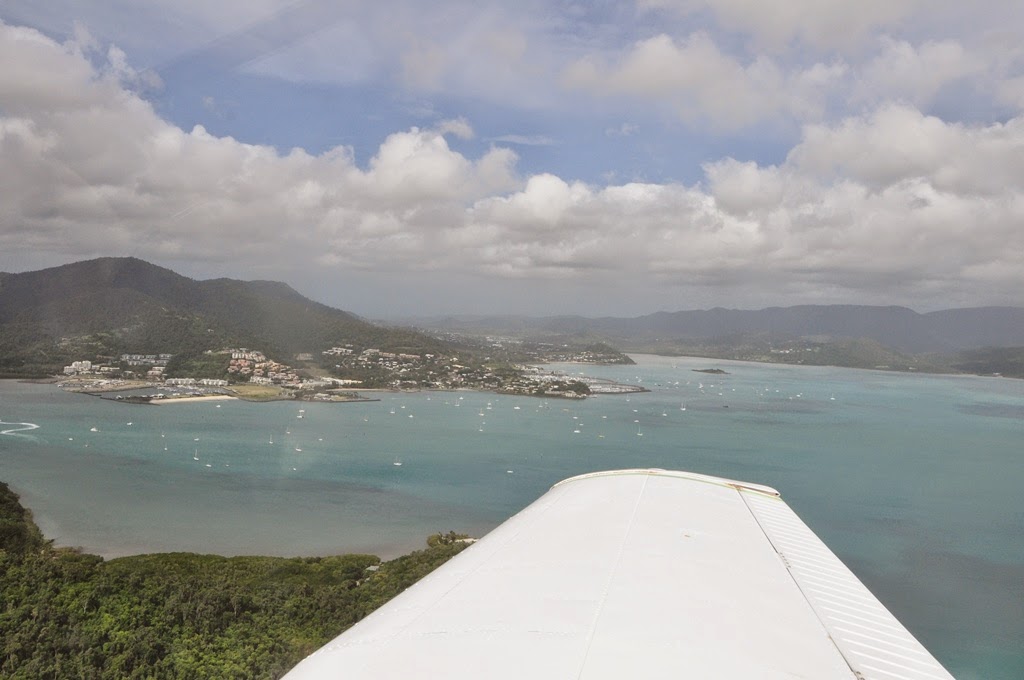 A little bit of a rough landing but we were down and taxied to our parking spot on the Northern end of the main Airport apron.  We joined the remaining aircraft of the Mackay Aero Club members who had all arrived earlier from Palmyra. 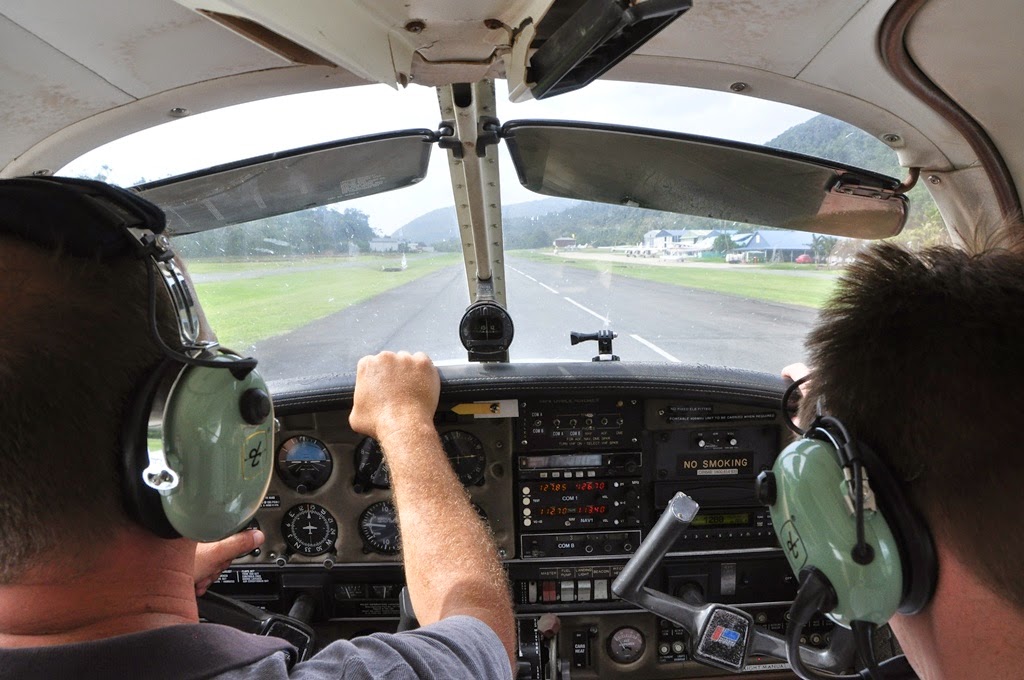 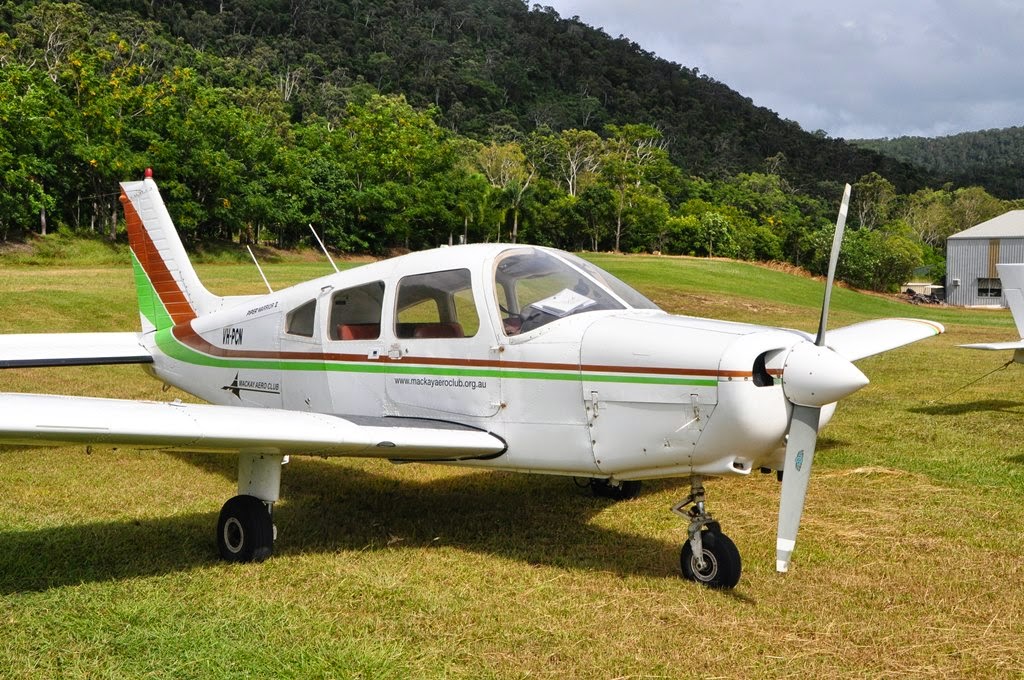 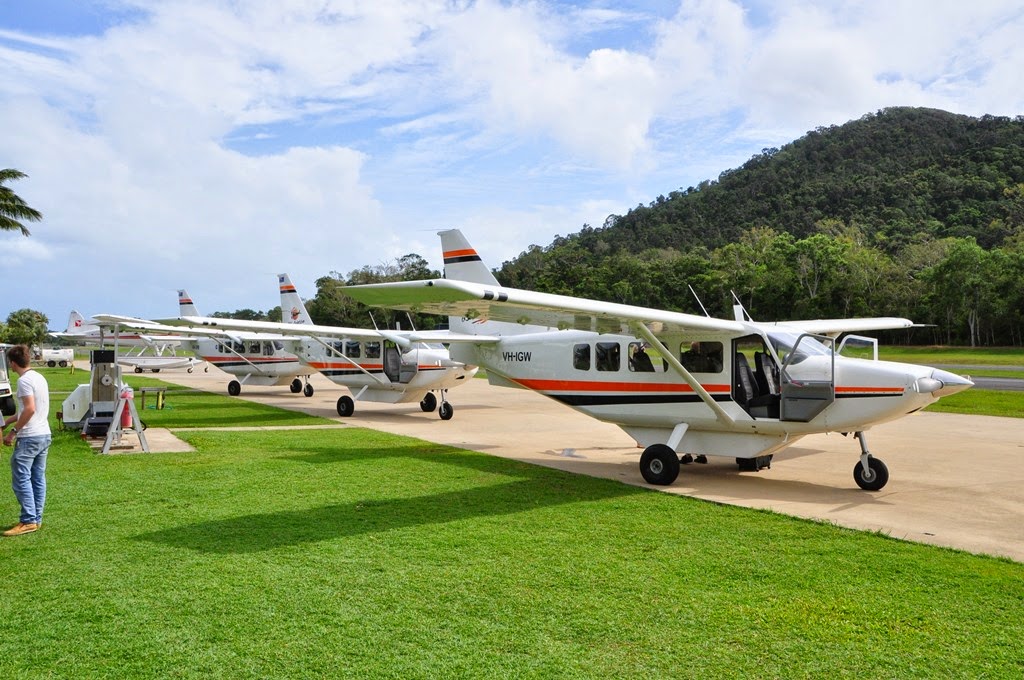 After waking past numerous Airvans of local operator GSL Aviation, we joined the Mackay Aero Club members for a great breakfast at the resident Beaver Bar. 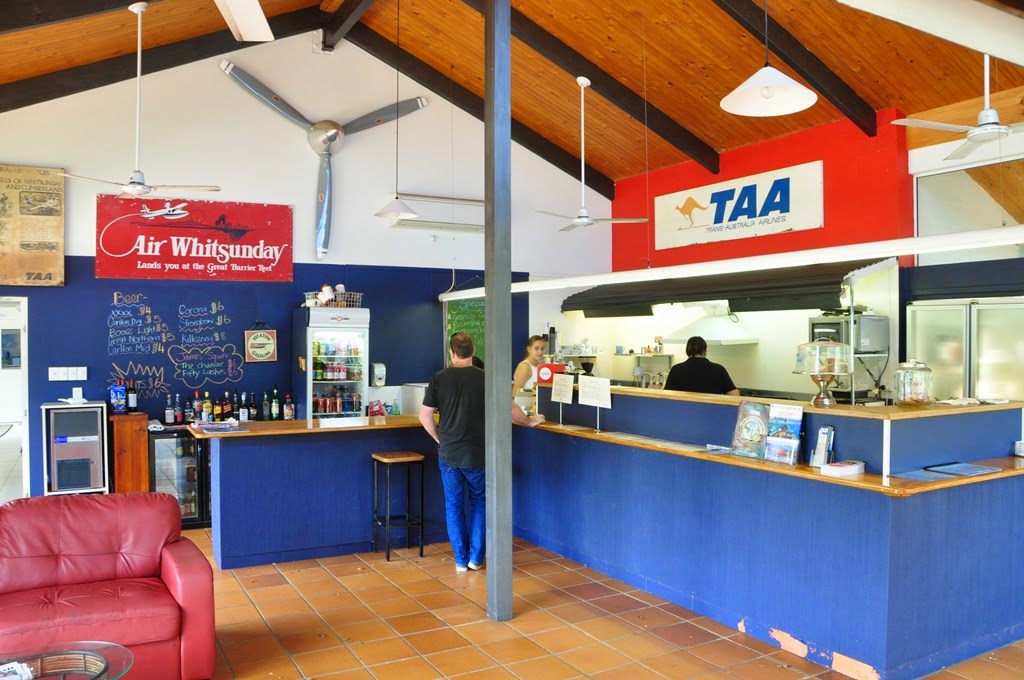 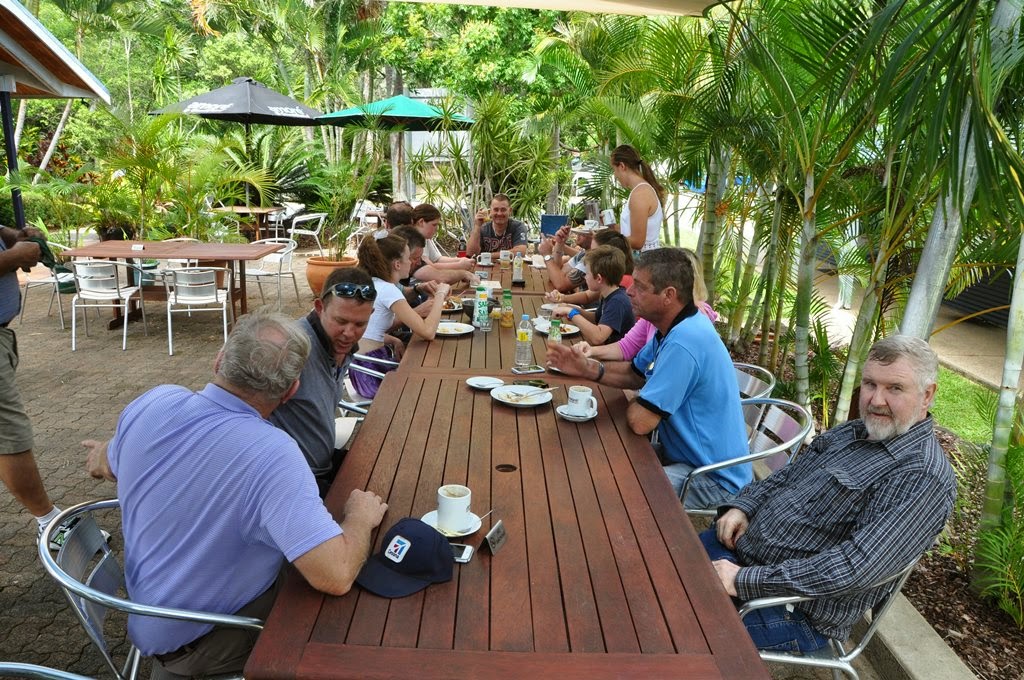 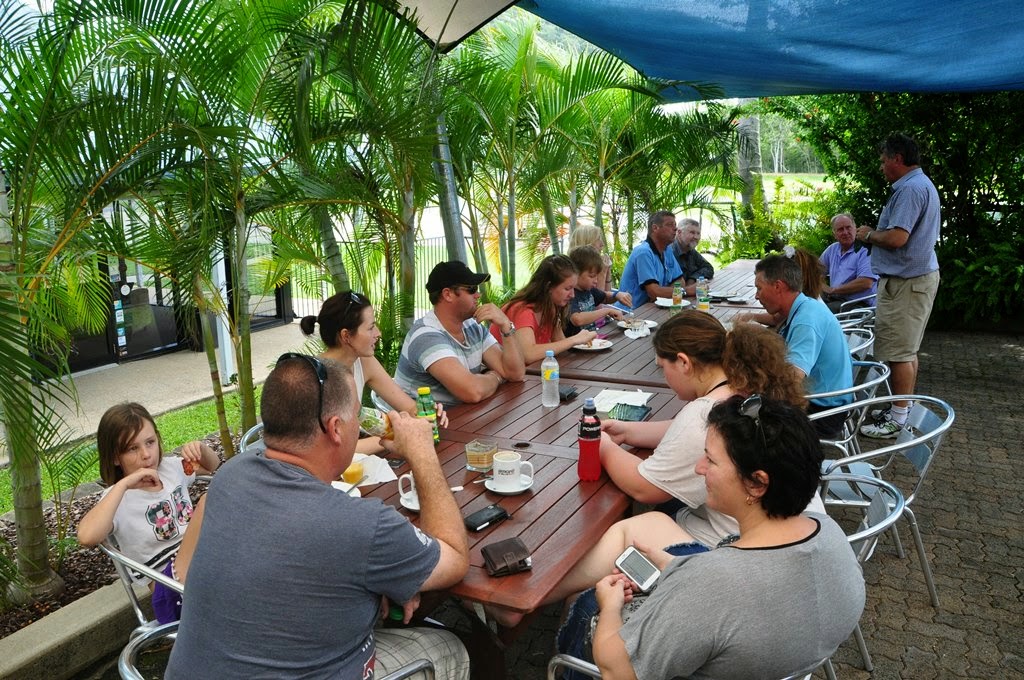 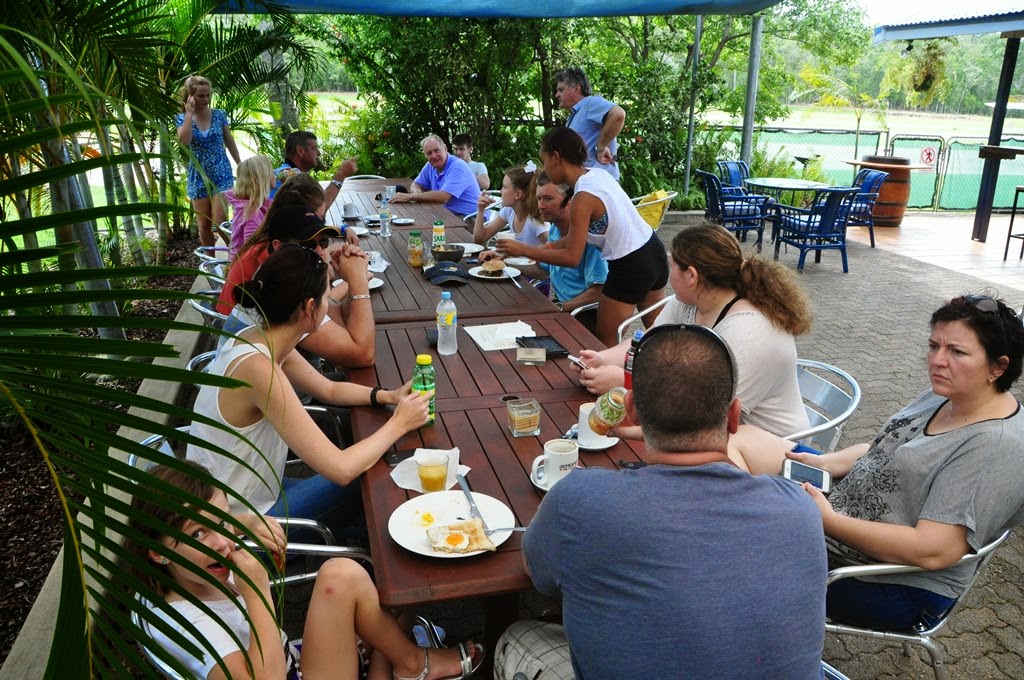 I chose not to re-join VH-PCN on the return journey - I felt a bit dusty after the bumpy approach in the morning - and one of the passengers was also feeling a bit off-colour, never-the-less, I thoroughly enjoyed meeting another great group of enthusiastic CQ aviators!

I'd like to sincerely Gary and David from the Mackay Aero Club for inviting me to join them on their Fly-Away to the Whitsunday Airport! 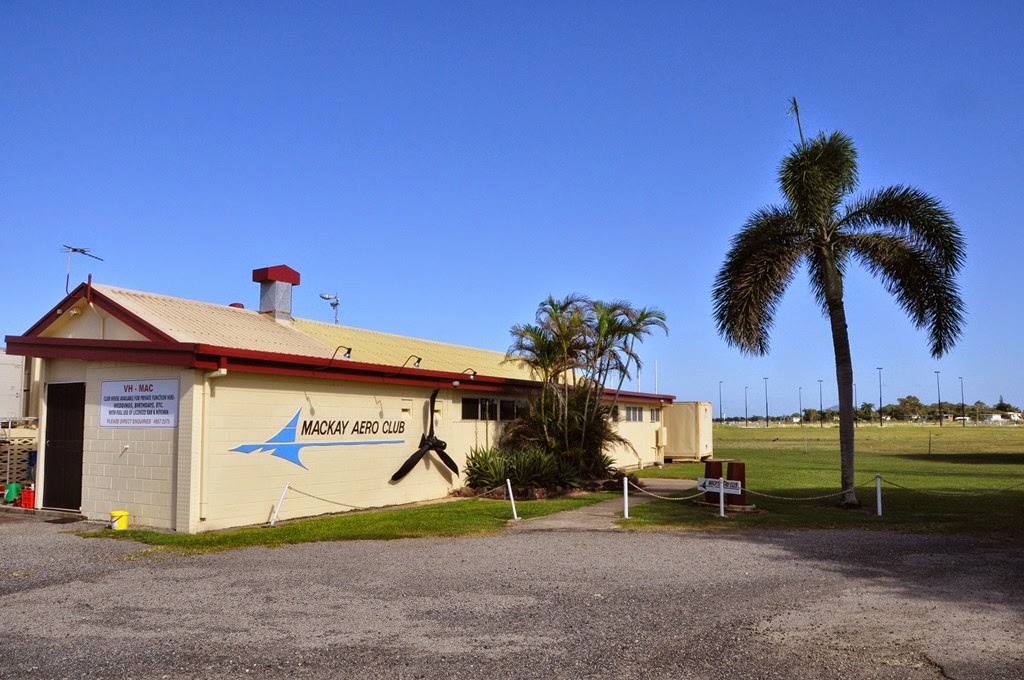 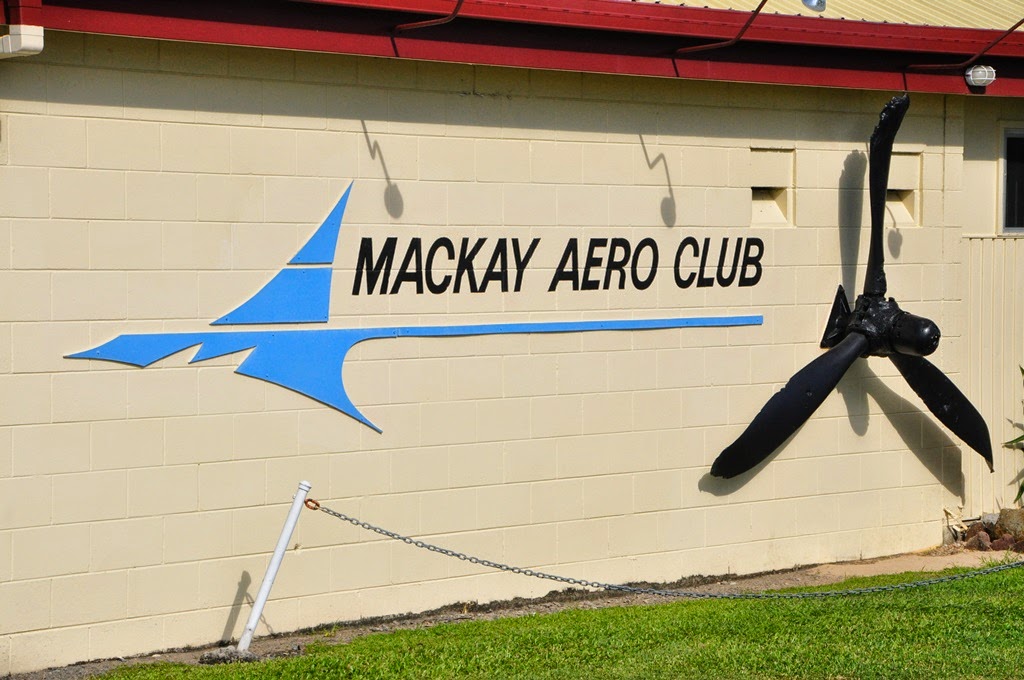 The Mackay Aero Club members meet at the clubhouse on Casey Avenue at Mackay Airport every Tuesday and Friday night, with dinner served on Friday nights as well.  More social events are planned in the coming months.  For more information on the Mackay Aero Club, including memberships, take a look at the Club's wesbite - http://www.mackayaeroclub.org.au/ - or alternative contact the Club on Phone/Fax:  (07) 4957 2575, or send an email to:  info@mackayaeroclub.org.au
Posted by Damian F at 10:30 AM