Local plane spotter 'IAD' popped out to Rockhampton Airport early on Wednesday 18 March to capture some photos of the visiting Tower Holdings Challenger 604 bizjet VH-EVJ - see Blog post below - but he was also able to capture some great photos as the early morning Virgin Australia service from Brisbane was forced to performed a missed approach at Rocky due to birds on the Runway. 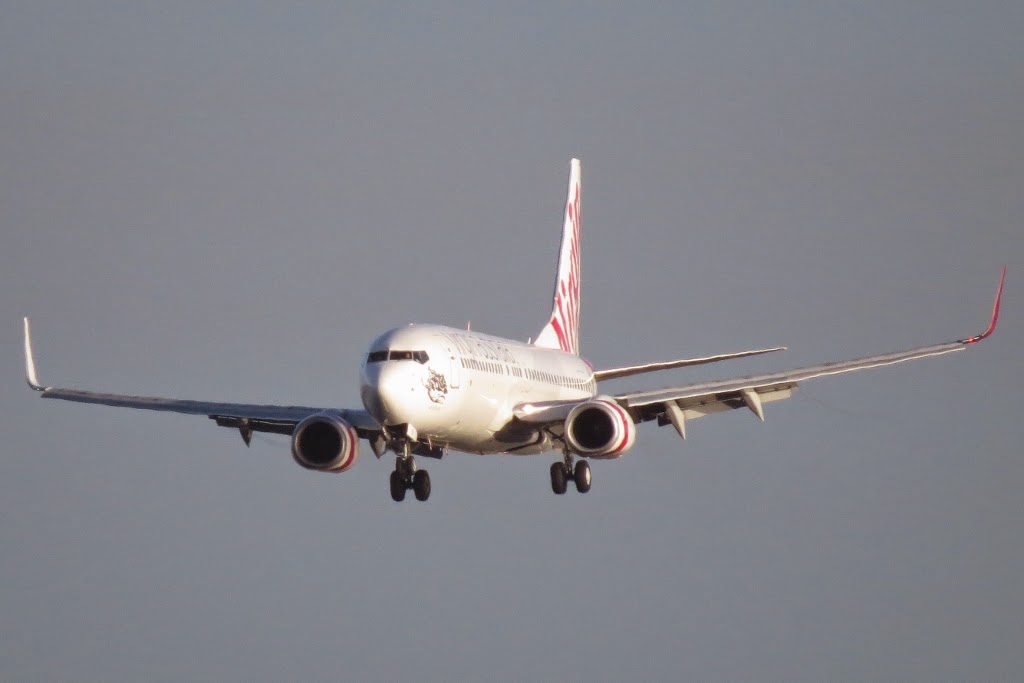 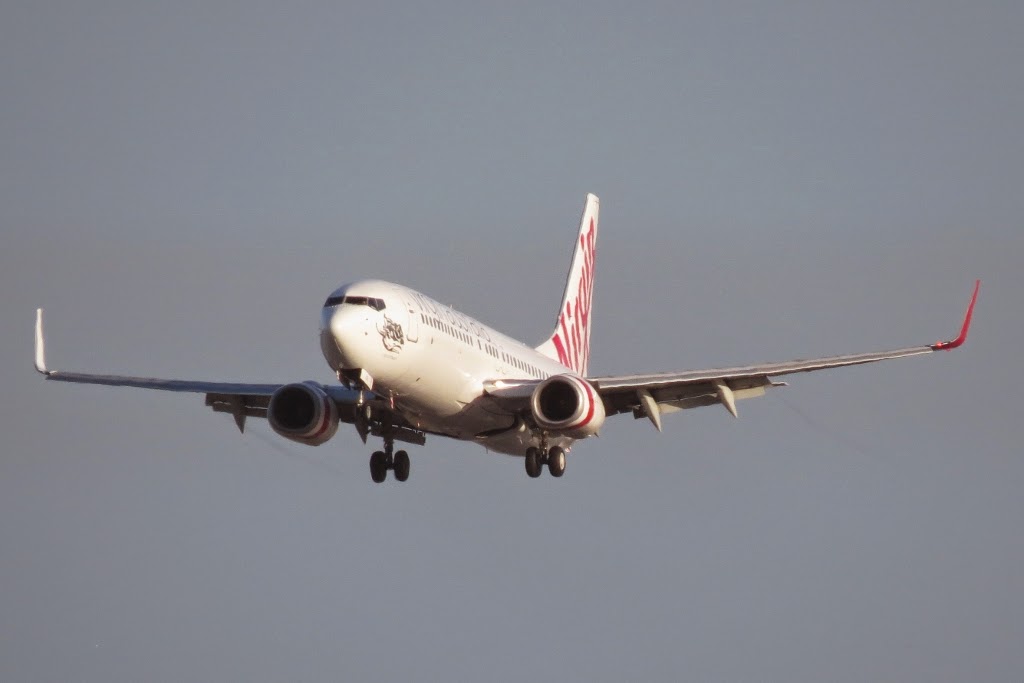 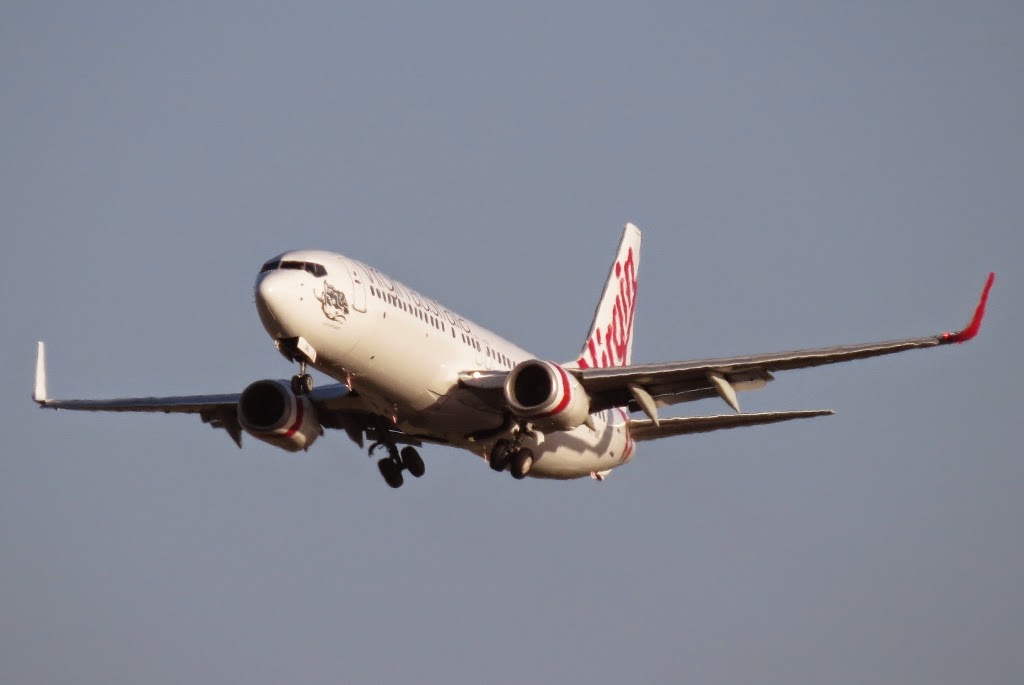 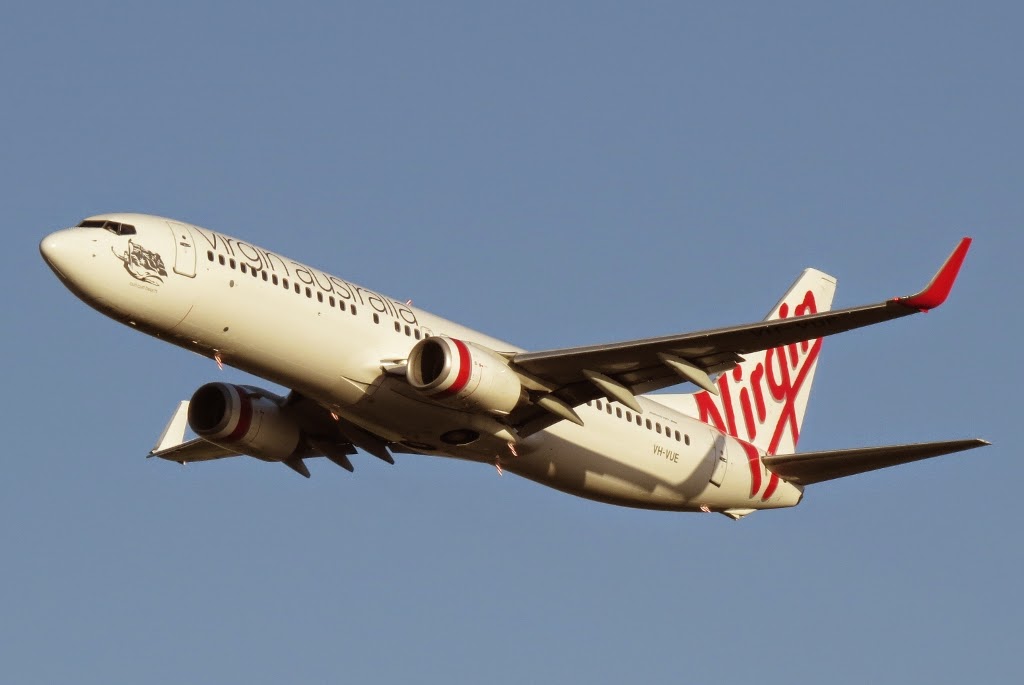 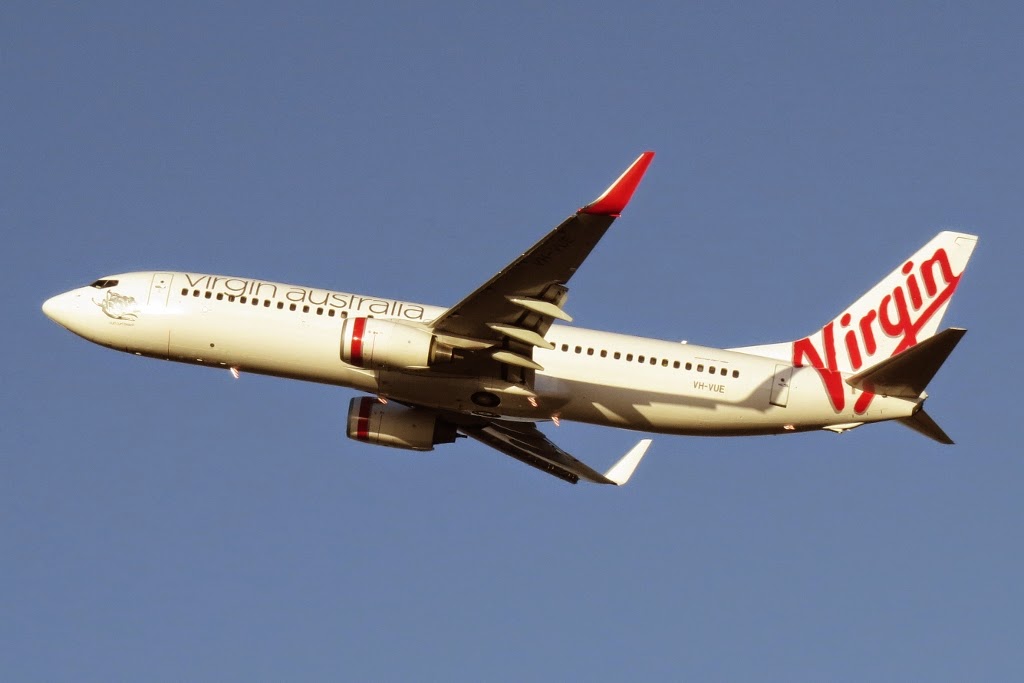 VH-VUE was operating the early morning VOZ1231 scheduled service from Brisbane - a flight usually operated by a much smaller ATR 72 of Virgin Australia Regional Airlines (VARA).

With the Runway cleared of the pesky birds, VH-VUE made a smooth landing on Runway 15 before taxiing to its parking spot. 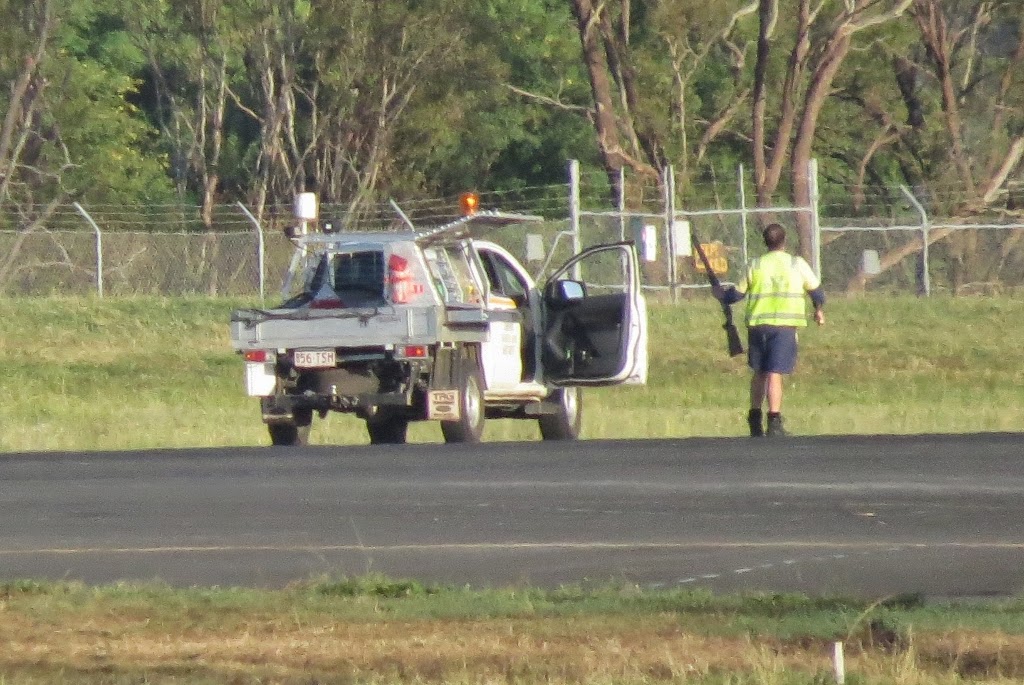 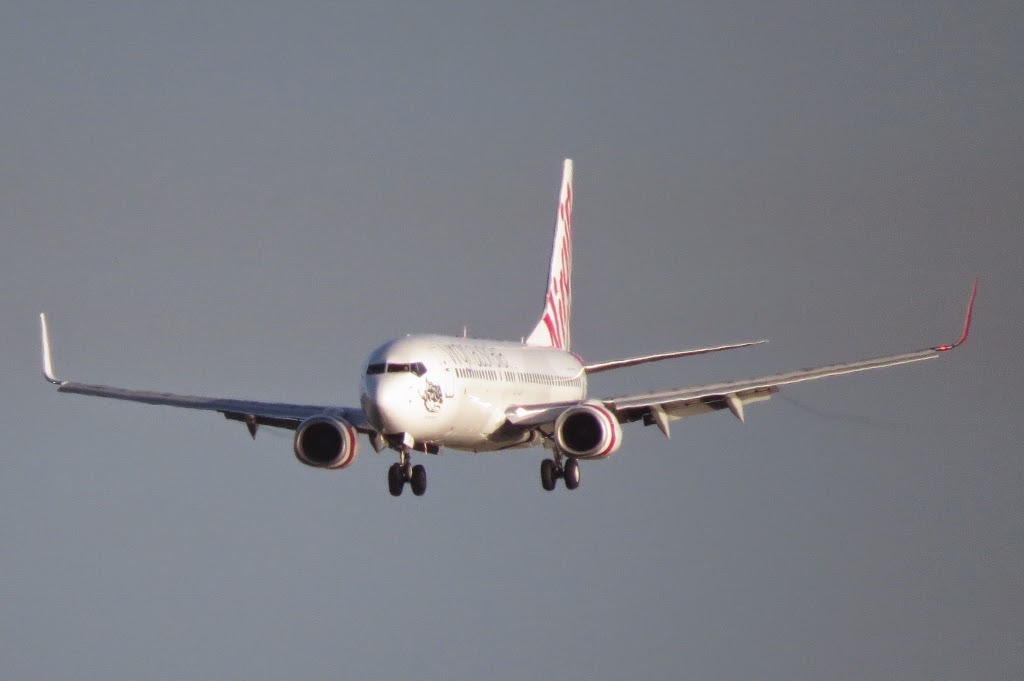 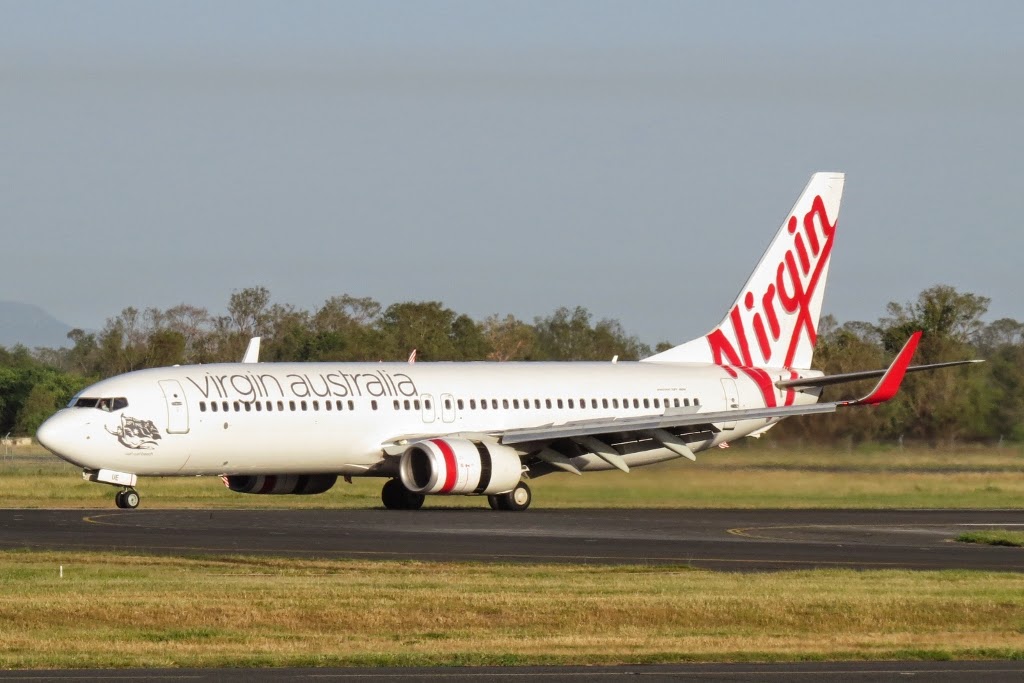 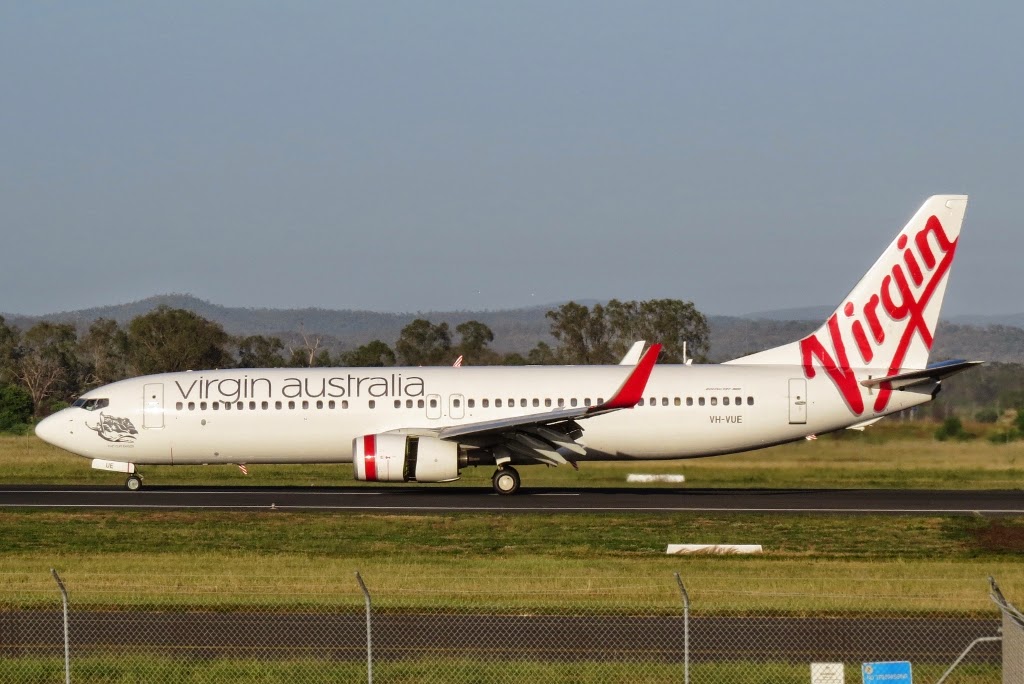 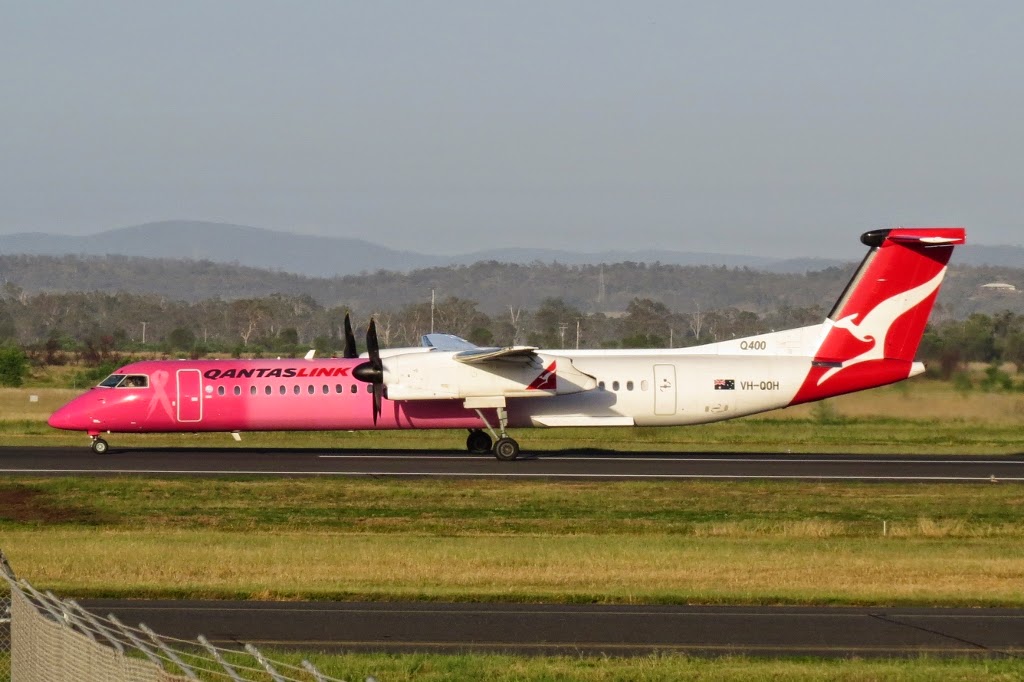