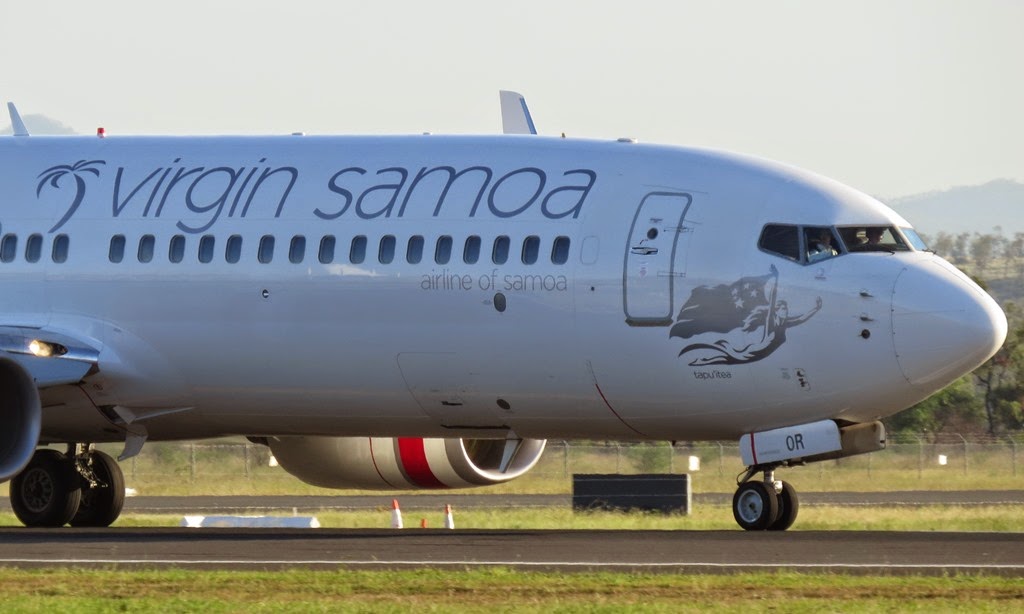 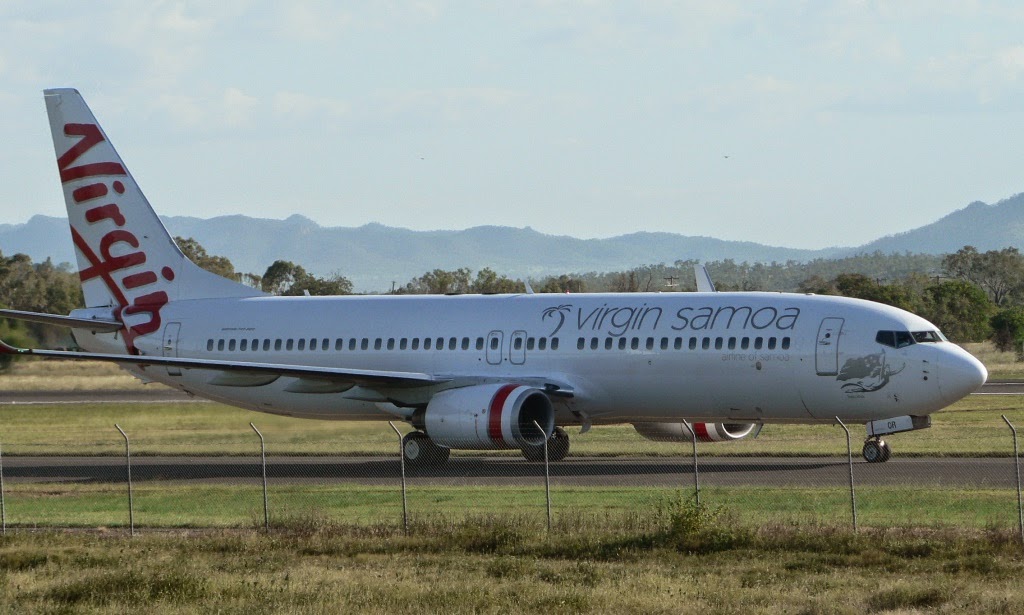 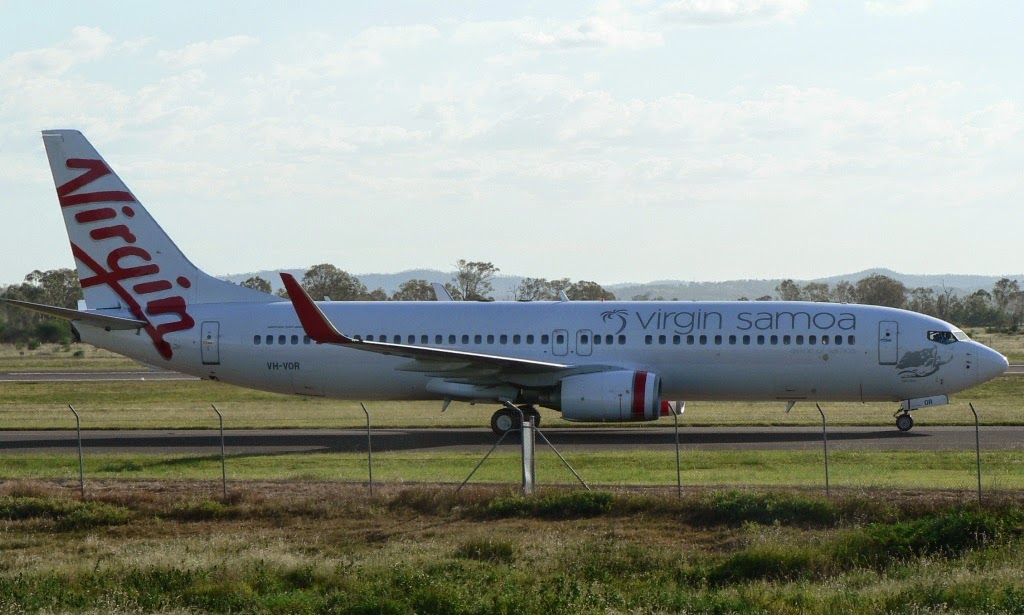 The B737-800 has only this week entered service with Virgin back on Australian routes, after operating as ZK-PBF for Virgin in New Zealand.  As shown, VH-VOR still wears the titles of Virgin Samoa - which was preceded by Polynesian Blue - for operations also into Western Samoa.  It also wears the name 'Tapu'itea'. 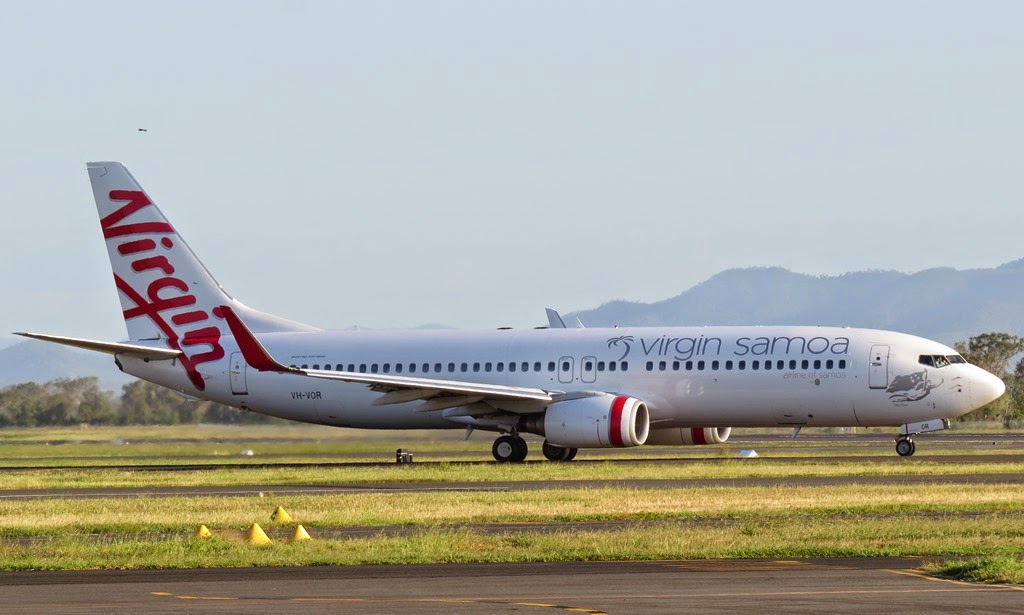 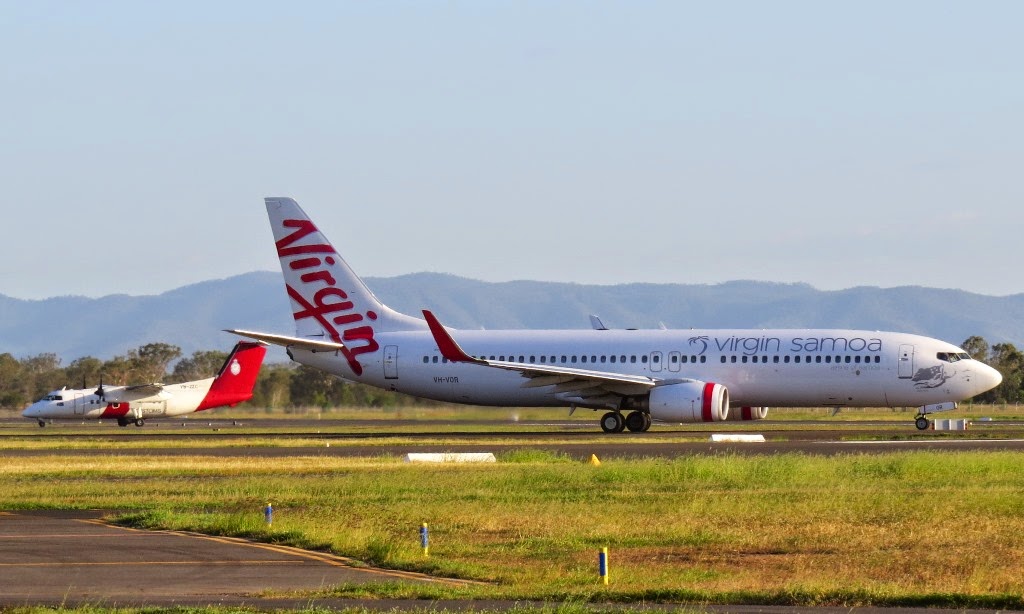 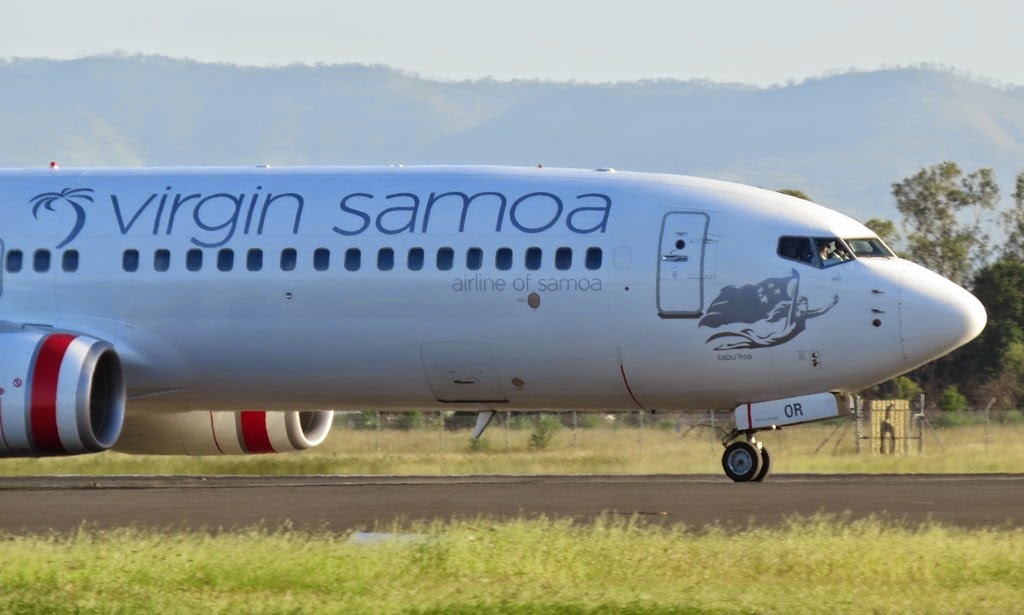 On Friday, VH-VOR operated the scheduled VOZ1245/1248 service from and back to Brisbane.

Sincere thanks to local plane spotters Don W and 'IAD' who ventured to Rockhampton Airport to catch this lovely aircraft!