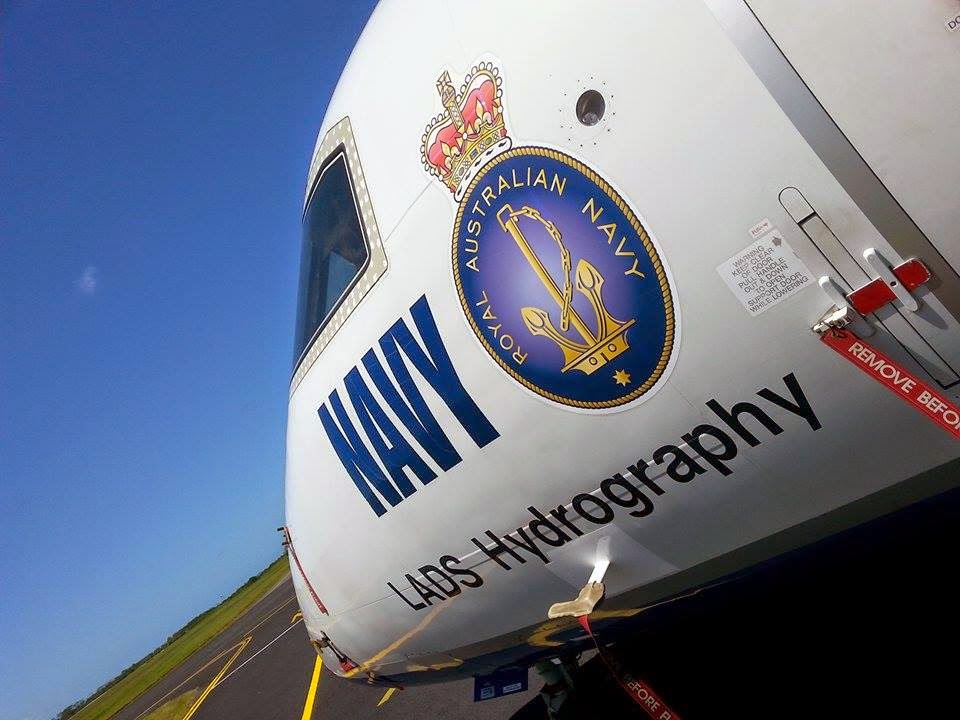 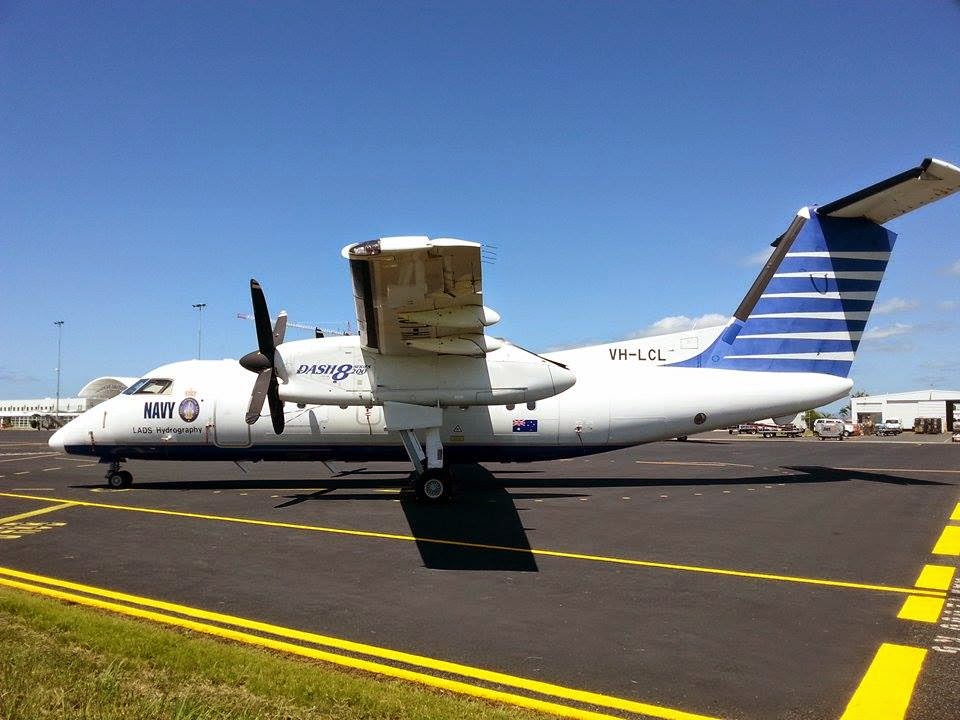 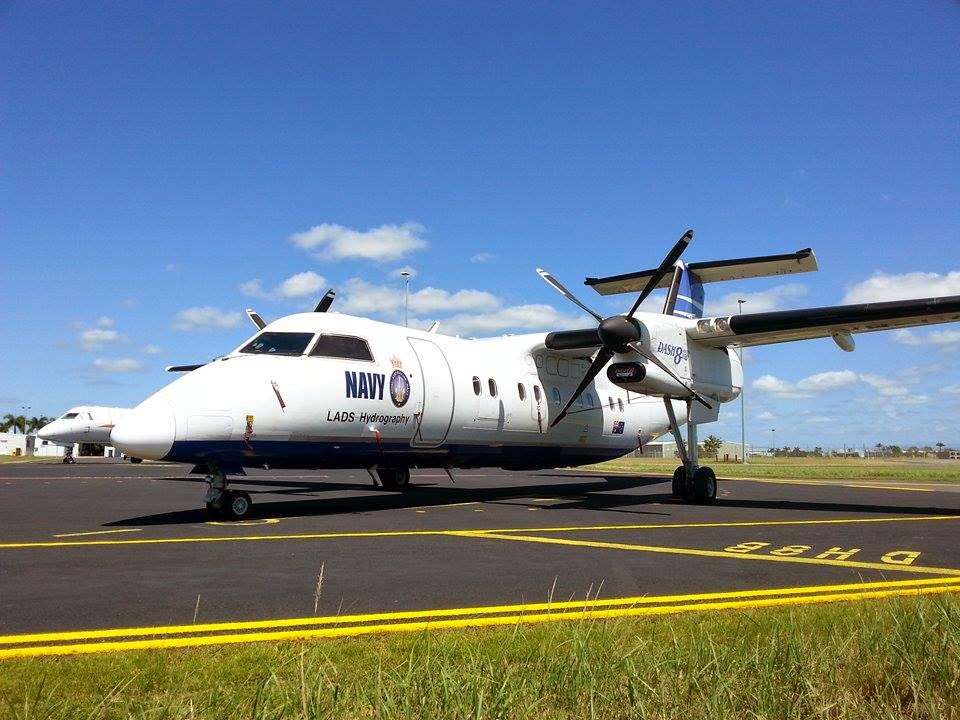 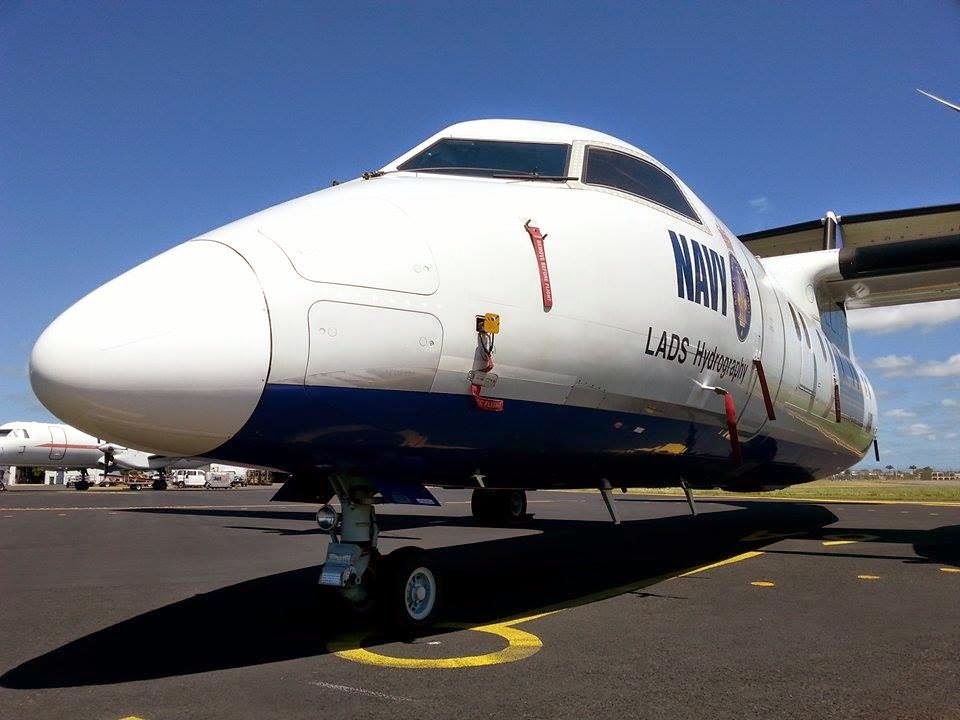 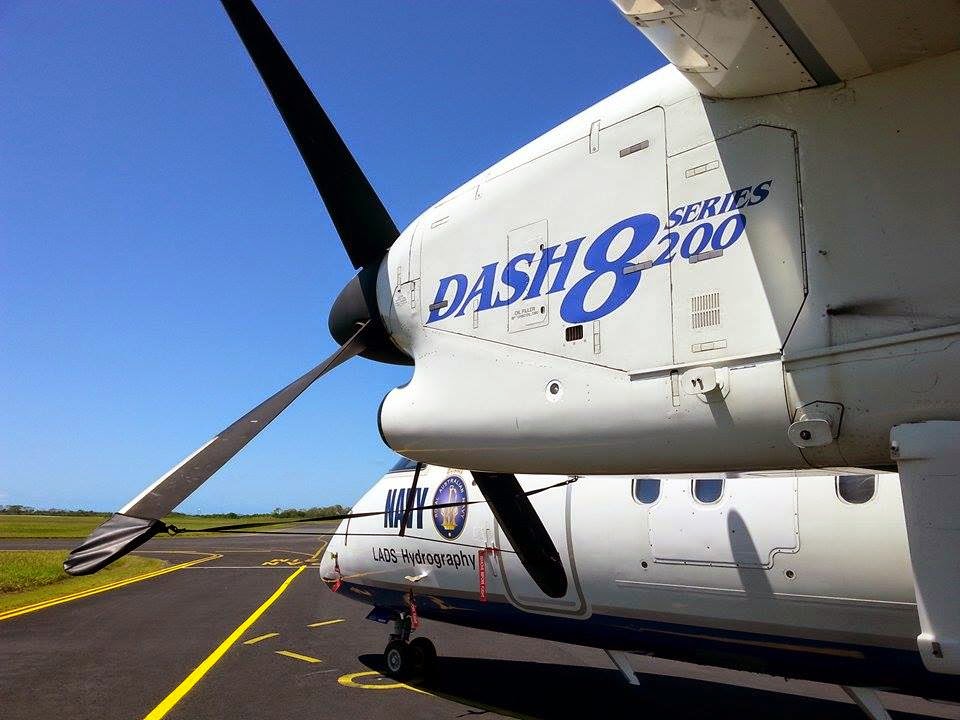 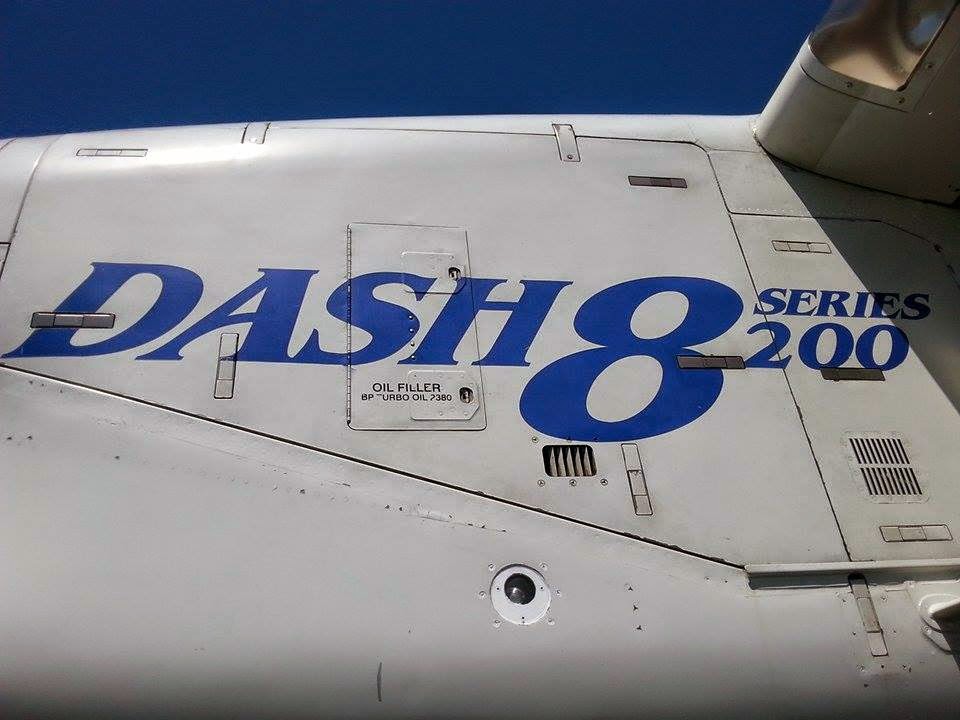 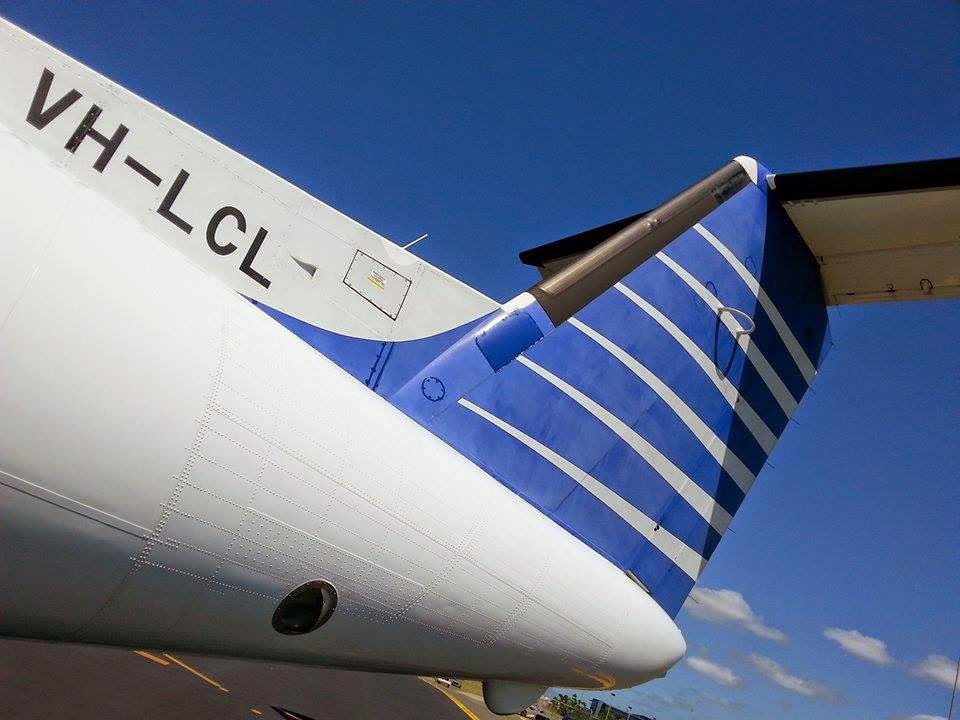 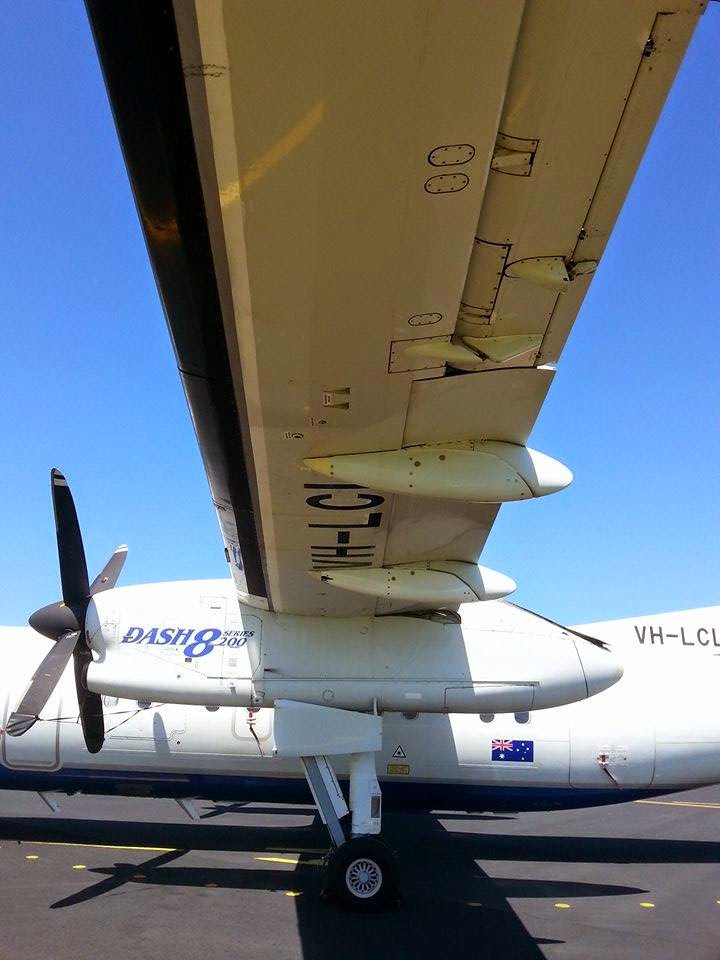 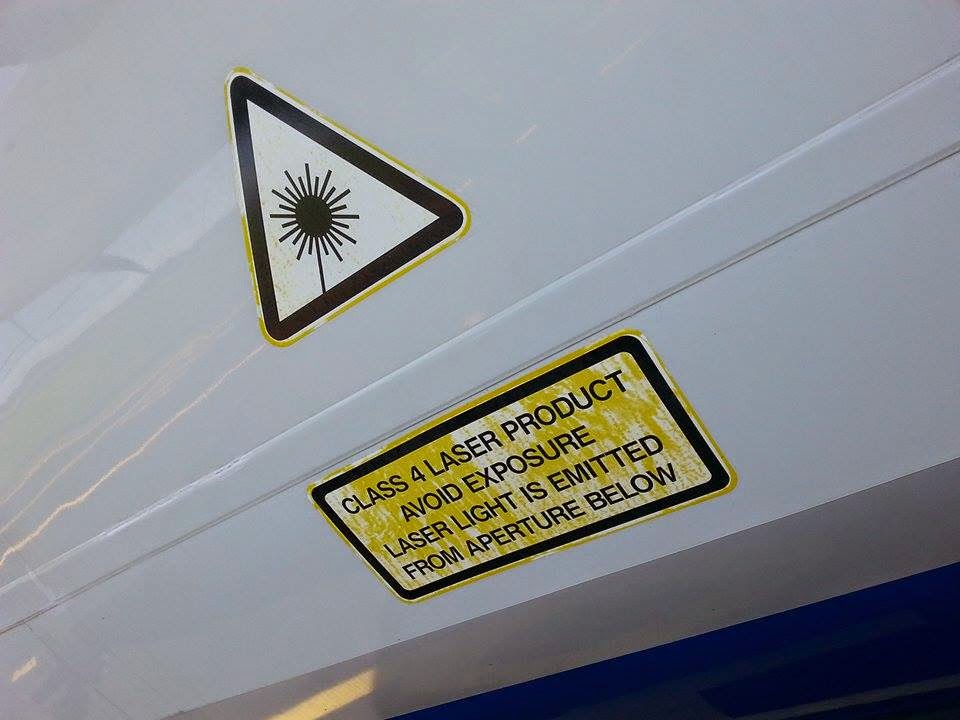 The heavily modified Dash-8-200 is usually based at Cairns Airport with Cobham Aviation but has come South to Mackay to escape the approaching heavy weather associated with Tropical Cyclone Nathan.

This is the first time that VH-LCL has graced the pages of the CQ Plane Spotting Blog.  The aircraft is operated by Surveillance Australia for Fugro LADS Corporation on a five-year lease to the Royal Australia Navy LADS Hydrography Institute.  The 'LADS' (Laser Airborne Depth Sounding) system is an aircraft based hydrographic surveying system that measures the difference between the sea surface and the sea floor as calculated from the aircraft's altitude to generate hydrographic data.  After operating overseas since it was delivered in late 1997, VH-LCL commenced operations with the RAN LADS Hydrography Institute in late 2009.

VH-LCL replaced Fokker F-27 VH-EWP which was operated by the RAN LADS Hydrography Institute / Australian Defence Force (ADF) from 1989 until its retirement in 2010.


Of interest, prior to operations the RAN / ADF, VH-EWP was operated on passenger services with East West Airlines throughout Eastern Australia.