Meanwhile, late on Monday 16 March, a pair of Royal Australian Navy (RAN) marked NH Industries MRH-90 Multi-Role Helicopters called into Rockhampton Airport, reportedly from the South.  Both choppers - A40-020 and A40-030 - were flying together under the radio callsign of "Poseidon Black". 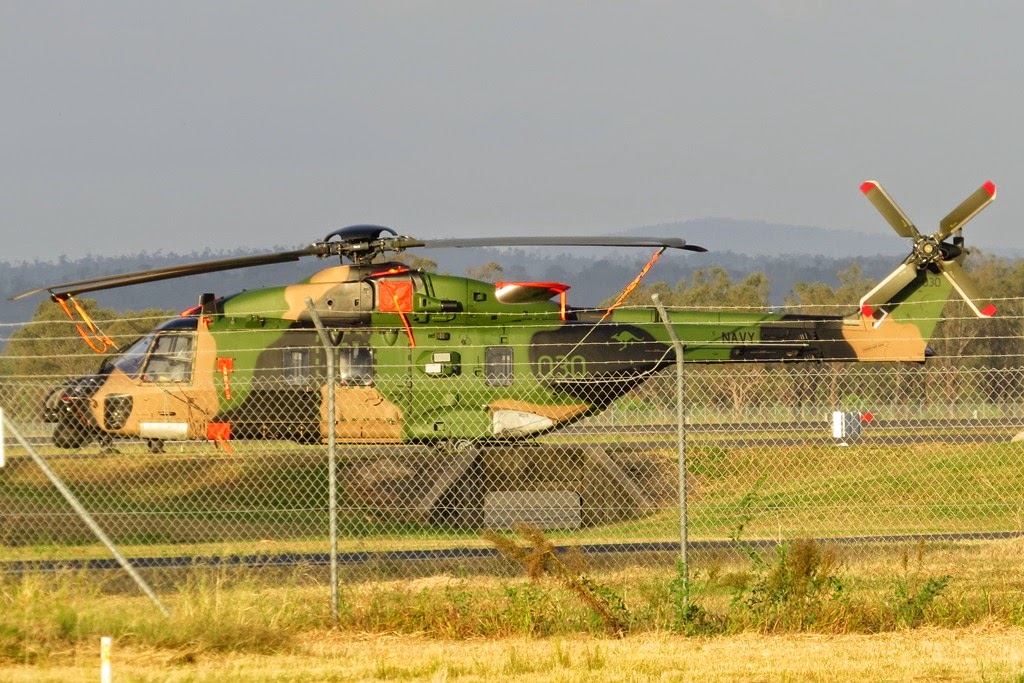 Later, A40-020 was heard to depart Rocky for Townsville alone as "Poseidon 20".  A40-030 remained parked at Rocky for the night, reportedly with technical issues.  It was spotted still sitting on the Northern end of the Rockhampton Airport apron early on Tuesday 17 March.