I was surprised to see that over the course of Monday 2 March and Tuesday 3 March, Alliance Airlines operated three additional Fly-in Fly-out (FIFO) charter flights into Emerald Airport. 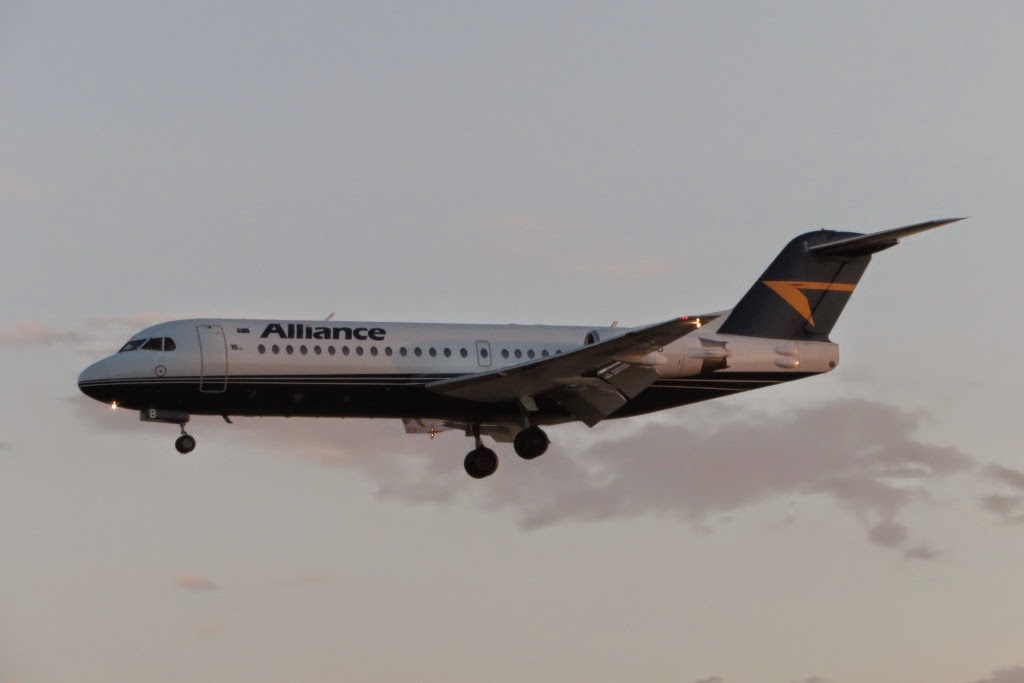 Early on Monday Fokker F-70 VH-QQY called into Emerald from and back to Brisbane as UTY4070/4061.  Then later on Monday, F-70 VH-JFB was spotted by me (from a distance!) on finals to Emerald Airport as UTY4068 from the Sunshine Coast and Brisbane.

Later that night, VH-JFB returned to the Sunny Coast and Brisbane before it returned again to Emerald early on Tuesday 3 March, again from touching down from Brisbane via the Sunshine Coast.

I believe these flights could be for Clermont Mine workers as I noticed that Corporate Air / Vee H Aviation SAAB 340s did not call into Clermont Aerodrome as they have done since Skytrans ceased operations in January.

Meanwhile, on Wednesday 4 March, Alliance Fokker F-70 VH-QQY returned to Emerald operating the usual weekly UTY1070/1071 FIFO charter from and back to Brisbane.  And an UPDATE for Wednesday 4 March, Alliance Fokker F-100 VH-FWH also called into Emerald from Ballera before departing back to Brisbane.  It had earlier flown to the gas fields area from Brisbane on a FIFO flight.

And of interest, Alliance Fokker F-70 VH-JFE looked to call into Emerald late last week on Friday 27 February operating a pair of return flights from Brisbane on behalf of QantasLink.

On the lighter side of movements out at Emerald Airport, the Queensland Government (State of Queensland) Raytheon B300 Super King Air VH-SGQ called in from Brisbane for a time on Tuesday 3 March.
Posted by Damian F at 7:28 PM