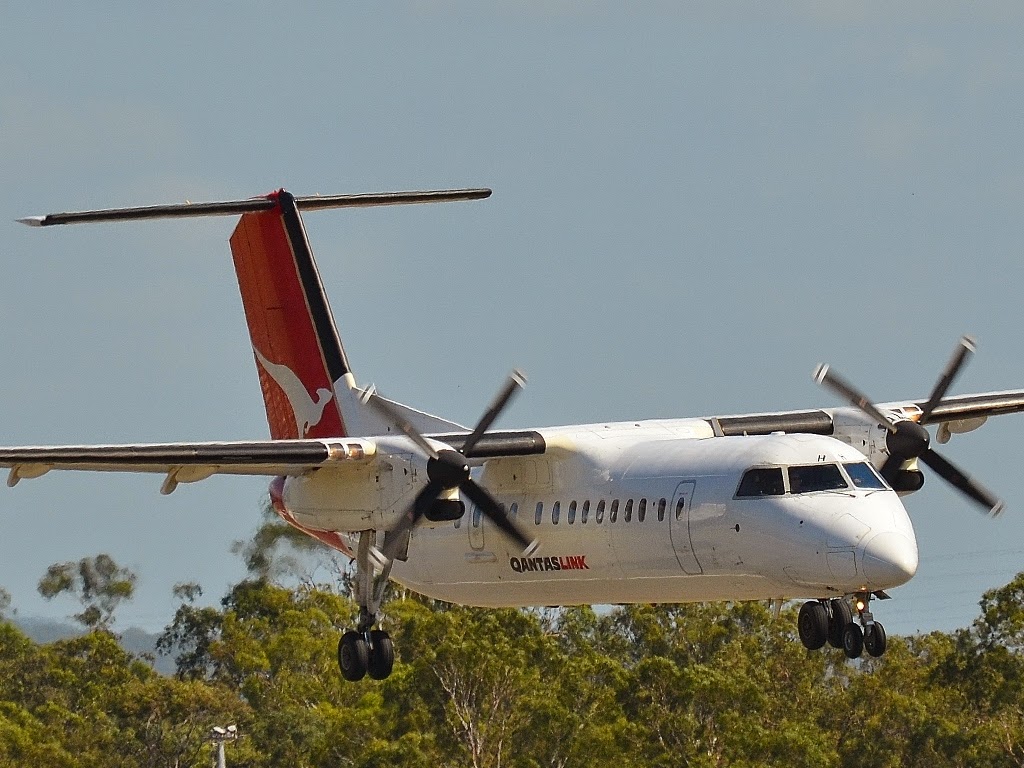 In what has been seen as a cost cutting measure, Qantas/QantasLink has shed four Dash-8-Q300 turboprop aircraft and closed down its Perth-based Dash-8-Q400 pilot base from Sunday 29 March.  The net result will see the QantasLink Dash-8 fleet work harder in a bid to cut costs. 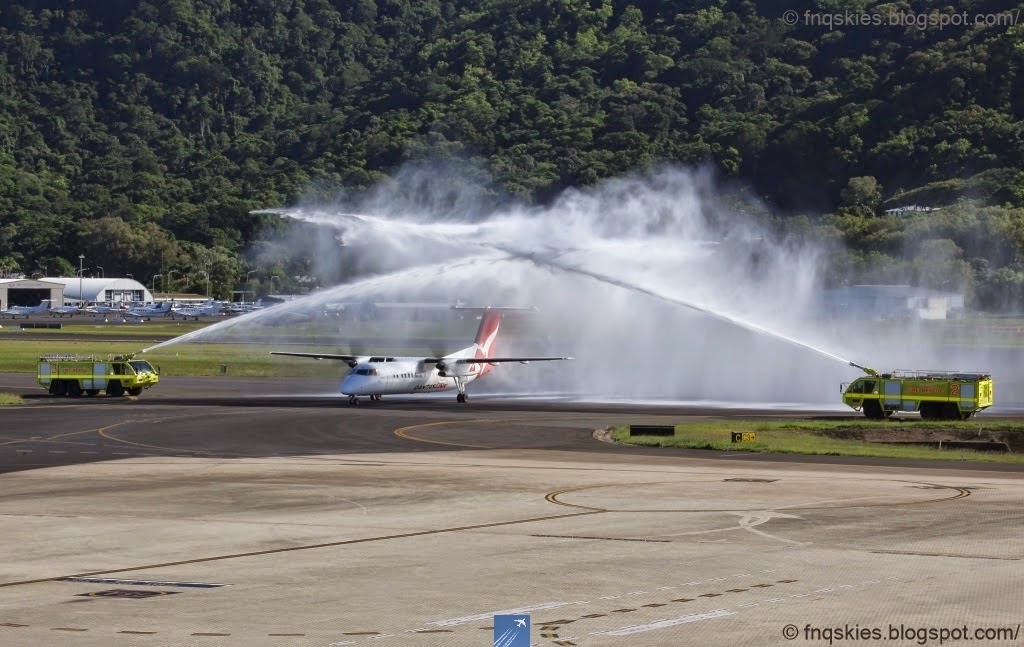 From Sunday, services including some into CQ Airports - Cairns to Hamilton Island, Horn Island, Townsville and Weipa, Townsville to Mt Isa, Mackay, Brisbane to Emerald and Newcastle, and between Mackay and Rockhampton Airports - will experience an increase in capacity as 74-seat Dash-8-Q400s will replace the 50-seat Dash-8-Q300s currently on these routes.

Also on Saturday 28 March, Dash-8-Q300s VH-TQD and VH-SBW were noted operating the morning and afternoon South-bound 'milk-run' flights from Cairns to Brisbane via Townsville, Mackay, Rockhampton and Gladstone, marking the final visit of the type into these ports.

Gladstone plane spotters Jamie and Tash have also sent through some great photos of various QantasLink Dash-8-Q300s to pass through the industrial city in recent days.

Of interest, QantasLink is also establishing a Dash-8-Q300 base in Adelaide, with a new route expected to be announced in the coming weeks.

Thanks to the FNQ Skies Blog for allowing us to share their great photo.  And thanks to Jamie and Tash for sending through some awesome photos of the classic Dash-8-Q300s that have recently passed through Gladstone Airport.

Photos taken by FNQ Skies Blog and Jamie & Tash  ©
Posted by Damian F at 8:00 AM