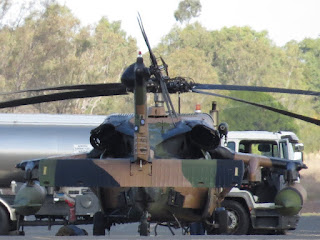 A nice surprise trio of arrivals at Rockhampton Airport late in the afternoon of Sunday 16 August as three Australian Army Sikorsky S-70A-9 Blackhawk helicopters flew in from the South.  They were identified as A25-206, A25-214 and A25-107.  Interesting to note they had ferry fuel tanks added. 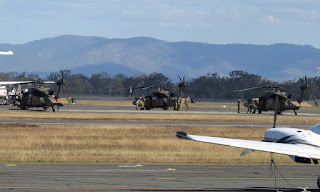 A25-206 was initially captured by local plane spotter Kayanne H as it departed to Townsville via Mackay as "Spartan 206". 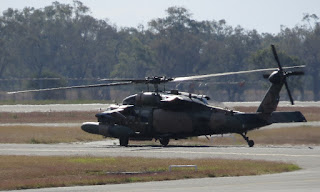 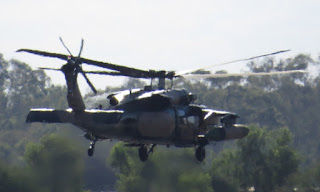 A25-214 also arrived from the South and also later departed to Townsville but as "Spartan 214". 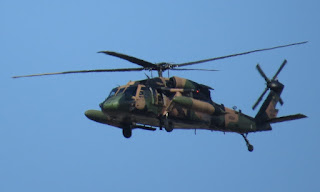 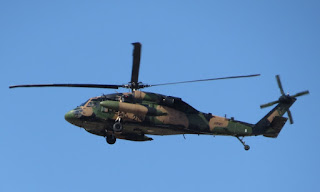 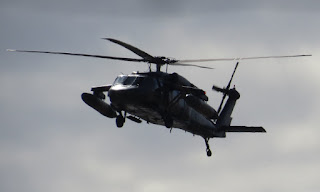 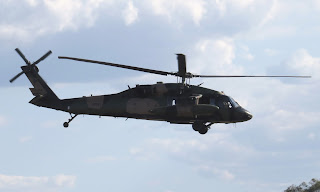 And finally, A25-107 completed the trio, also touching down from the South.  It too departed to Townsville but was spotted landing at Mackay Airport later in the afternoon with a possible loose fuel cap.  A25-107 was on the ground for only 5-10 minutes at Mackay before departing onward to Townsville as planned.  It was heard using the radio callsign of "Spartan 107". 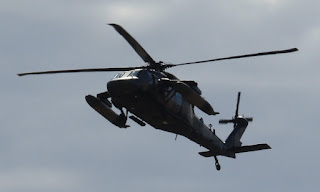 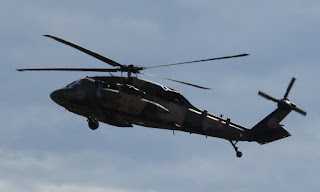 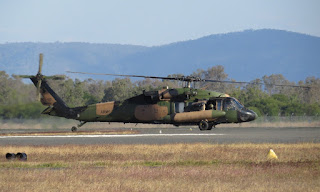 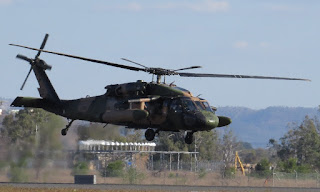 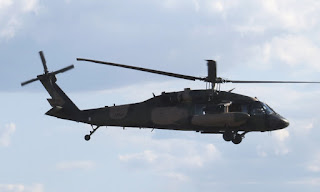 Meanwhile, it's also worth mentioning that on Saturday 15 August it is believed that Royal Australian Navy (RAN) MRH-90 Multi-Role Helicopter A40-026 may have called into Rockhampton as it was heard to 'depart to a ship' as "Poseidon 26".

Sincere thanks to Kayanne for taking the time to pop out to Rockhampton Airport and capture and send through these great photos!

All photos taken by Kayanne Hardsman  ©
Posted by Damian F at 8:30 AM