Also on Monday 18 August, Royal Australian Air Force (RAAF) Boeing B737-7DF(BBJ) A36-002 operated a training flight out of Canberra and either completed airwork or called into several airports up and down the New South Wales and Queensland coasts. 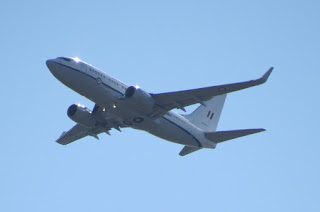 Local plane spotter 'IAD' was on hand as it carried out a missed approach at Rockhampton Airport during the afternoon.  It had flown South from Townsville and is believed to have carried on back to Canberra. 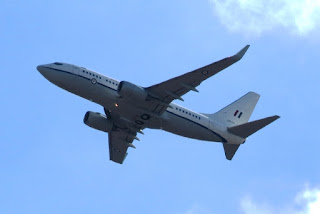 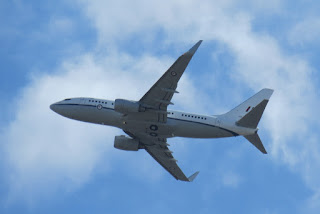 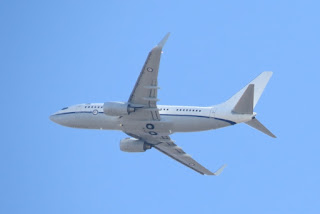 It was heard to use the radio callsign of "Envoy 57".