It's been a spectacular week of plane spotting action at Rockhampton Airport over the last week with the trio of bizjets that arrived on Tuesday 18 August undoubtedly the highlight - see our Blog Post HERE!

Local plane spotters have been kind enough to send through some awesome images of these bizjets, and more interesting light General Aviation (GA) aircraft and a couple of helicopters, that have called into Rockhampton Airport over the last week. 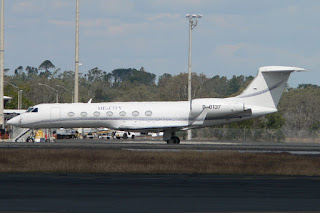 The bizjet action on Tuesday started with Chinese registered Gulfstream Aerospace G-V-SP Gulfstream G550 B-8137 touching down from Shanghai and Cairns.  It departed on Thursday 20 August for Melbourne (Tullamarine).  B-8137 was joined by Linfox Express Charter / Air National Australia Canadair CL-600-2B16 Challenger 604 VH-LEF.  The smart little challenger - which is usually based at Melbourne (Essendon) - arrived from Darwin.  It later departed to Brisbane and Melbourne (Tullamarine) Airport.  And finally, Embraer EMB-550 Legacy 500 N142GZ touched down from its Mackay base and departed to the Sunshine Coast. 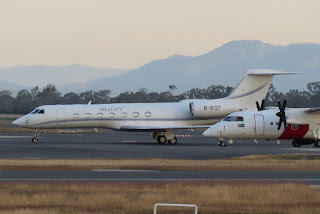 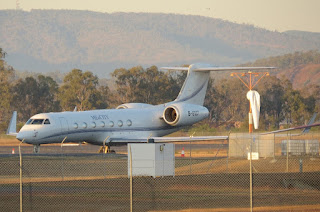 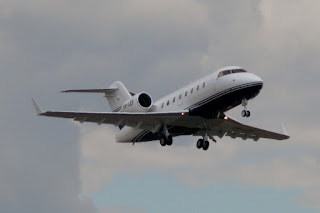 Also touching down at Rockhampton Airport this week was Basair Australia (of Bankstown) Cessna  152 VH-WWM which arrived from Mackay on Monday 17 August.  It later departed to Kingaroy and Archerfield. 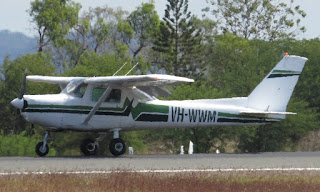 Also on Monday 17 August, Royal Flying Doctor Service (RFDS) Hawker Beechcraft B200 VH-FDG was captured departing on yet another med-evac mission as "FlyDoc 456". 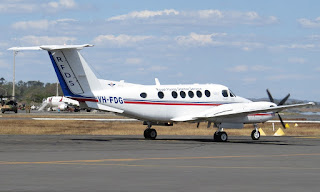 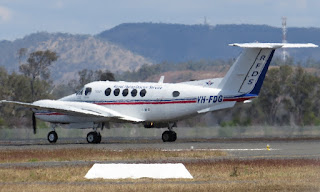 Surveillance Australia / Australian Customs and Border Protection Service (Cobham Aviation) Dash-8-202 VH-ZZA was spotted at various times during the week parked on the Northern end of the Rockhampton Airport apron and also operating sorties out of and back to the beef capital. 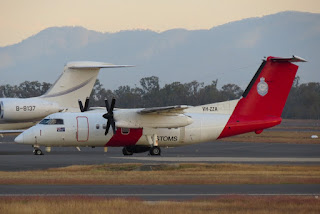 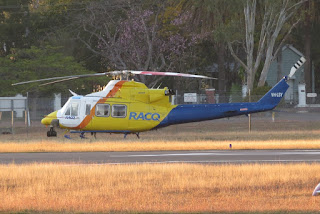 It appears that (at the time of writing) VH-LSY has taken over operations for the CHRS as "Rescue 300" while their usual Australian Helicopters-operated Bell 412EP VH-EPR has been noted undergoing maintenance inside the CHRS hangar at Rockhampton Airport. 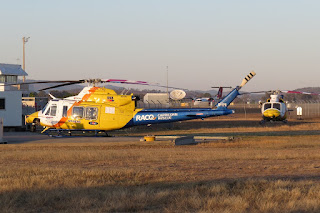 Later on Wednesday 19 August, Vanderfield Pilatus PC-12/47 VH-WPH  flew in from its Toowoomba base via Theodore.  After some time on the ground, VH-WPH departed back to Theodore and then Toowoomba. 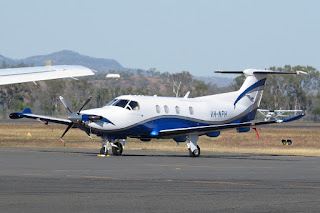 Finally, on Thursday 20 August, Cirrus SR22 VH-OBT was captured on the ground at Rockhampton prior to departing on a local flight.  The smart little Cirrus is locally registered. 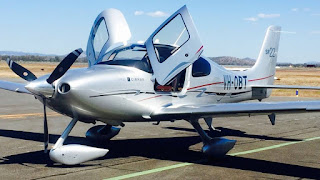 While Bishopp Aviation SOCATA TBM700 VH-VSV was also noted at Rockhampton Airport on Thursday 20 August after arriving from Archerfield.  It later departed to Gladstone and the Sunshine Coast before returning to Archerfield.

Sincere thanks to the local Rockhampton plane spotters for sending through their awesome photos of these great movements at Rockhampton Airport over the last week!