Local plane spotter 'IAD' popped out to Rockhampton Airport on Saturday 29 August and captured some great photos of a couple of interesting light General Aviation (GA) visitors.  Perhaps the nicest looking aircraft to arrive was Gippsaero GA8 Airvan VH-EHS of Go Air at Barwon Heads in Victoria.  It arrived from the Whitsunday Airport at Shute Harbour. 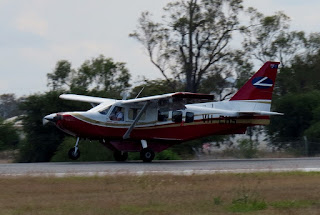 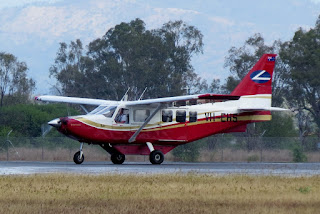 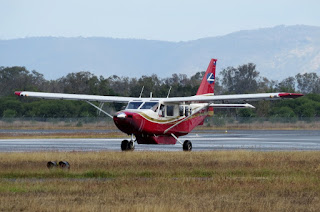 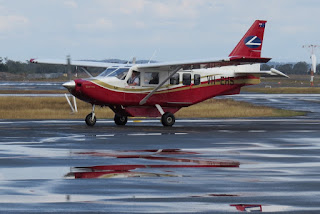 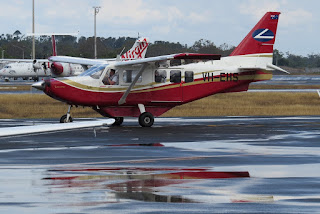 VH-EHS is involved with transporting cast and crew for the Civil Aviation Safety Authority's (CASA) Flight Safety Video - "Out-N-Back 2" - described as a mini-series following a VFR flight around the North-Eastern parts of Australia - Far North Queensland and now parts of Central Queensland.  More can be found on the video on CASA's Facebook page:  http://www.facebook.com/CivilAviationSafetyAuthority

I believe that Bathurst-based Cessna 172 VH-CYF of Stella Aviation is flying in company with VH-EHS.

Spotted departing Rockhampton Airport on Saturday 29 August was Cairns-based Cirrus SR-22 VH-REY.  It had earlier arrived from Cairns and was captured departing to the Sunshine Coast. 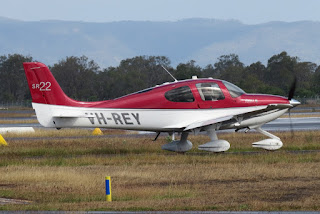 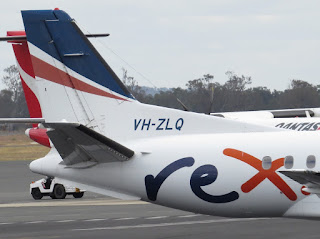 As mentioned, it called in from Brisbane and departed to Mackay and Cairns, ferrying the locally-based Central Queensland Capras Rugby League team North to play the Northern Pride in the Queensland Rugby League's Intrust Super Cup.

The Capras lost and so I presume it was a sombre flight back to Rocky very late on Saturday!

Finally, as this post is written, I note that Charleville-based Royal Flying Doctor Service (RFDS) Pilatus PC-12/45 VH-FDP "FlyDoc 434" called into Rockhampton Airport from Longreach late on Sunday 30 August.  It is due to depart to Charleville later.

Photos taken by 'IAD' and Kayanne Hardsman  ©
Posted by Damian F at 9:38 PM