A little bit of action at Hamilton Island Airport on Monday 3 August with a couple of nice bizjet movements and another visit by an Alliance Fokker F-100 operating for QantasLink.

Of the bizjets, Luft Aviation Charter Canadair CL-600-2B16 Challenger 604 N360PL which arrived at Hamo over the weekend, departed back to it Melbourne (Essendon) base around nightfall. 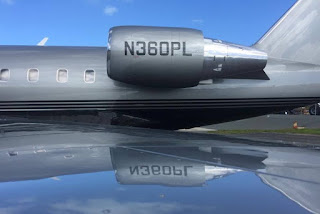 Another bizjet movement after dark was from Marcplan Charter Gulfstream G-IV VH-MBP which was captured making a very late departure to Cairns and Beijing, 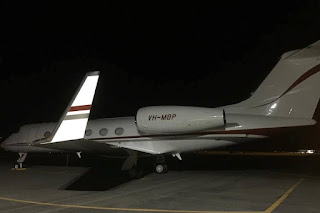 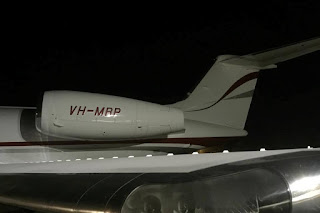 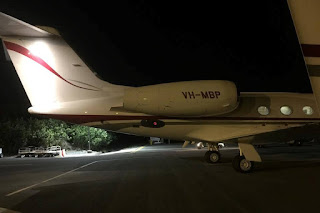 VH-MBP had arrived at Hamo from the Gold Coast on Sunday 2 August.

Meanwhile, earlier in the day, Alliance Airlines Fokker F-100 VH-XWN called into Hamilton Island Airport operating for QantasLink on the morning service from and back to Cairns.  VH-XWN operated as UTY2630/2631.

Of interest, VH-XWN called into Mackay Airport on Sunday 2 August also operating a flight for QantasLink.  It operated as UTY2630/2631 (again) and flew from Cairns to Townsville to Mackay and return.

Finally, Alizzi Aviation Beech B200 King Air VH-ZOS was noted departing back to its Ballarat base on Tuesday 4 August.  It had arrived from there on Sunday 2 August.