On Tuesday 25 August, Pacific Aerospace PAC 750XL ZK-KNQ was noted departing Longreach Airport for Darwin.  I presume that it had arrived the previous day from the Gold Coast and Toowoomba. 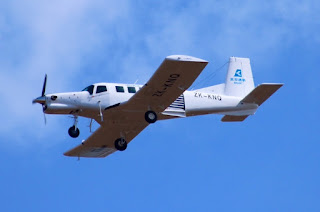 Brisbane-based plane spotter Brendan B was lucky enough to be at Darwin Airport on Tuesday as the ZK-KNQ arrived from Longreach.  It was noted wearing the titles and colours of Beijing General Aviation Company of China and is presumably on a delivery flight from New Zealand. 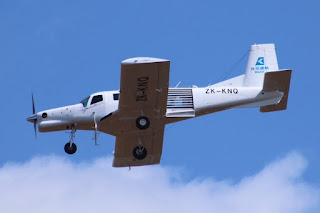 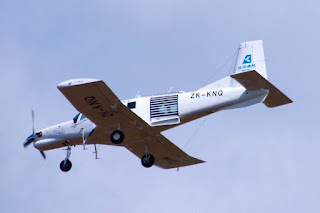 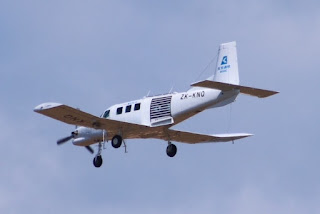 Finally, Toowoomba-based Beech B200 King Air VH-NME operated what looks to be the 'weekly' flight from Brisbane-West Wellcamp Airport to Longreach and on to Cloncurry.  It called in on Monday 24 August.

A massive thanks to Brendan yet again for his continued support of the CQ Plane Spotting Blog and sending through these awesome photos from Hervey Bay and Bundaberg.

All photos taken by Brendan Berry  ©
Posted by Damian F at 6:18 PM