An interesting movement into both Rockhampton and Mackay Airports on Saturday 29 August was Pel Air / Regional Express (REX) SAAB 340B VH-ZLQ. 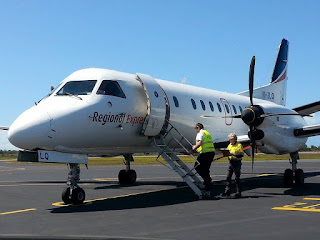 It was noted arriving into Rocky from Brisbane as PFY9880. 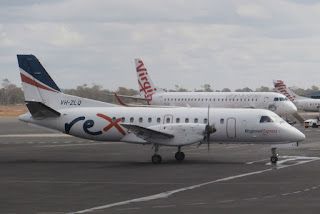 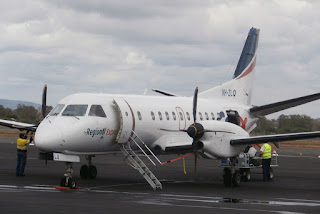 VH-ZLQ was being used by the locally-based Central (CQ) Capras Rugby League Club to fly the senior first grade team and support staff to Cairns to take on the Northern Pride in the Queensland Rugby League's Intrust Super Cup. 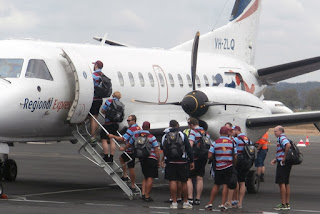 However, after VH-ZLQ departed Rockhampton as PFY9270, it landed at Mackay where it is believed that it took on additional fuel before it departed onward to Cairns. 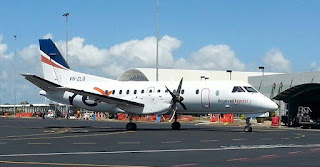 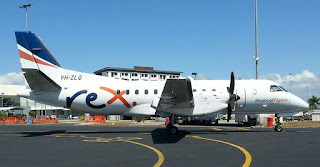 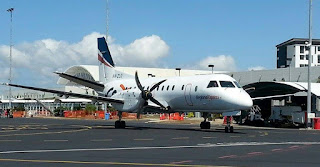 Local plane spotter 'AC' even captured VH-ZLQ on the ground at Mackay Airport alongside Pel-Air SAAB 340A Freighter VH-EKT which is resting at Mackay over the weekend. 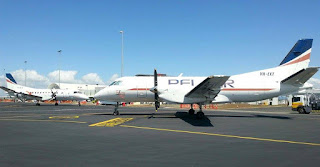 Of interest, VH-ZLQ is expected to fly back to Mackay and Rockhampton from Cairns later on Saturday 29 August as PFY9271, eventually touching down back at Brisbane in the wee small hours of Sunday 30 August as PFY9881.

UPDATE!  Looks like it will be a sombre flight home to Rockhampton for the Capras as they were flogged by the Northern Pride in their game today!