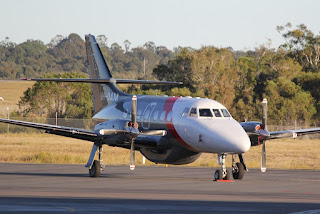 It appears that VH-OAM is on a tourist charter with it noted flying low level over Fraser Island before landing at Hervey Bay.  In fact its journey started at De Bruin's Mount Gambier base in South Australia, and has taken in stops at Melbourne (Essendon), Merimbula, Newcastle and Balina.

Of interest, De Bruin Aviation was born out of the former O'Connor Airlines which ceased operations on 2007.  De Bruin operates a fleet of Jetstream J32 and Vulcanair (Partenavia) P68 aircraft in various roles including general charter, Fly-in Fly-out (FIFO) charter flights and aerial surveying and photography.

UPDATE!  VH-OAM was due to head to Rockhampton, Townsville and Cairns on Saturday 8 August. 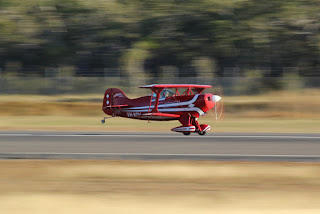