Another two Australian Army Sikorsky S-70A-9 Blackhawk helicopters - identified as A25-101 and A25-110 - have called into Rockhampton Airport on Monday 17 August.  Their visit comes the day after three others passed through heading North to Townsville. 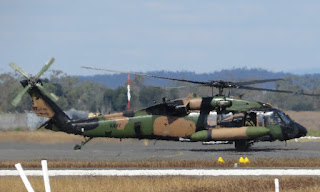 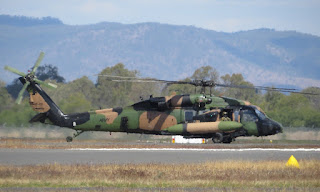 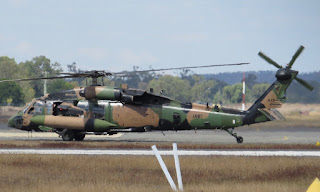 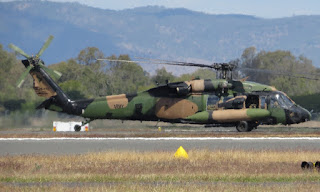 And after taking on fuel both Blackhawks also departed to Townsville via Mackay as "Spartan 101" and "Spartan 110" respectively.

Interesting to note they also had ferry fuel tanks added.

I'm told there is an Exercise currently underway around Townsville so I assume that these five Blackhawks - of the Army's 171st Aviation Squadron (forming part of the 6th Aviation Regiment) based at Holsworthy Barracks near Sydney - are participating in someway.

All photos taken by Kayanne Hardsman  ©
Posted by Damian F at 7:02 PM