Bushfires around Mount Morgan saw several fire-fighting and surveillance helicopters and aircraft fly around the Rockhampton area and into Rockhampton Airport on this week.  On Tuesday 11 August, McDermott Aviation Bell 214B Big-lifter Helicopter N254SM was captured by local plane spotter Isaac M flying around Rocky as "Helitack 411". 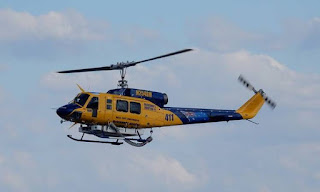 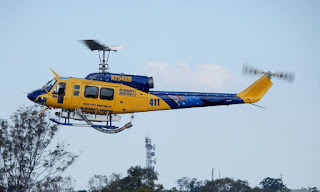 OAS Parts (Bell) UH-1H Iroquois Helicopter VH-OXE is being used by Stirling Helicopters (Stirling Consolidated on Theodore) as a fire fighting and heavy-lift platform as "Helitack 223".  It has been based at Rockhampton Airport and has been parked in the J.M. Kelly hangar.

R-Mach Aviation Cessna 337G Super Skymaster VH-JOE "Birddog 410" has also been noted flying out of Rockhampton Airport on reconnaissance flights over the fires.


To be further updated...