Local plane spotter Kayanne H popped out to Rocky Airport and captured some great photos as VH-QQG departed for the quick hop South as SKP200.  It was believed that VH-QQG was carrying to Cairns Marlins and Dolphins men's and women's basketball teams during their weekend of fixtures in the Queensland Basketball League (QBL). 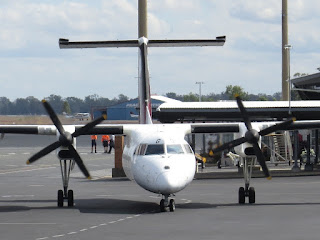 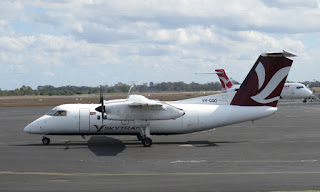 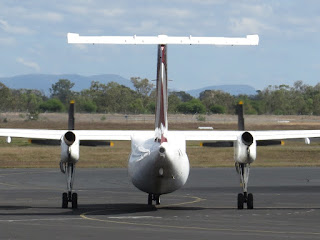 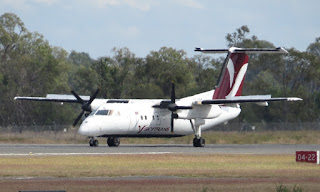 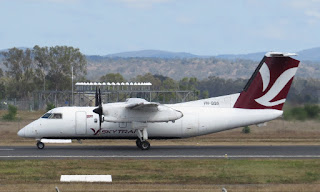 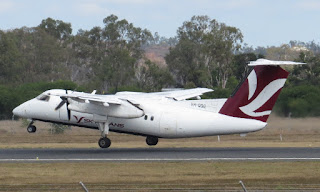 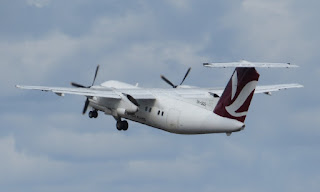 While she was at Rockhampton Airport on Sunday 2 August, Kayanne popped over to the General Aviation (GA) apron and captured an old classic in the form of 1958-build Cessna 175 VH-RHD which is based at Roma. 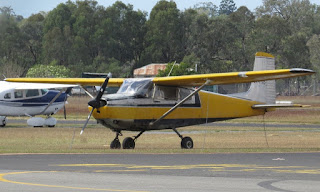 Slightly more modern is locally-based Diamond DA 20-A1 Katana VH-CMF which Kayanne captured preparing for departure back to its 'home' field North of Rocky. 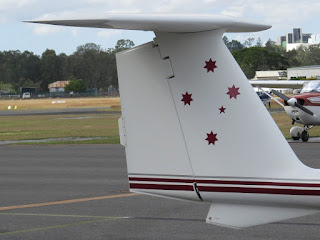 A nice visitor to Rockhampton Airport and we thank Kayanne for taking the time to capture and send through these great photos!

All photos taken by Kayanne Hardsman  ©
Posted by Damian F at 8:30 PM