An interesting visitor to both Hervey Bay (Fraser Coast) and Maryborough Airports on Wednesday 19 August was the Queensland Government Hawker 850XP bizjet VH-SGY. 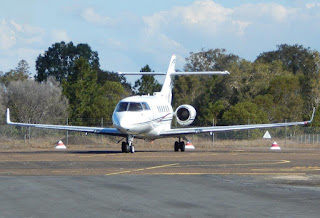 It was noted flying around Hervey Bay Airport before flying on to Maryborough Airport where David G from Maryborough Aviation Services captured a couple of quick photos as VH-SGY landed for only a short time. 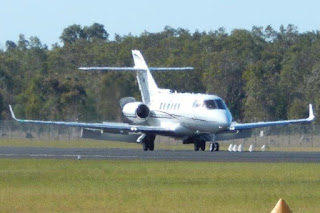 It departed back to Brisbane.

Of interest, as this post is written, later on Thursday 20 August, VH-SGY is expected to spend the afternoon at Proserpine / Whitsunday Coast Airport with an arrival during the later part of the morning.