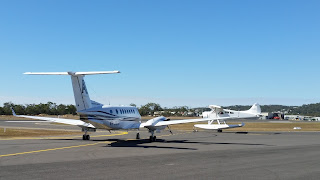 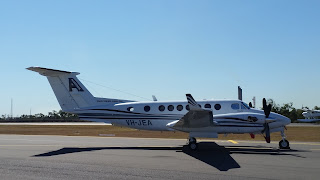 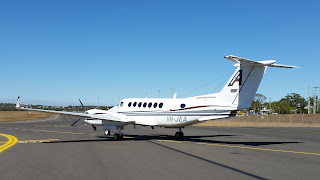 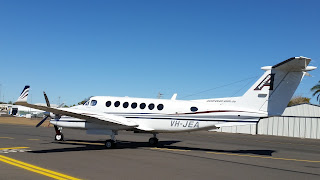 After spending most of the day parked at Gladstone, VH-JEA departed to Archerfield before returning home to its Toowoomba base.

Then on Saturday 8 August, Virgin Australia Embraer E-190 VH-ZPO was captured operating the weekend E-Jet service from and back to Brisbane. 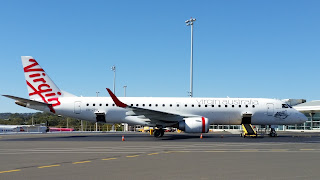 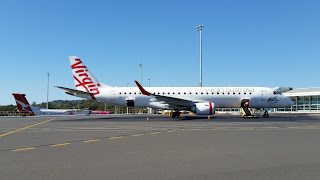 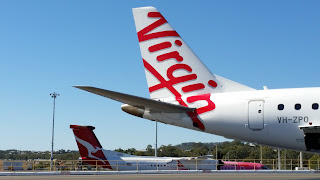 Joining the E-Jet on the ground at Gladstone Airport on Saturday 8 August was QantasLink Dash-8-Q400 VH-QOH (which wears Breast Cancer Awareness colours). 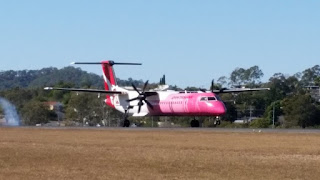