Late on Friday 31 July, Royal New Zealand Air Force (RNZAF) NH90 helicopter NZ3304 landed at Gladstone Airport after flying directly from Townsville.  It was heard to be using the radio callsign of "Warrior 04" as it overflew Rockhampton while heading South. 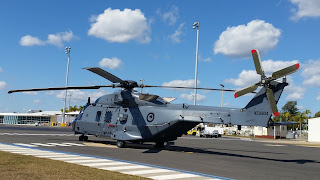 On Saturday 1 August, NZ3304 remained parked until the early afternoon when it departed and made the short hop across to the Gladstone Port where it landed on board the HMNZS Canterbury multi-role vessel which docked at Gladstone during the week. 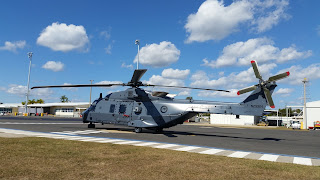 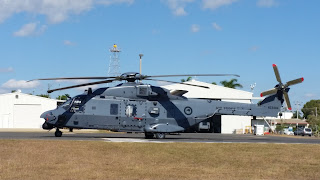 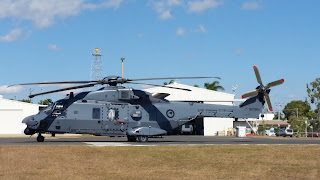 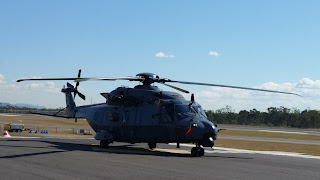 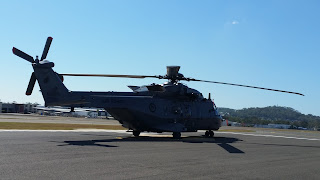 It was expected that fellow RNZAF NH90 NZ3303 would join NZ3304 at Gladstone, however it appears that NZ3303 departed Townsville and landed at Rockhampton before heading directly to the HMNZS Canterbury.

This see the final aircraft/helicopter depart Central Queensland following the end of Exercise Hamel and joint Military Exercise Talisman Sabre 2015.  It's been a good month or so!