Emergency Management Queensland (EMQ) (Queensland Government) Agusta AW139 Helicopter VH-ESZ was spotted by Michael F at Gladstone Base Hospital very late on Monday 23 July after arriving from its Archerfield base as "Rescue 500". 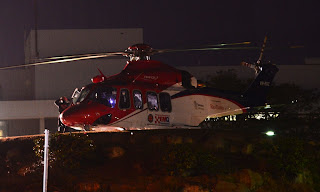 In what is believed to be a patient transfer flight, VH-ESZ departed the Hospital later direct to the Royal Brisbane Hospital. 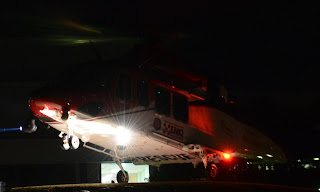 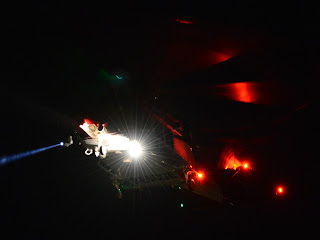 Thanks Michael!  Hope you got a sleep in on Tuesday!

All photos taken by Michael Fleetwood  ©
Posted by Damian F at 8:17 AM