In what was a nice surprise for local plane spotters, Royal Australian Air Force (RAAF) Boeing B737-7DF(BBJ) A36-002 touched down at Rockhampton Airport from the South early on Thursday 18 July as "Envoy 52". 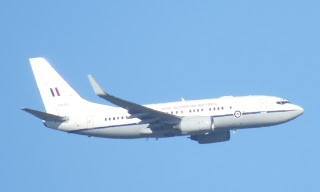 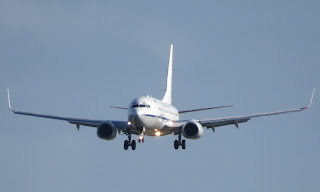 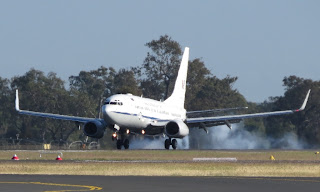 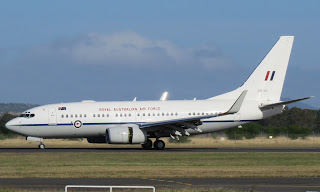 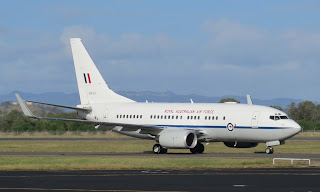 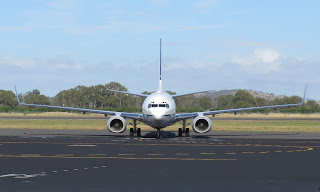 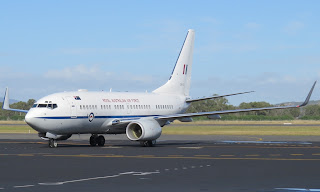 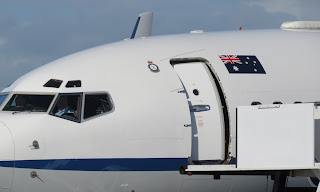 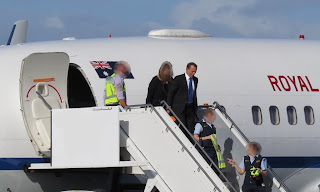 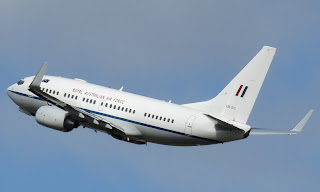 Then a little later in the day, Mr Abbott was reportedly spotted travelling on board another RAAF VIP aircraft in the form of Canadair CL-600-2B16 Challenger 604 bizjet A37-002.  Local plane spotters Jamie C and Tash C captured a couple of images as the Challenger departed Gladstone bound for Rockhampton as "Ausy 308".

At the time of writing, A37-002 is still parked on the Southern end of the Rockhampton Airport apron.  Local plane spotters 'IAD', Don W and Ash B have captured some fantastic images of the smart looking little bizjet late on Thursday 18 July. 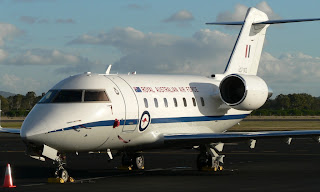 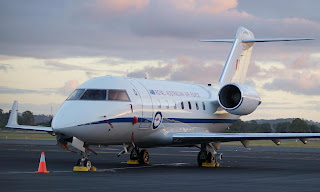 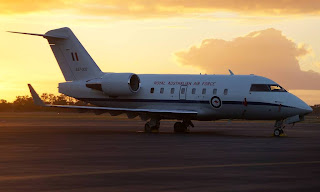 My sincere thanks to the fantastic bunch of Central Queensland Plane Spotters for their continuing support of the Blog through sending such fantastic photos and information through of the days movements!  Cheers guys!