Quite possibly the highlight of the aircraft action at Rockhampton Airport on Saturday 13 July was the movements of the United States Navy (USN) Grumman C-2A Greyhounds.  The two Greyhounds - which are flown by the Fleet Logistics Support Squadron 30 (VRC-30 Detachment 5) - both departed Rockhampton Airport and returned at various times during the day. 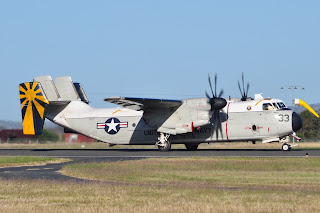 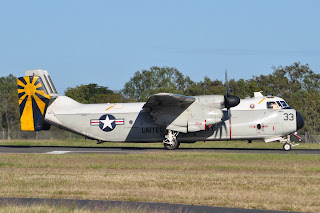 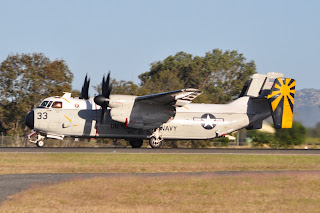 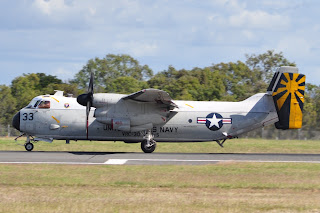 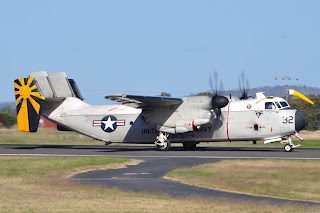 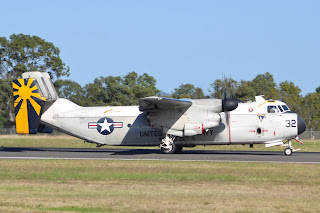 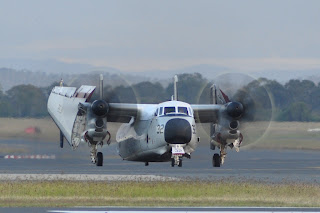 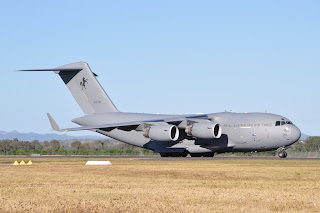 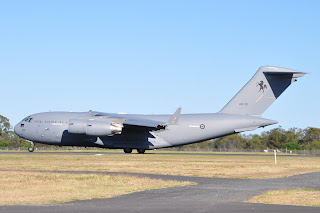 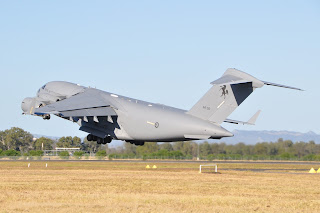 A little later, fellow RAAF C-17A Globemaster A41-206 arrived into Rockhampton as "Stallion 31". 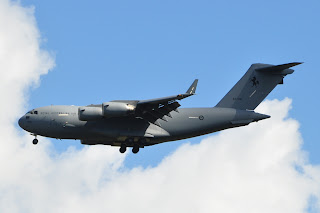 A41-206 eventually departed to Darwin as well. 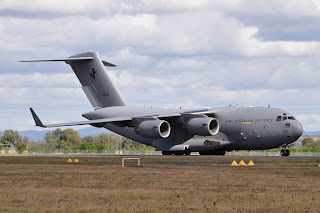 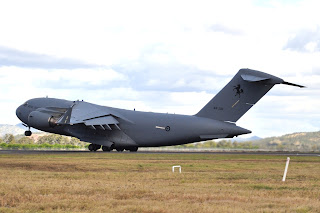 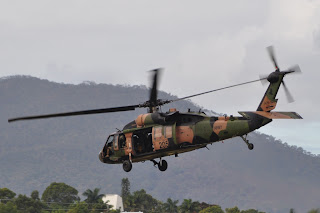 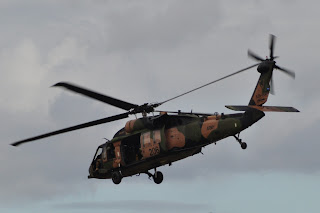 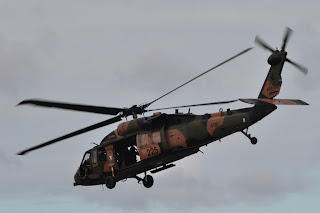 Also photographed departing to Shoalwater Bay were a pair of United States Navy (USN) Sikorsky HH-60H Seahawk helicopters.  As with the previous day, the two Seahawks - which are flown by the Helicopter Sea Combat Squadron 85 (HSC-85) "Firehawks" - were believed to be 165118 / NW-310 and 165257 / NW-311, and were heard to be using the radio callsign of "Firehawk 11". 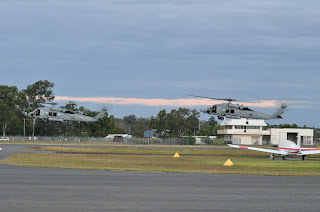 Other United States Navy (USN) aircraft to call into Rockhampton Airport on Saturday 14 July included Boeing C-40A Clipper (B737-7AFC) 165836 / JV-836 of the VR-57 Fleet Logistics Support Squadron, which arrived from, and later departed back to Townsville as "Convoy 4433". 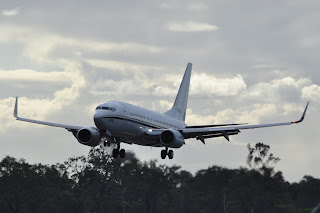 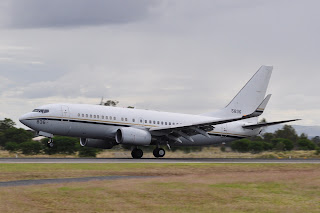 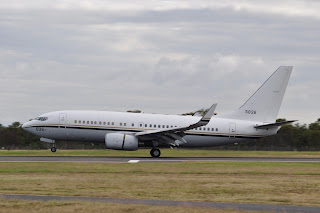 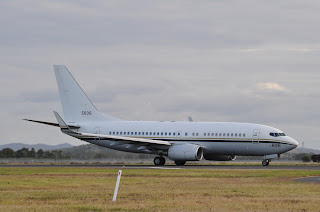 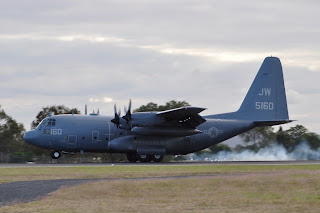 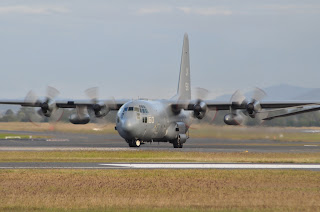 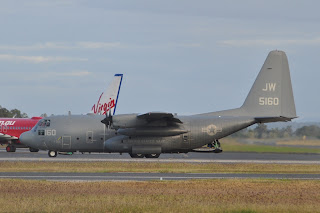 After dark, fellow USN Lockheed C-130T Hercules - serial 165351 - coded RU5351 - of the VR-55 Fleet Logistics Support Squadron 55 - was pictured parked on Taxiway Juliette at Rockhampton Airport as it prepared for departure as "Convoy 3804". 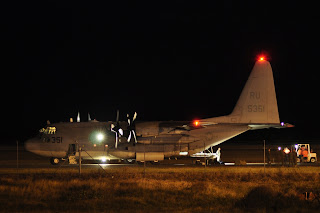 Lastly, a special visitor - albeit briefly - was a United States Air Force (USAF) Lockheed MC-130H Hercules wearing the serial 83-1212.  The Hercules is operated by the USAF's 1st Special Operations Squadron (1st SOS) and popped in to Rockhampton from Townsville.  83-1212 was heard to return to Townsville a little later using the radio callsign "Stilt 11". 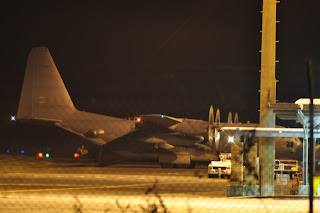 What a great day!  There was even a rumour of a Bell / Boeing V-22 Osprey scheduled to visit Rockhampton, but unfortunately that hasn't happened...  yet!
Posted by Damian F at 11:18 PM