Local plane spotter 'IAD' has sent through some great photos of some of the 'local' participants in Military Exercise Talisman Saber 2013, with Royal Australian Air Force (RAAF) C-17A Globemaster and Beech B350 Super King Air aircraft calling into the beef capital this week.

On Tuesday 23 July, RAAF Boeing C-17A Globemaster III A41-210 landed - eventually - after performing a right initial pitch and then landing onto Runway 15 at Rockhampton Airport. 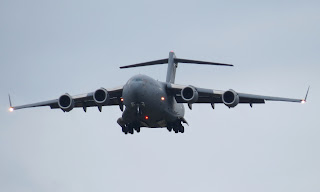 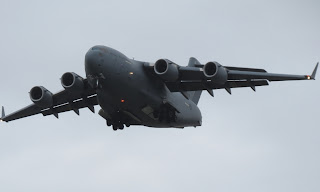 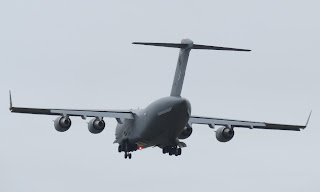 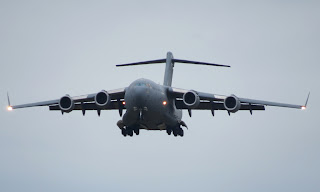 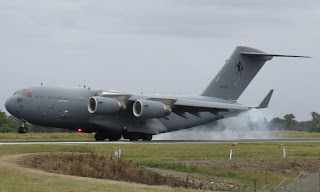 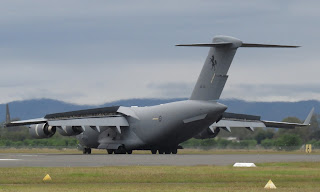 It was heard to be using the RAAF International flight radio callsign of "Ausy 558".  A41-210 parked on Bay 6 on the Southern end of the Rockhampton Airport apron. 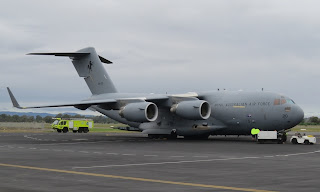 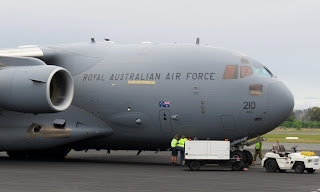 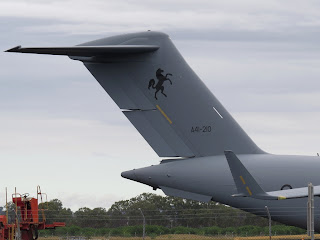 Also spotted arriving on Tuesday 23 July was RAAF Beech B350 Super King Air.  It was then noted parked on the 'new' corporate aircraft parking area on the General Aviation side of Rockhampton Airport outside the Peace Aviation hangar. 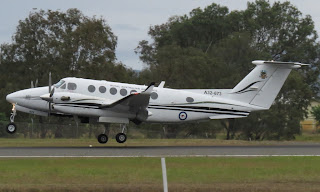 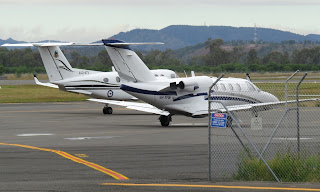 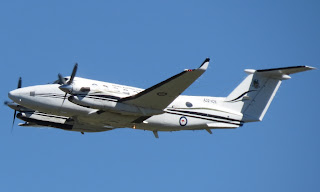 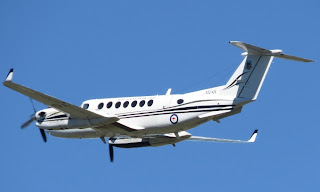