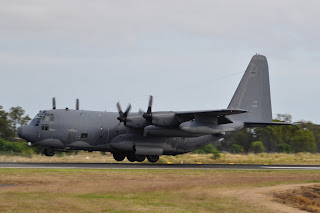 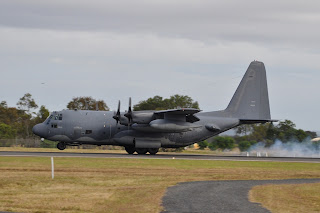 Pictured above and below is MC-130P 69-5826 of the 17th Special Operations Squadron (17th SOS) based at the Kadena Air Force Base in Japan.  It arrived into Rockhampton from, and later departed back to Townsville as "Stilt 14". 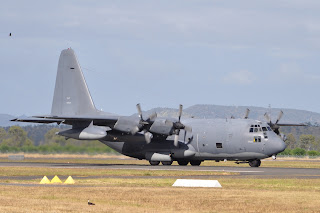 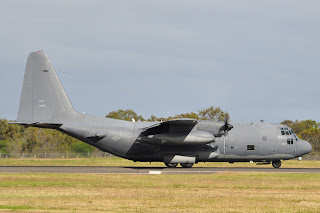 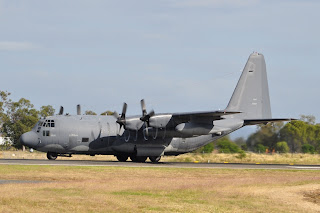 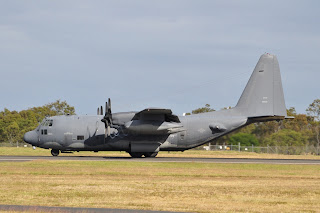 Also pictured is MC-130H 88-0191 of the 1st Special Operations Squadron (1st SOS) also based at Kadena.  It reportedly arrived into Rockhampton late the previous night, and is pictured also departing to Townsville but as "Stilt 11". 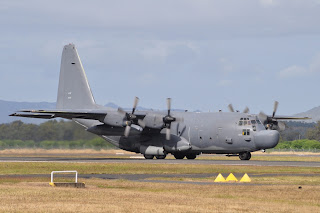 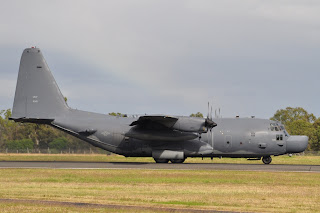 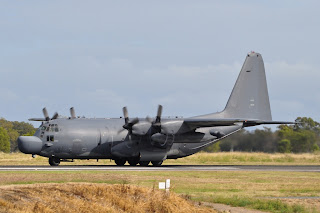 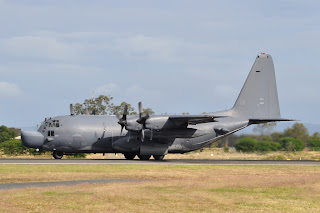 Both Hercs are part of the USAF's 353rd Special Operations Group (353rd SOG).

Meanwhile, the two United States Navy (USN) Grumman C-2A Greyhounds that have called Rockhampton Airport 'home' continue to fly sorties to the South and East of Rockhampton.  Pictured below is 162175 / NF-33 departing Rockhampton as "Password 33". 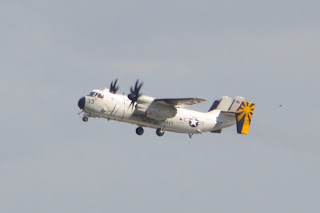 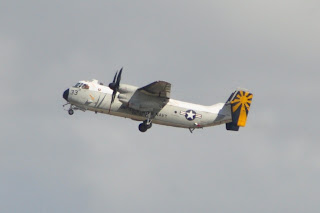 And yet another USN Boeing C-40A Clipper (B737-7AFC) was spotted calling into Rockhampton.  This time, 165829 of the VR-58 Fleet Logistics Support Squadron, was photographed arriving from Townsville as "Convoy 7881". 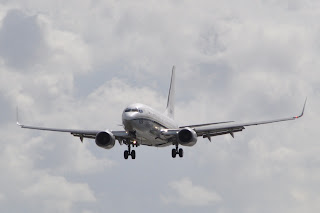 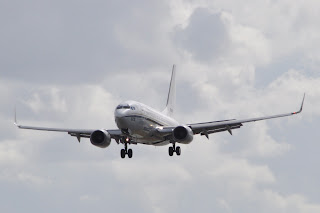 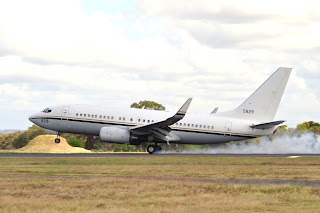 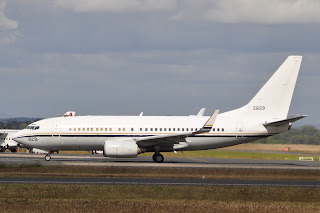 Lastly, the helicopter action continues at and around Rockhampton Airport, with a flight of Australian Army Commonwealth CA-32 (Bell 206B/OH-58A) Kiowa helicopters - A17-034 and A17-031 - departing Rockhampton Airport for The Glen Airfield in Shoalwater Bay as "Venom Black". 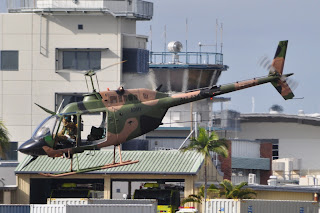 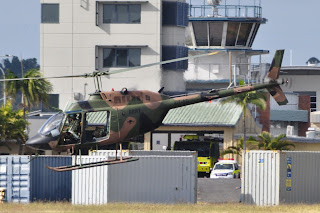 A great morning of plane spotting at Rockhampton Airport, with the promise of more to come later on Tuesday 16 July with Australian Prime Minister Kevin Rudd and Federal Government Ministers expected to touch down in Rockhampton for a 'Community Cabinet'.  We hope to have photos soon!
Posted by Damian F at 11:19 PM