As the sun went down on Sunday 28 July, the action at Rockhampton was starting to heat up again with three special American arrivals calling in - and staying for the night! 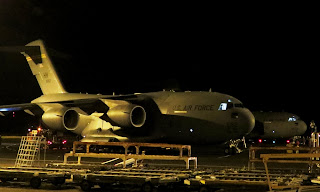 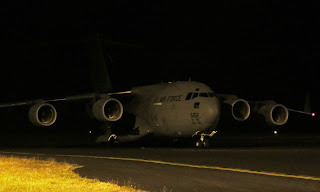 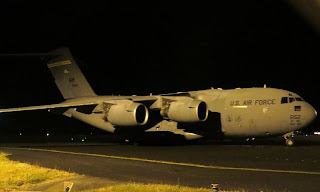 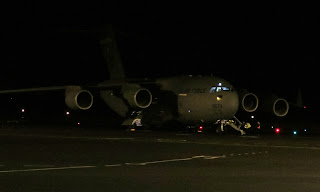 As shown in these fantastic photos taken by local plane spotter 'IAD', both C-17s were parked on the Southern end of the Rockhampton Airport apron - on Gate 6. 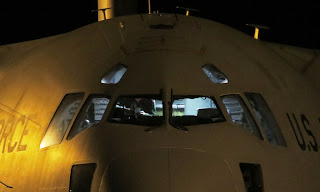 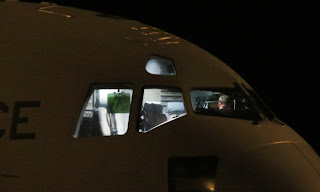 Also arriving late on Sunday 28 July was Omni Air International Boeing B767-319(ER) N396AX.  The big Boeing touched down as OAE518 from Kadena Air Force Base in Japan, and word from the Airport was that it was due to stay parked in front of the Rockhampton Airport Control Tower for a couple of days!

My thanks to 'IAD' for venturing out in the dark and capturing some great photos of these special arrivals!