Royal Australian Air Force (RAAF) Boeing B737-700(BBJ) A36-002 of the VIP 34 Squadron in Canberra touched down at Rockhampton Airport from Melbourne on Wednesday 31 July as "Envoy 99". 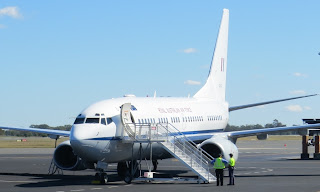 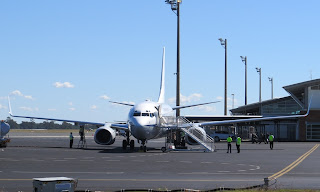 Local plane spotter Travis W was at Rockhampton Airport and captured a couple of images of the BBJ, despite it being parked in an unusual position as a result of the (still) broken down USAF C-17 parked on Gate 6.

Meanwhile, 'IAD' has sent through two more images of the RAAF Canadair CL-600-2B16 Challenger 604 bizjet A37-003 that popped into Rockhampton Airport from Gladstone on Tuesday 30 July. 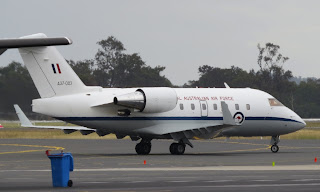 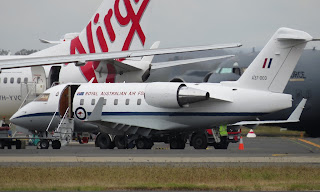 Some great images!  Thanks guys!