Of course with Military Exercise Talisman Saber 2013 being a joint exercise, it is to be expected that some interesting Australian military aircraft will participate, and late on Wednesday 10 July, one of the Royal Australian Air Force's big KC-30A Multi-Role Tanker Transport (MRTT) aircraft called into Rockhampton Airport. 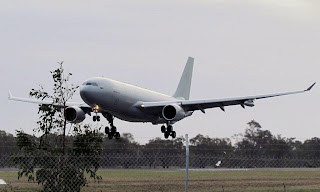 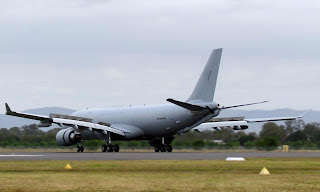 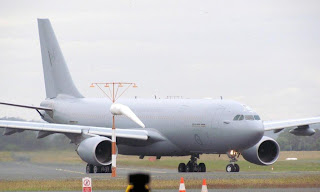 After sitting on Taxiway Juliette at the Airport for a short while, A39-005 departed Rockhampton to the North. 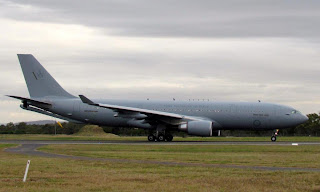 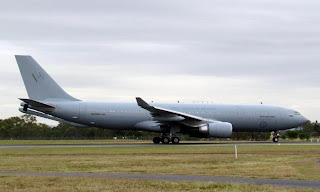 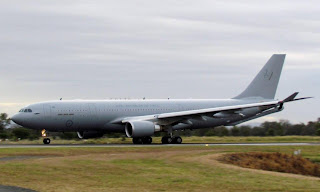 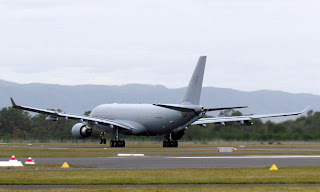 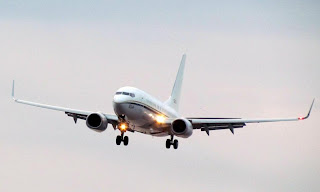 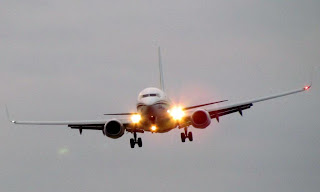 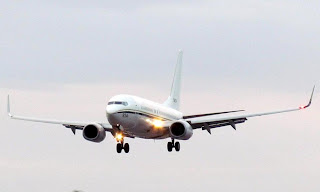 Ben is a busy man, who loves his military aircraft (in particular), so I am glad that he has been able to capture some fantastic images of the action at Rockhampton Airport this week.  And, I am even more glad that he continues to share his images with us at the CQ Plane Spotting Blog so that we can share them with you!