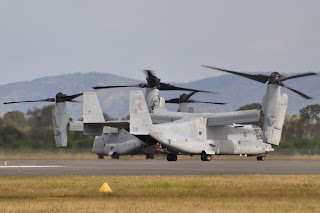 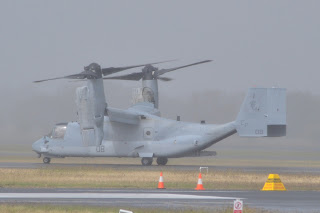 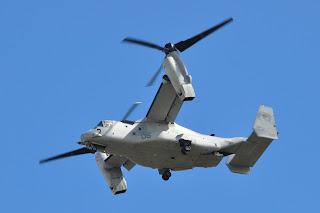 Shortly before they arrived, a pair of Royal Australian Air Force (RAAF) Beech B350 Super King Air aircraft touched down from the South.  A32-348 - operated by 32 Squadron arrived first as "Beaufort 14", closely followed by A32-437 - operated by 38 squadron - which touched down as "Dingo 32". 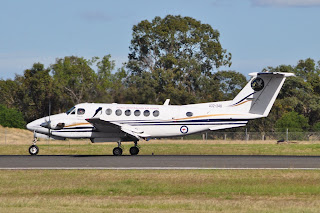 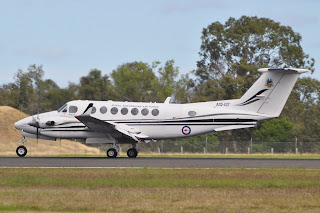 In the midst of the excitement of the Ospreys arriving, three transport aircraft called into Rockhampton, with United States Air Force (USAF) Boeing C-17A Globemaster III 99-0060 touching down from Townsville as "Reach 800". 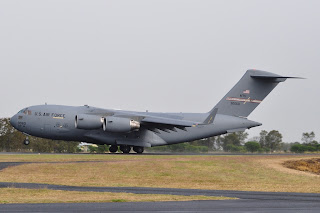 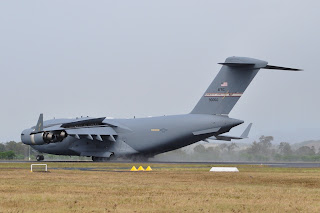 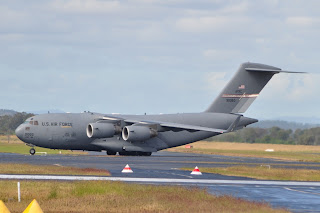 The C-17 wears a Wright-Patt tail stripe, and at the time of writing, was still parked on the Southern end of the Rockhampton Airport apron. 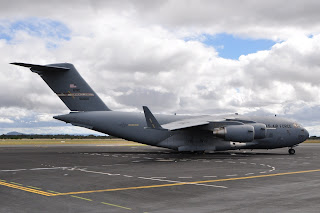 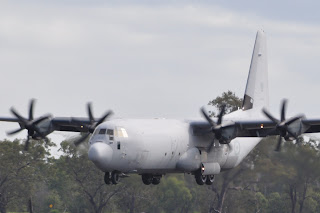 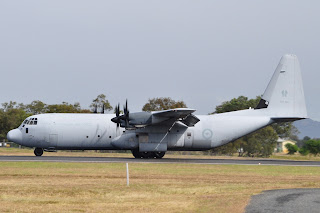 And completing the morning was RAAF Boeing C-17A Globemaster III which touched down from the North as "Stallion 32". 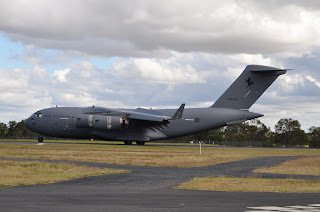 Both RAAF aircraft departed soon after. 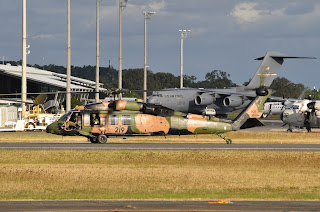 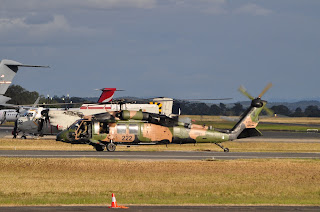 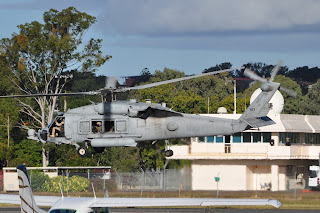 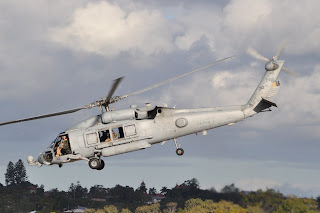 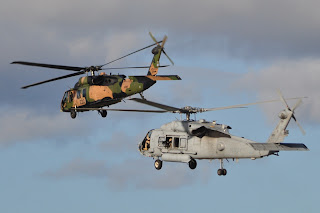 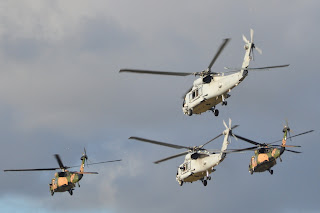