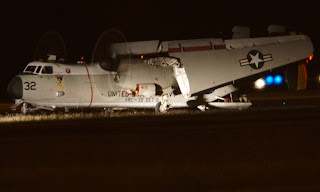 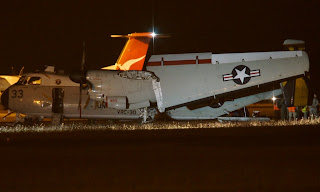 The Grumman C-2A Greyhound is a twin-engine, high-wing cargo aircraft, designed to carry supplies and mail to and from aircraft carriers of the United States Navy. Its primary mission is carrier onboard delivery (COD). 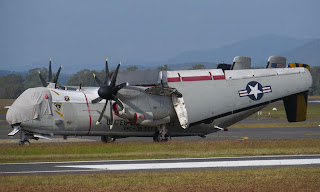 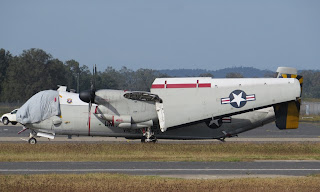 Of note, there two Greyhounds are the first to be spotted at Rockhampton Airport with the new eight-bladed NP2000 propeller.

Photos taken by Ash Burggraaff and Don Williams  ©
Posted by Damian F at 8:35 AM