During our recent stay at Longreach, I was able to spend a little bit of time capturing some of the visiting aircraft at Longreach Airport, including a nice pair of the regular passenger transport (RPT) movements that touch down in the Central Western town. 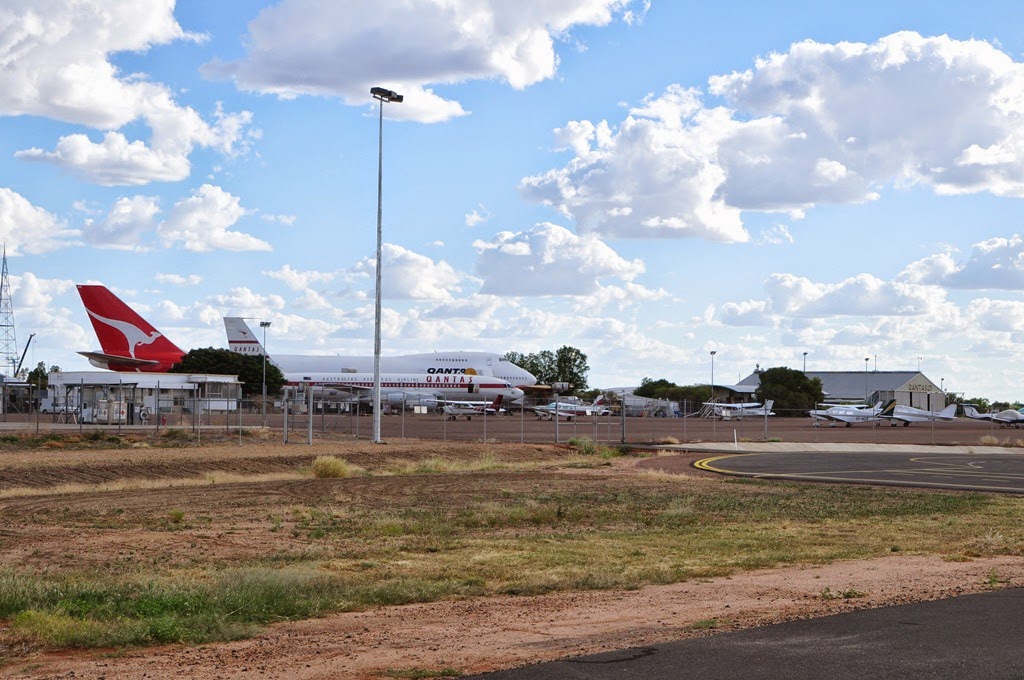 On Tuesday 8 April, I captured Regional Express (REX) SAAB 340B VH-ZLW as it touched down at Longreach as RXA5203. 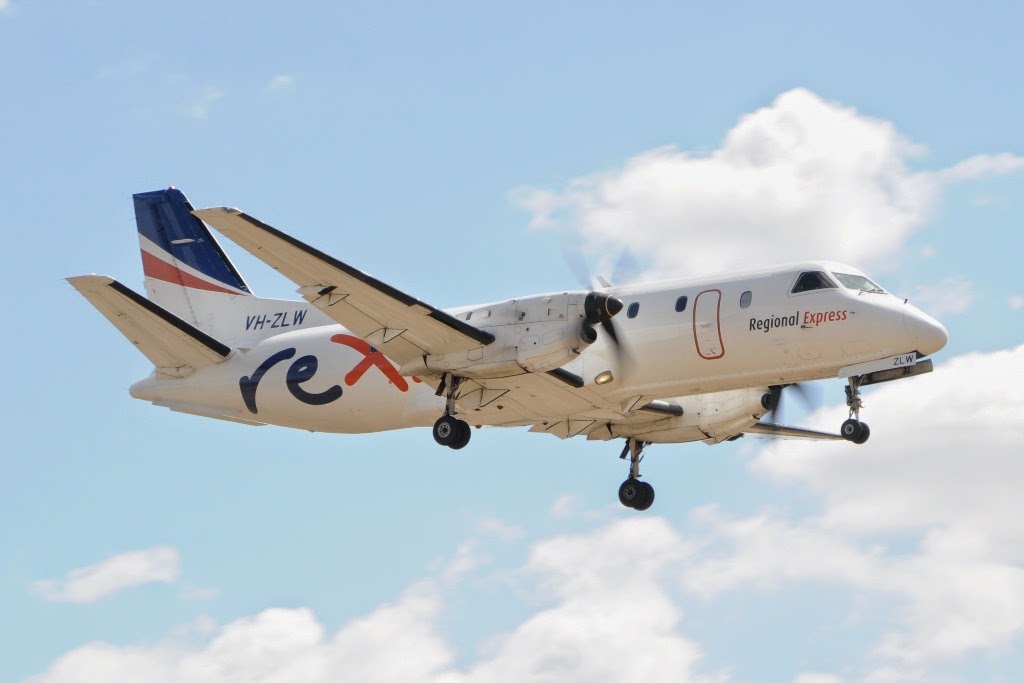 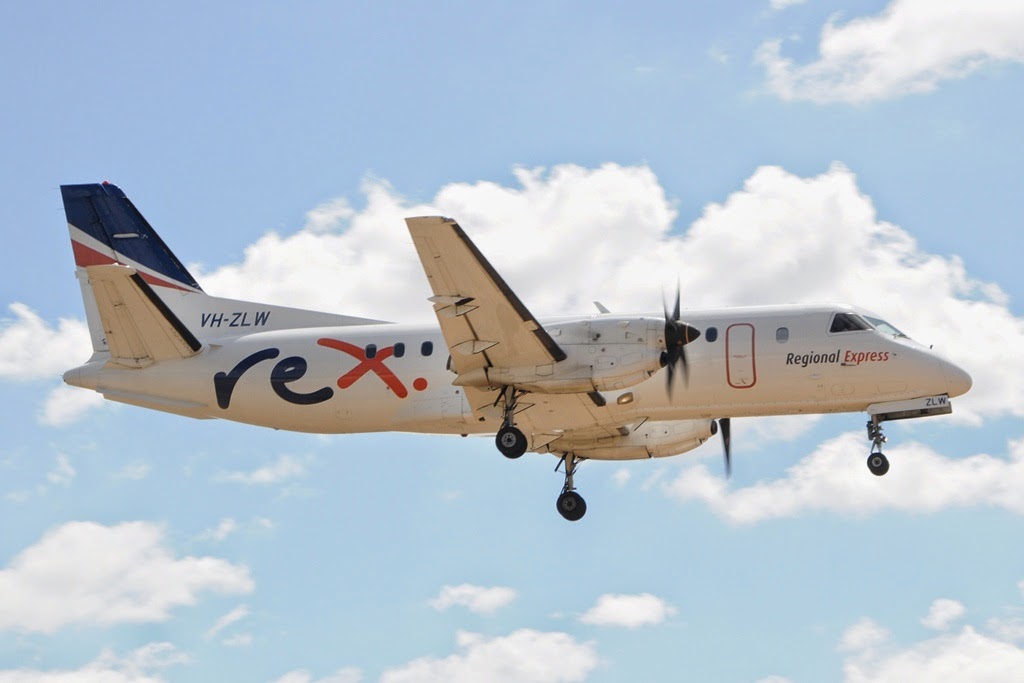 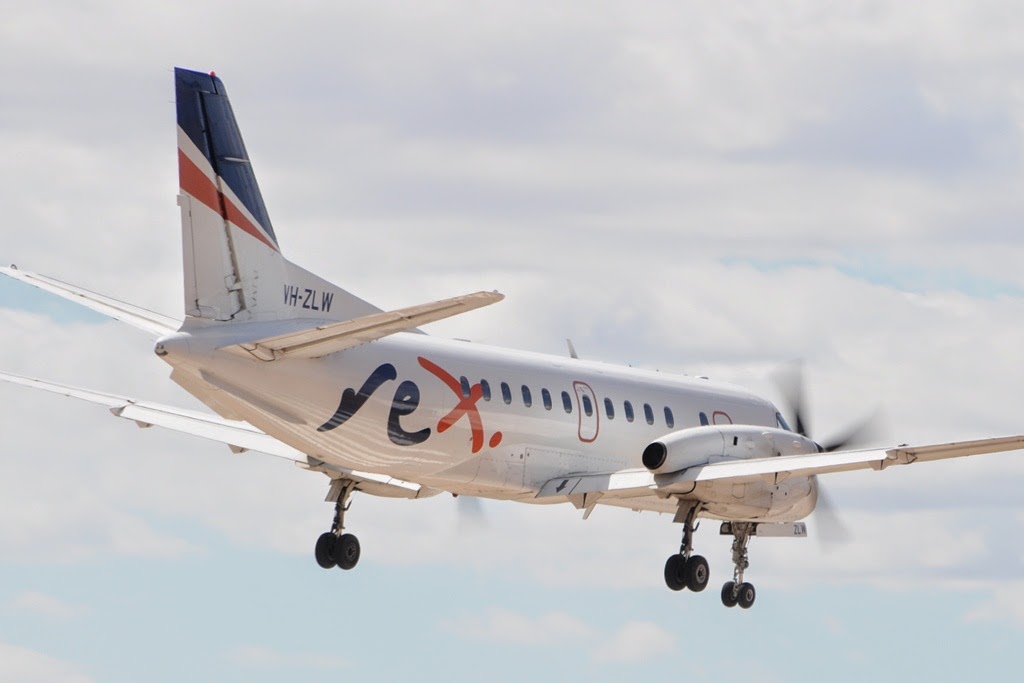 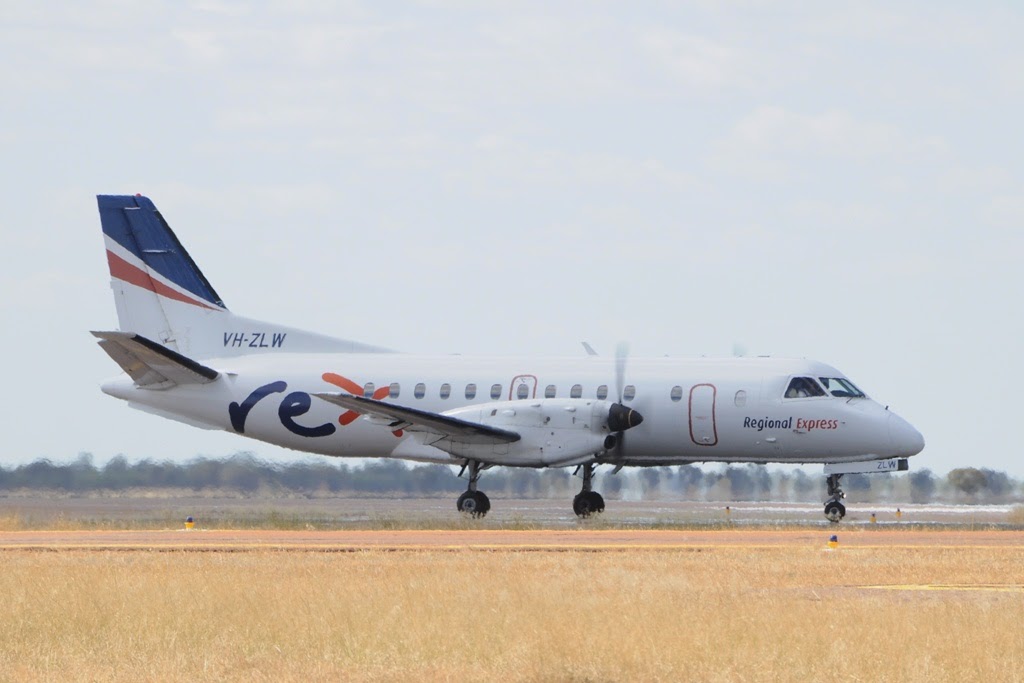 REX operates twice-weekly into Longreach from Townsville via Winton each Tuesday and Thursday.

QantasLink operates into Longreach from Brisbane on a daily basis using a mix of Dash-8-Q300 and Dash-8-Q400 aircraft.  Flights to Longreach route via Blackall and Barcaldine.  On Tuesday 8 April, I captured Dash-8-Q300 VH-TQL touching down as QLK2532 from Barcaldine and Brisbane. 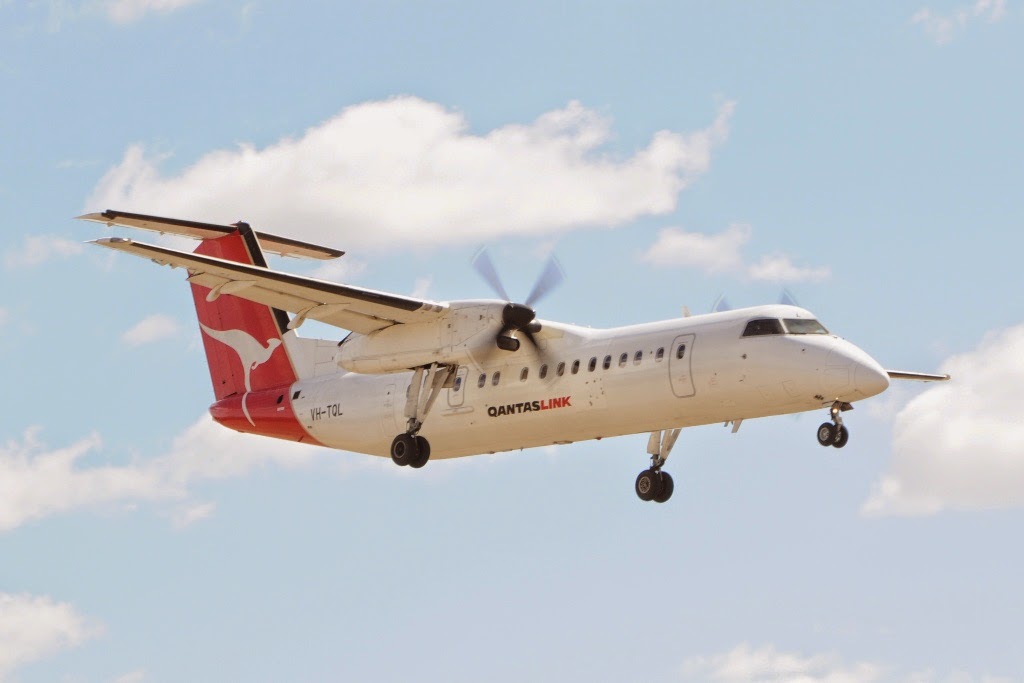 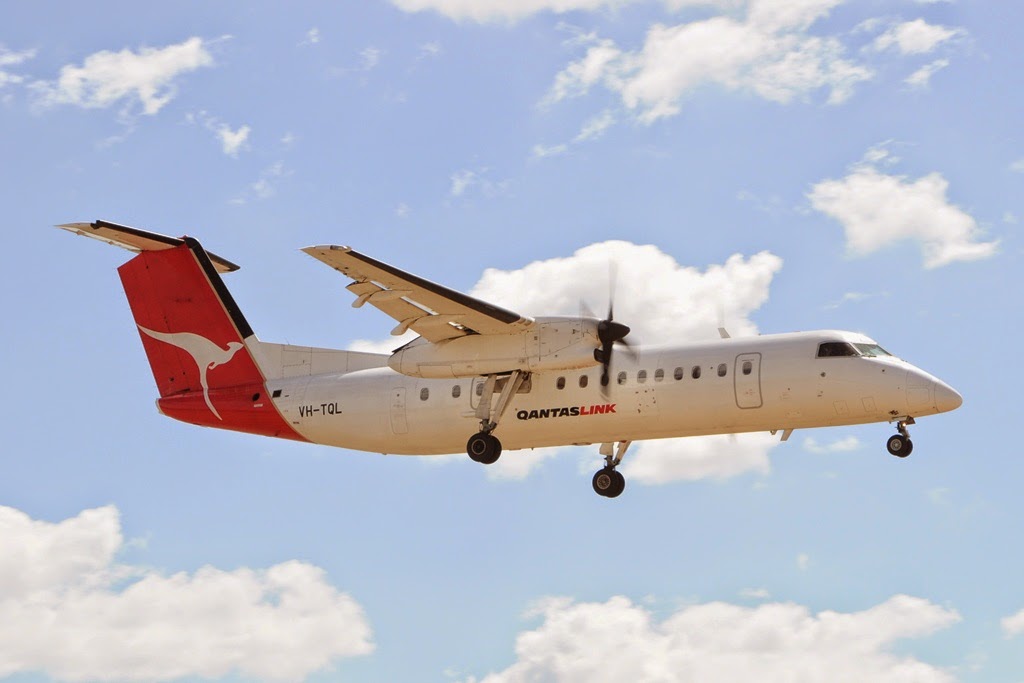 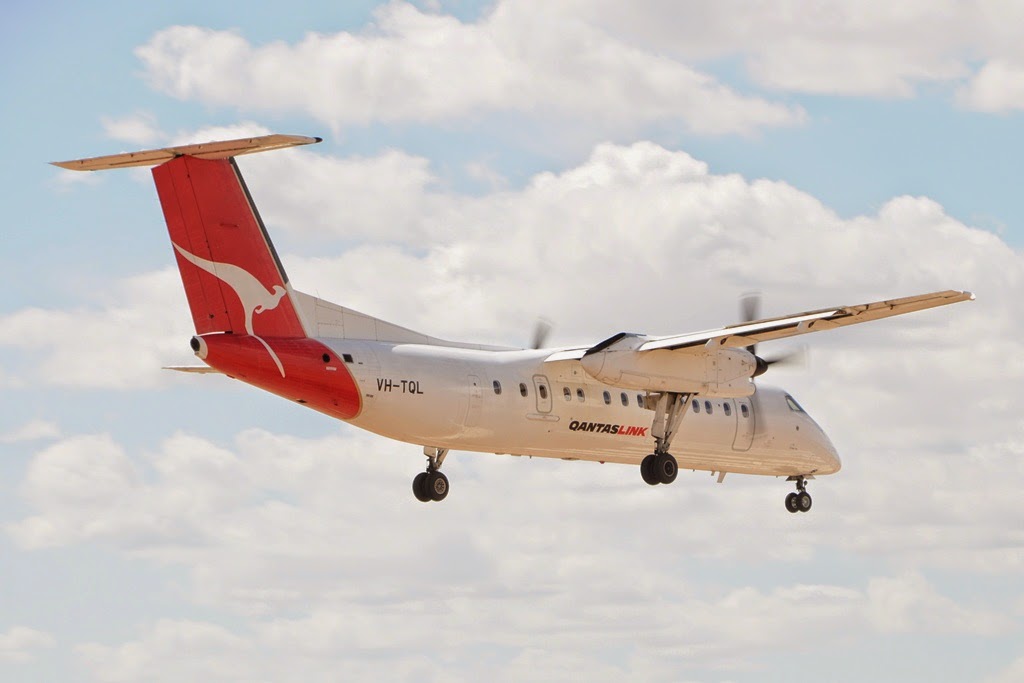 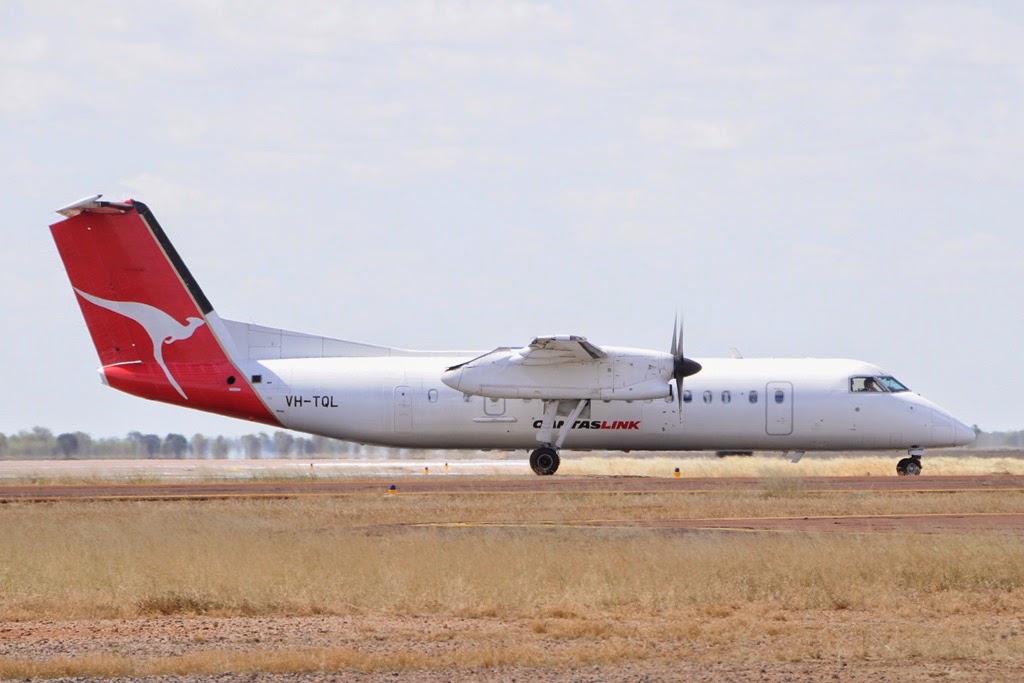 Incidentally, I discovered that Longreach Airport has undergone some major redevelopment with a completely new terminal building opened in 2012.  The older and smaller building remains under the control of the local Council and will most likely be utilised by the Qantas Founders Museum (QFOM) as a function room. 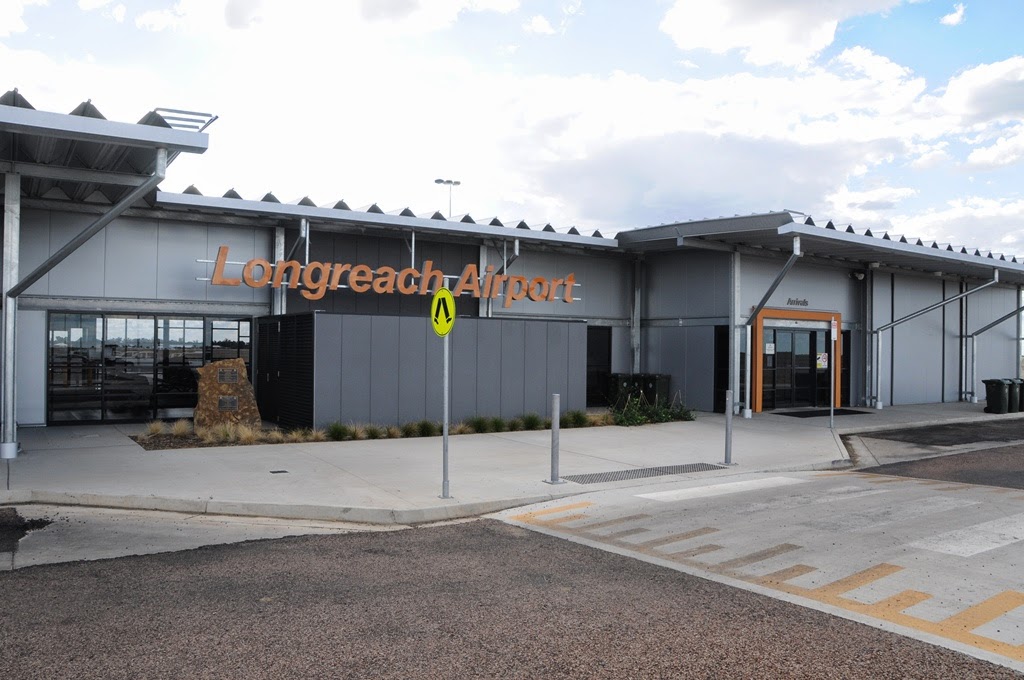 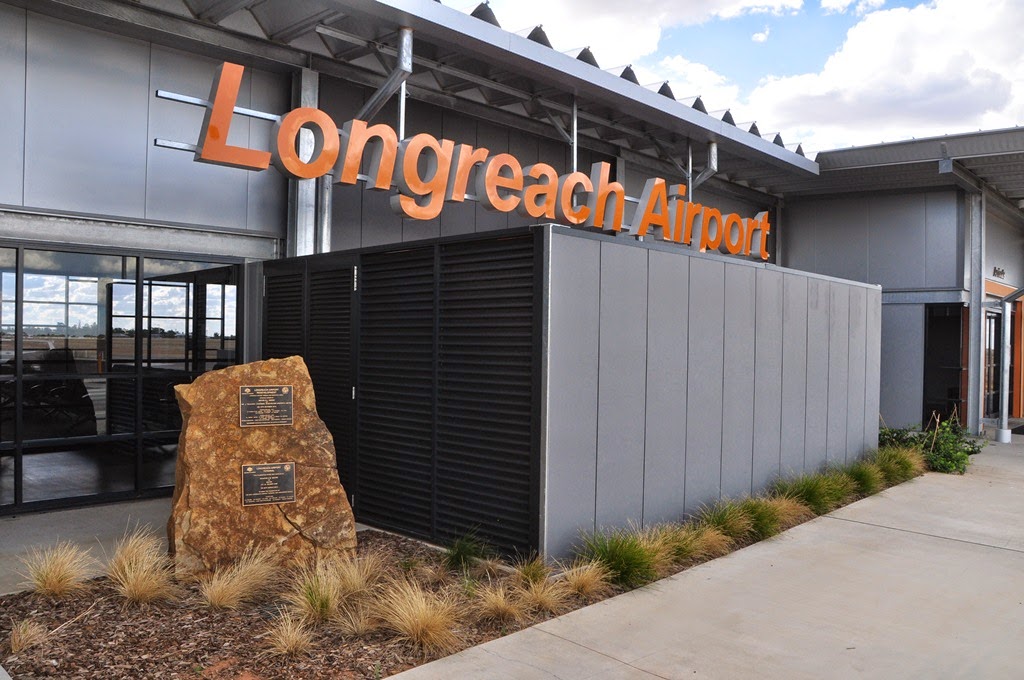 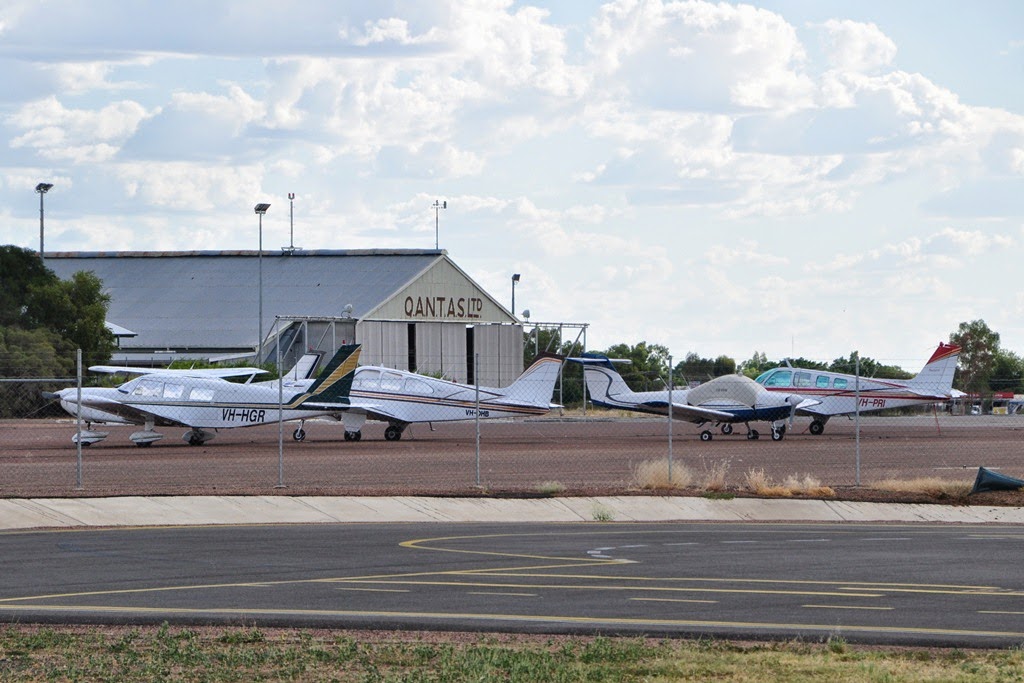 Meanwhile, parked nearby on the General Aviation (GA) apron, was Royal Flying Doctor Service (RFDS) Raytheon B200 VH-FDZ which arrived on Monday 7 April from Barcaldine and Roma as "FlyDoc458". 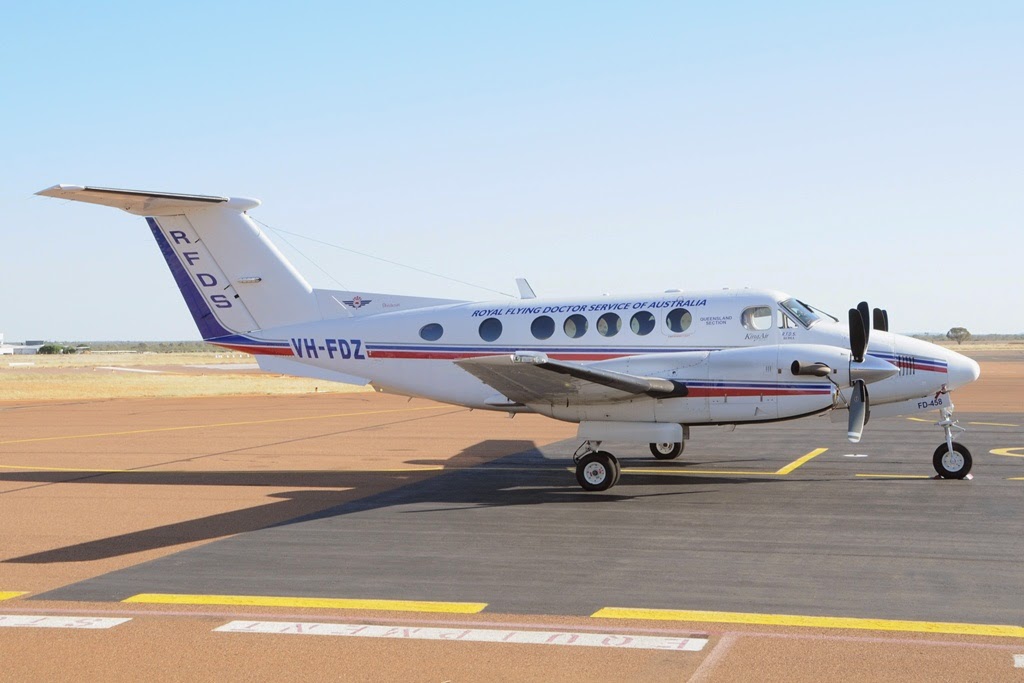 The Rockhampton Aero Club's Cessna 172 VH-ZDX was parked on the GA Apron. 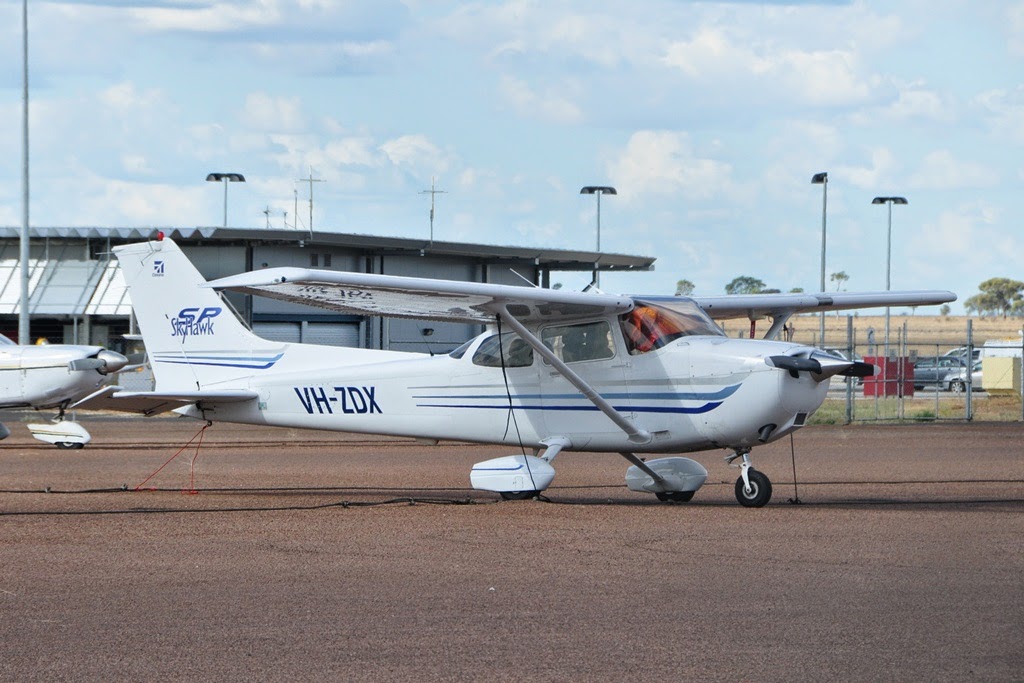 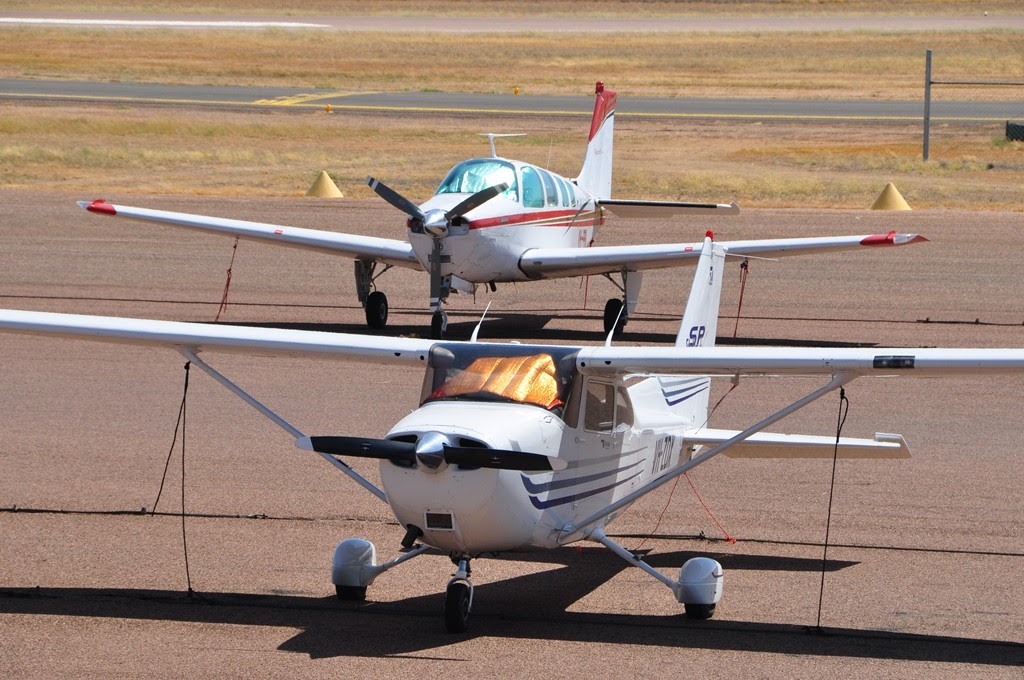 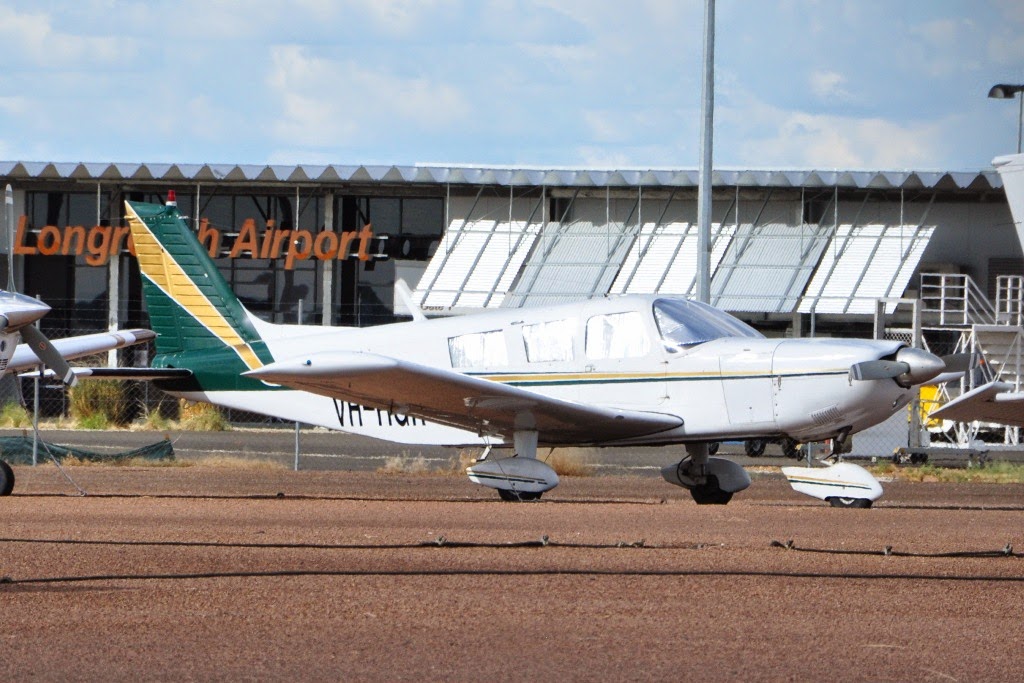 VH-HGR is one of several aircraft that are registered to local company Bowden Industries.

Queensland Helicopters is also a locally-based company with hangar and office facilities at Longreach Airport.  I was able to spot most of their helicopters including Robinson R44 VH-OCL and Bell 206B VH-YEC, along with their Cessna 172 VH-CEV. 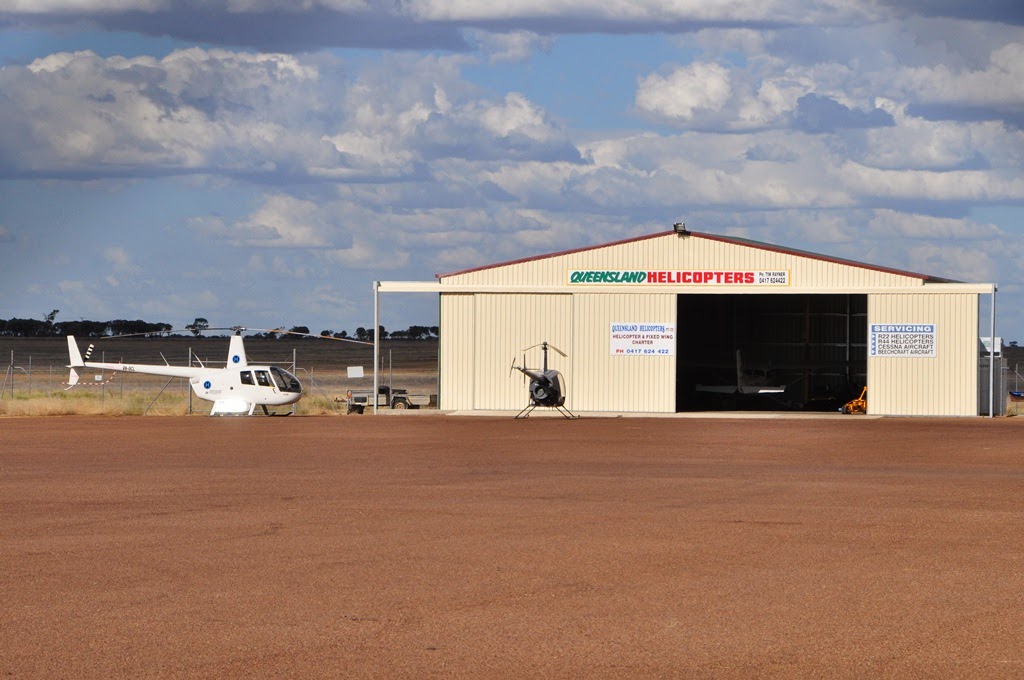 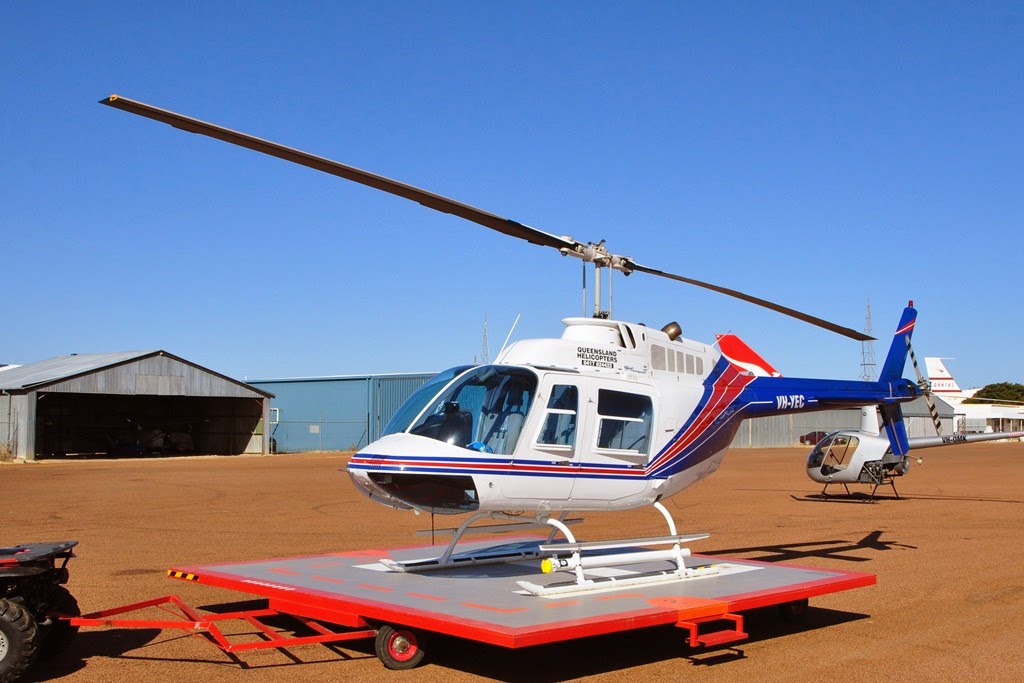 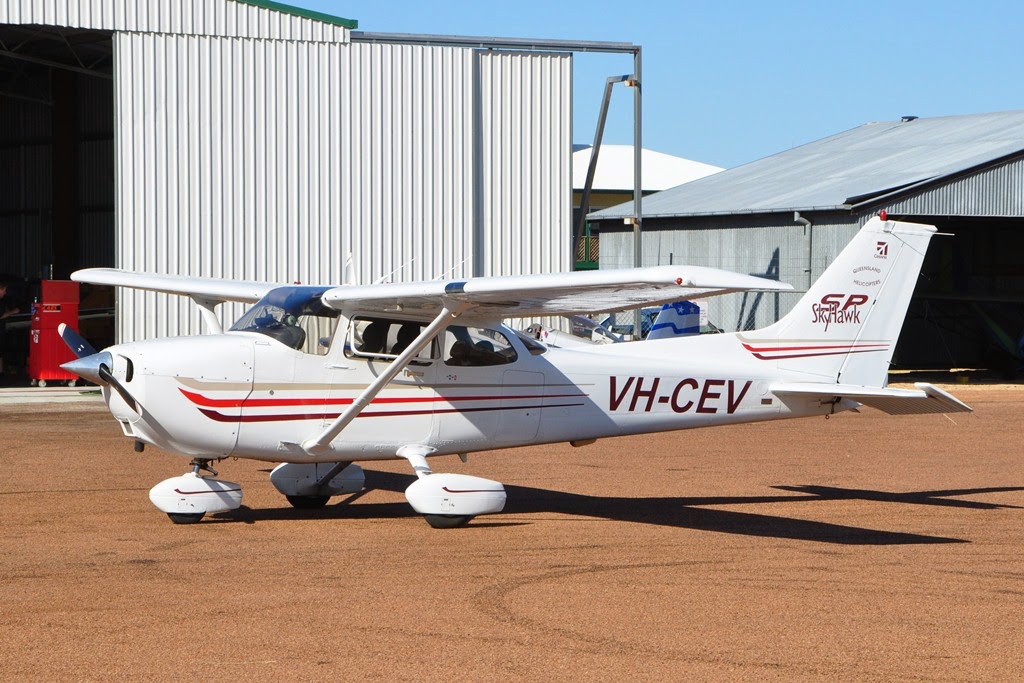 Finally, one of the more interesting arrivals on Tuesday 8 April was Victorian-registered Amateur-built Thorp T-18 VH-WSJ. 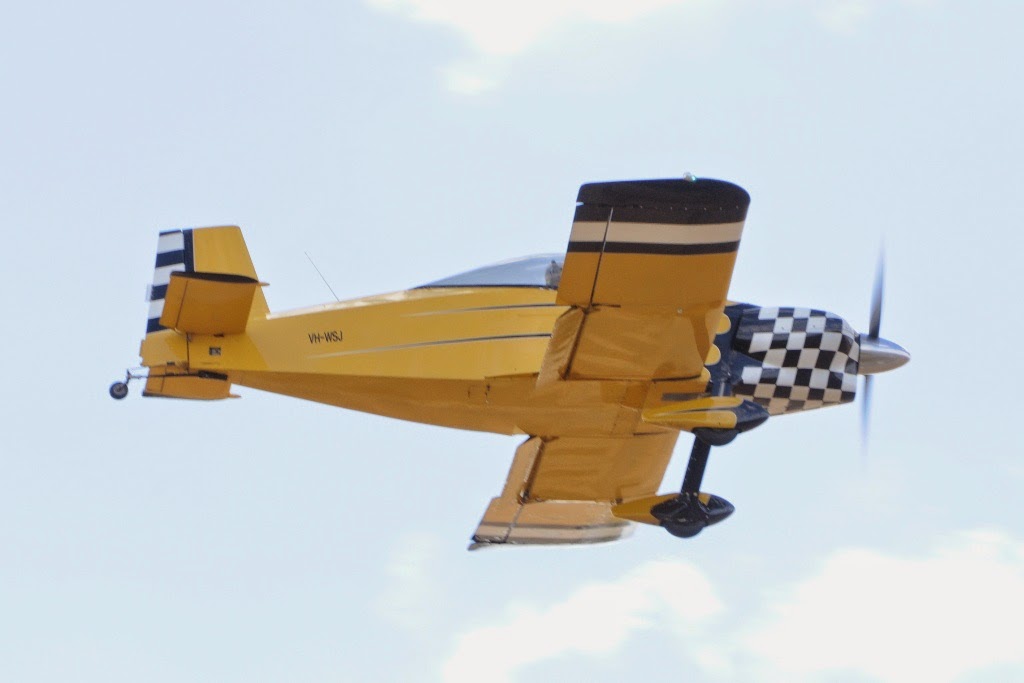 As shown below on Wednesday 9 April, the Thorp also wears the American registration of N98BJ. 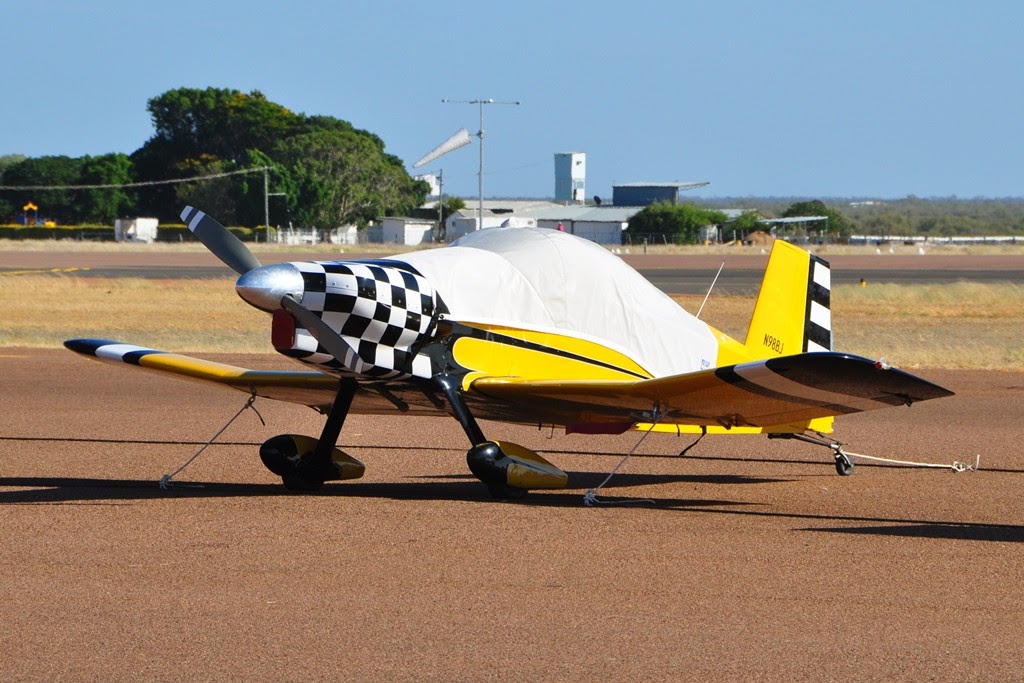 A source indicates that VH-WSJ / N98BJ was manufactured in the United States in 1979 and first registered as N98BJ in San Bernardino.

Certainly a great couple of days at Longreach - and such a lovely scenic drive from Clermont to get there heading West along the Capricorn Highway.
Posted by Damian F at 7:55 AM