What a strange couple of days at Rockhampton Airport!

Late on Tuesday 8 April, Virgin Australia Boeing B737-800 VH-VUA touched down at Rockhampton Airport from Brisbane as VOZ1243.  A little later, it taxied out for departure as VOZ1244 and was lined up and prepared for take-off from Runway 15.  But soon after, it was noted to taxi back to the Rocky terminal from where it failed to depart. 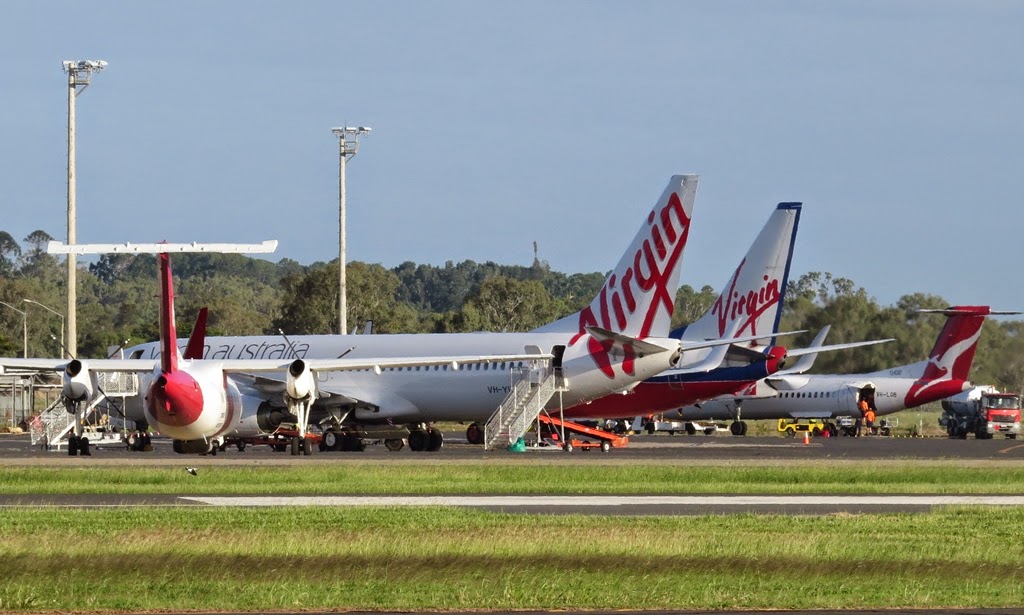 As noted previously, VH-VUA wears the older Virgin Blue colour scheme, but has had a white nose cone added.

Then later still on Tuesday afternoon – as VH-VUA remained parked – fellow Virgin B737-800 VH-YIU touched down from Brisbane as VOZ1245. 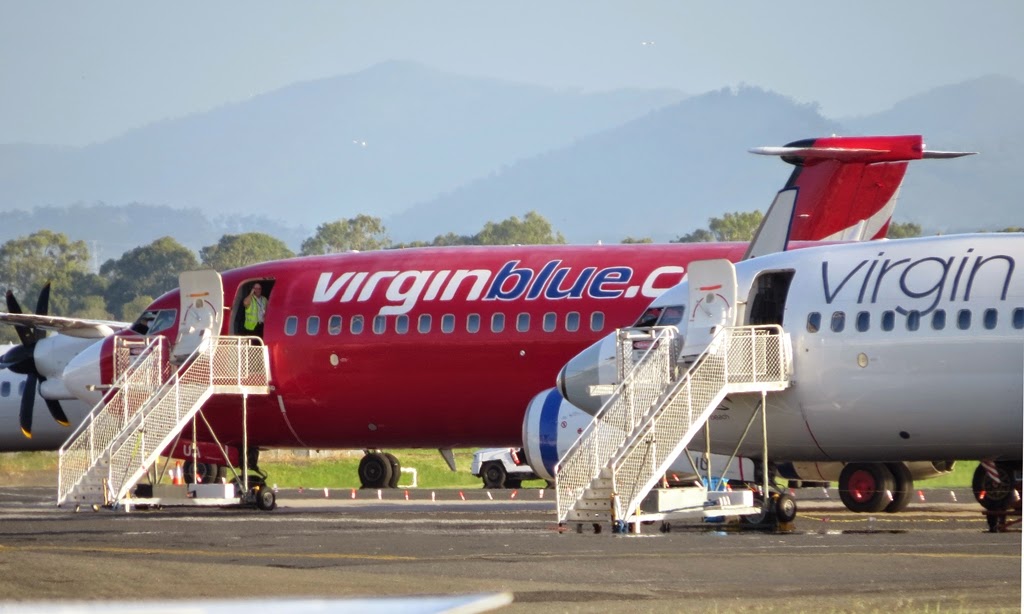 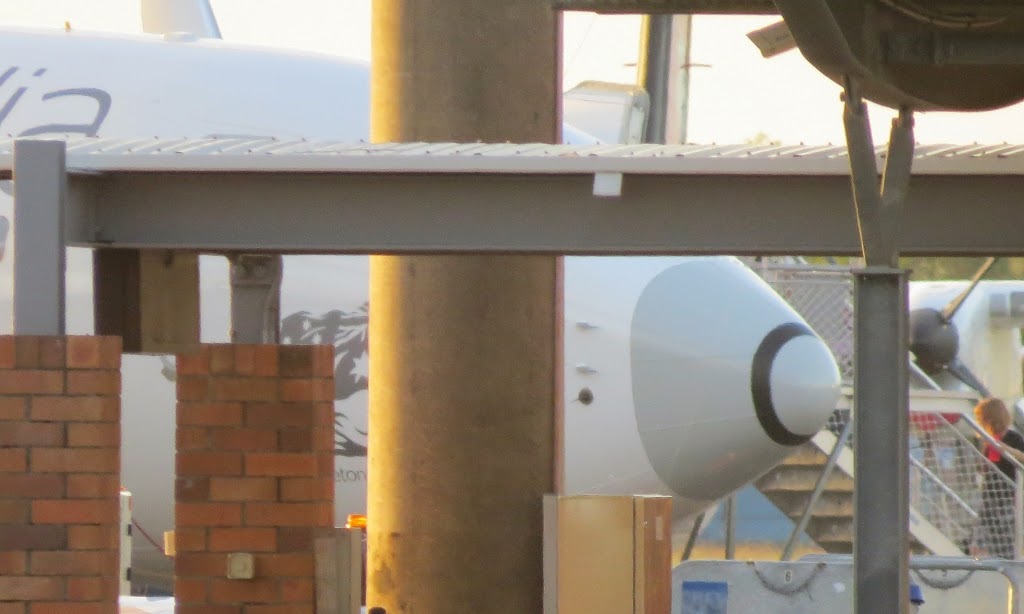 VH-YIU wears the new Virgin Australia livery, but has had a grey nose cone fitted.

VH-YIU departed normally on Tuesday afternoon, but as shown below, VH-VUA remained overnight and eventually departed back to Brisbane empty early on Wednesday 9 April.  It was noted using the VOZ9900 flight number. 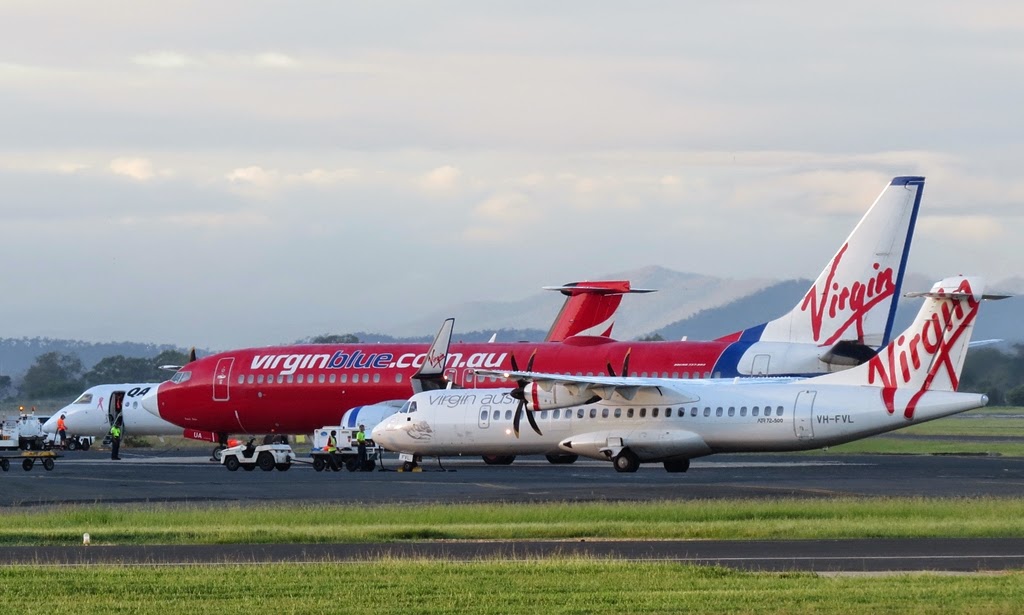 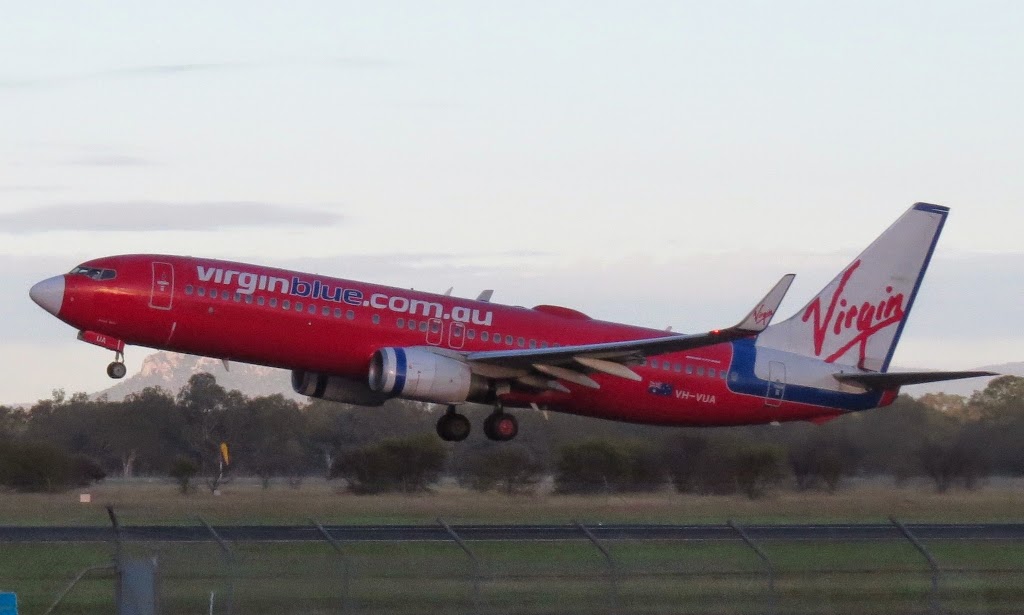 VH-VUA has since been noted operating scheduled services again for Virgin.

Topping off the morning was then the arrival of Virgin Australia Boeing B737-700 VH-VBZ, which like VH-VUA, wears the old red Virgin Blue colours, but has also had a white nose cone fitted. 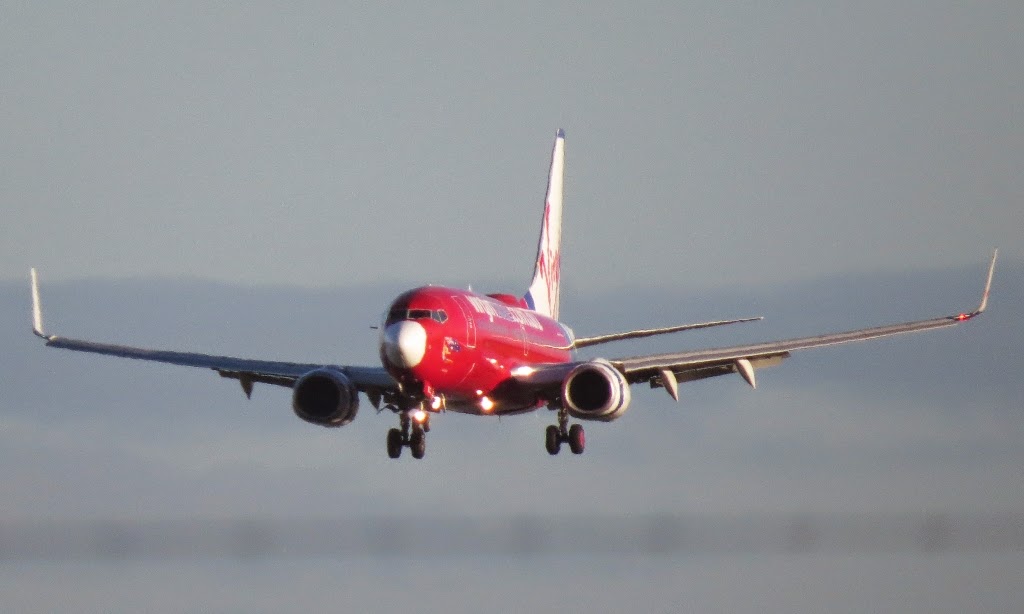 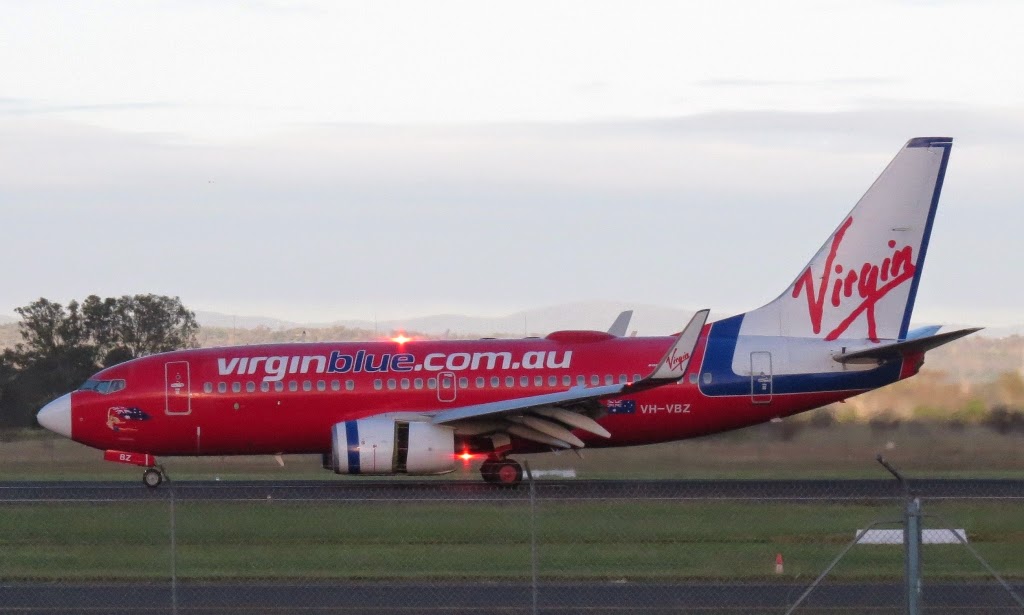 Some great photos from ‘IAD’ – and certainly a great collection of ‘different’ nose cones!