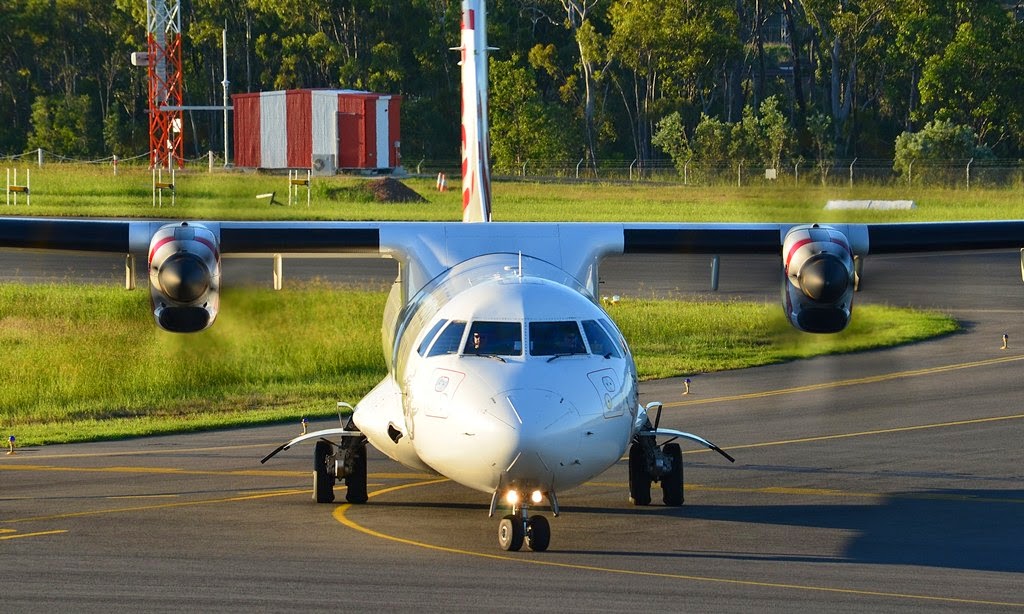 On Thursday 17 April, QantasLink Dash-8-Q400 VH-QOM was spotting arriving late in the day - and after a rain shower - as QLK2307 from Rockhampton.

On Friday 18 April, Jamie and Tash captured QantasLink Dash-8-Q400 Next Gen VH-LQJ as it departed to Sydney as QLK2121.

Later on Friday 18 April, and during the afternoon rush, Jamie and Tash captured VARA ATR's VH-FVM and VH-FVH on the ground together.

To top the week of plane spotting off, Jamie and Tash captured QantasLink (Cobham Aviation) Boeing B717-200 VH-NXQ as it departed Gladstone late on Saturday 19 April for Brisbane as QJE1715.

And on Sunday 20 April, QantasLink Dash-8-Q300 VH-TQY was captured as it departed to Rockhampton as QLK2308. 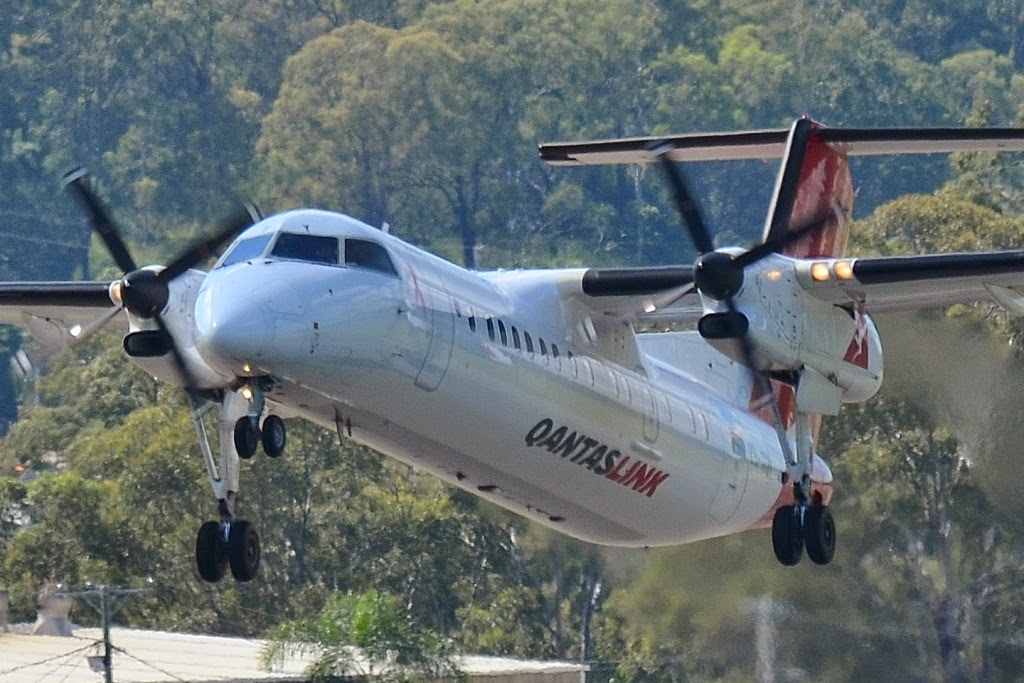 Sincere thanks to Jamie and Tash for sending through these fantastic photos from Gladstone Airport - it certainly shows the variety of commercial traffic to call into the industrial city on most days!