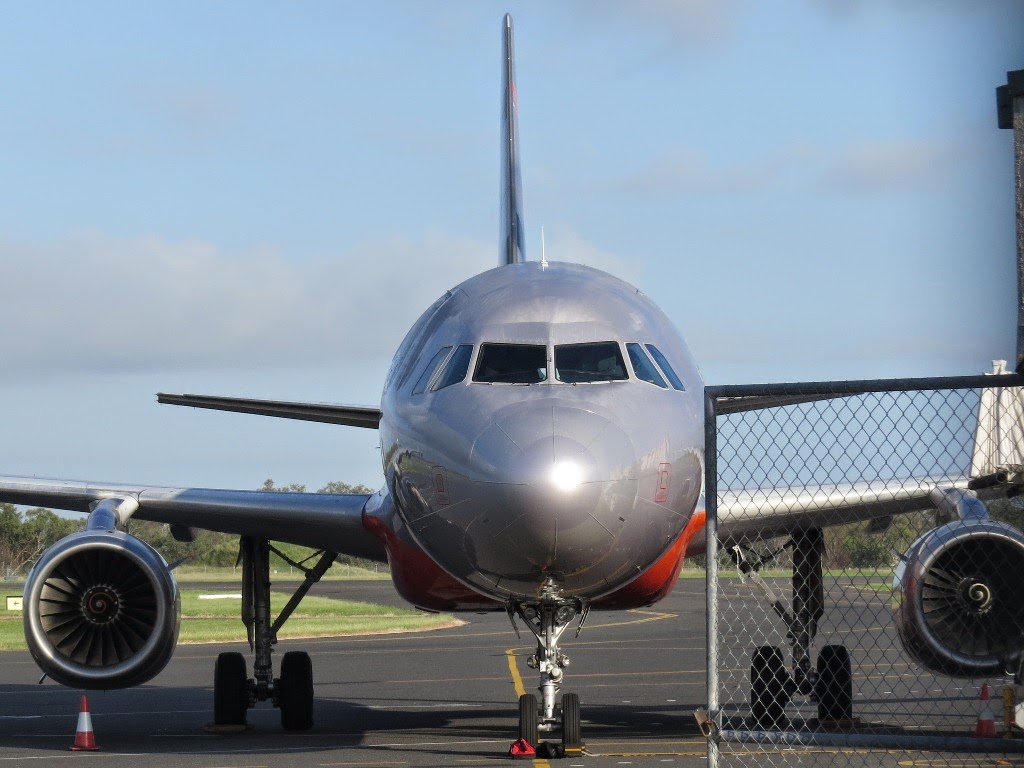 After extensive checks by engineers, Jetstar Airways Airbus A320 VH-VQW, which made an emergency landing at Rockhampton late on Sunday 6 April, finally departed Rocky in the early afternoon on Monday 7 April, continuing its journey to Sydney. 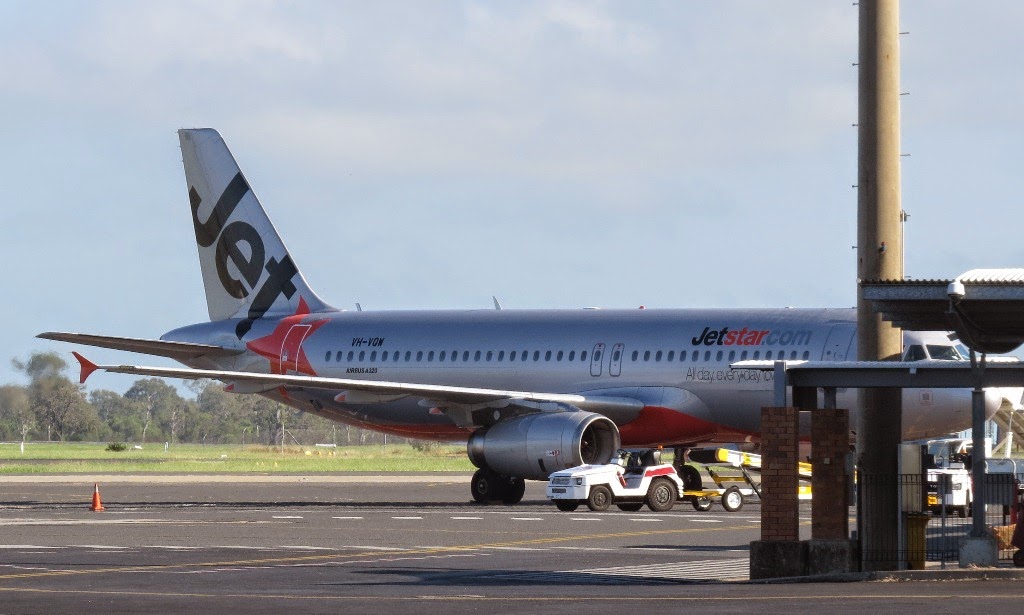 Local plane spotter 'IAD' ventured to Rockhampton Airport early on Monday and captured some more great images of the A320. 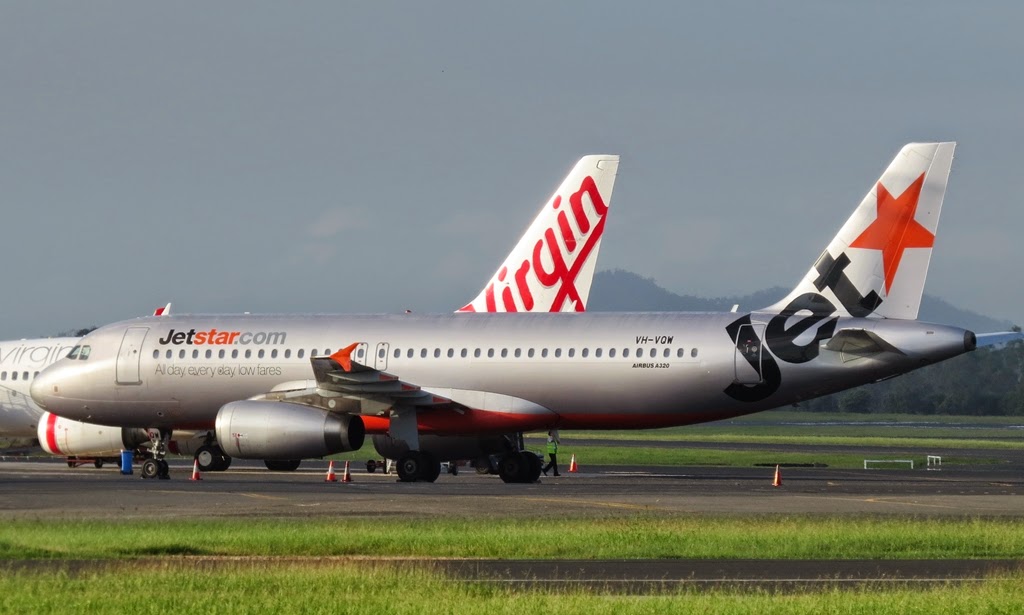 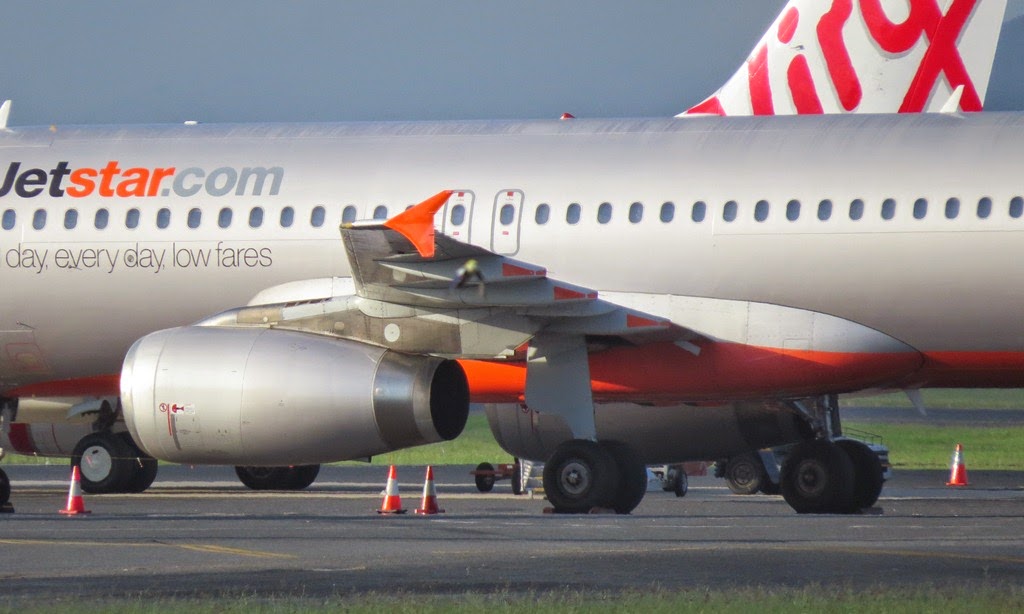 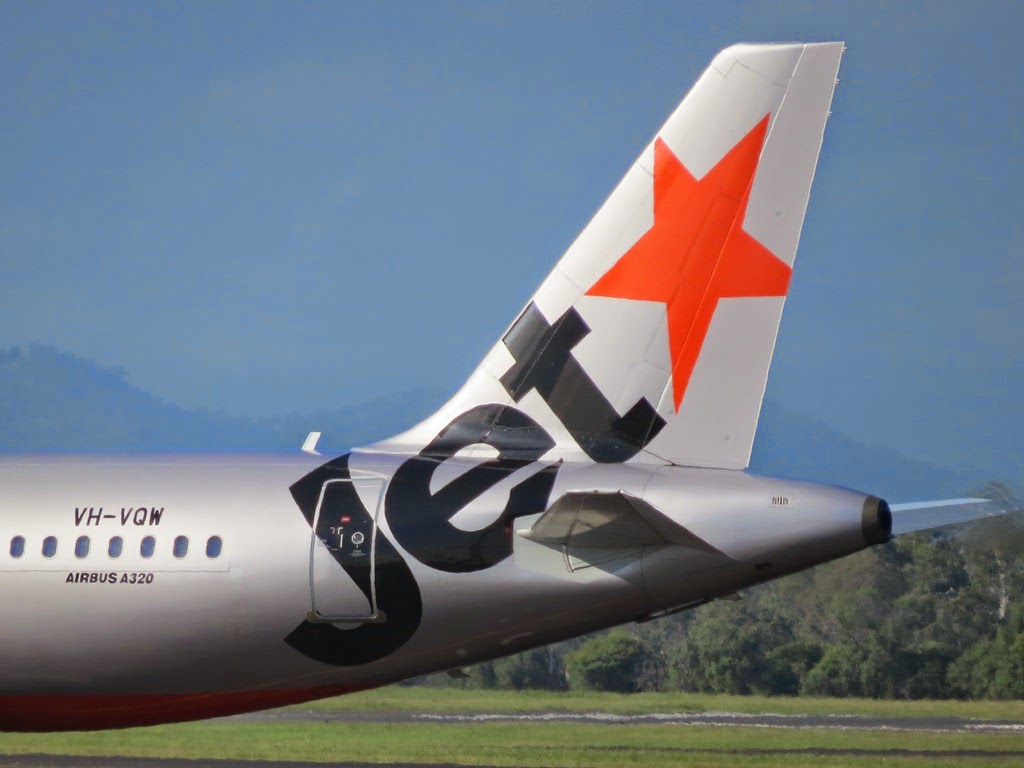 During the morning, Internet sources indicated that a replacement aircraft was due to be flown into Rockhampton from Brisbane, but this did not occur. 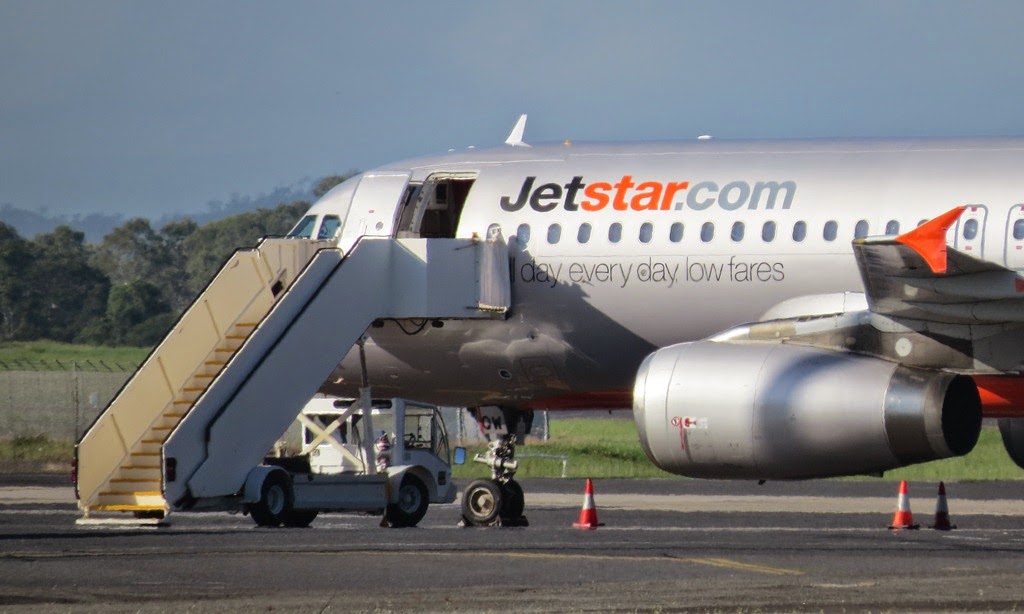 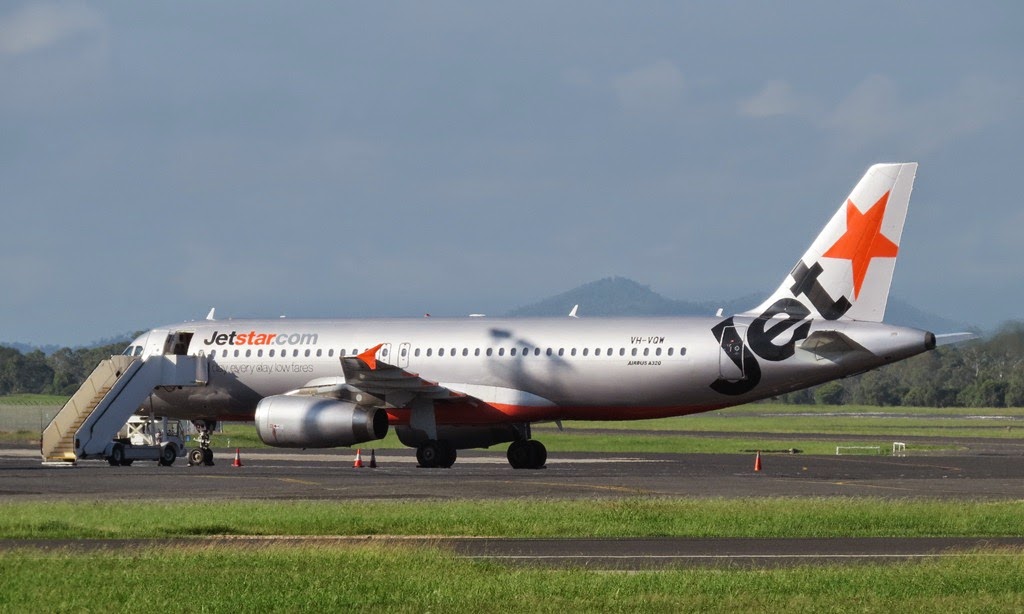 VH-VQW departed Rockhampton for Sydney as JST7959.  It has since returned to normal Jetstar service.

It has been reported that a faulty oven caused the Jetstar JST959 flight from Cairns to Sydney to make the emergency landing at the Rockhampton Airport Sunday night.  The flight had 132 passengers on board who were accommodated in local motels for the night.

Meanwhile, another Jetstar A320 - VH-VQL - was grounded in Mackay late on Sunday 6 April due an engineering problem.  It had earlier arrived from Brisbane as JST888.  An engineer was summoned from Cairns, and once given the all-clear, VH-VQL departed some five-hours behind schedule as JST889.