It wasn't a Good Friday at Rockhampton Airport but a great Friday 18 April as Qantas Airways Boeing B737-800 VH-VZM called in twice, operating additional passenger services from and back to Brisbane. 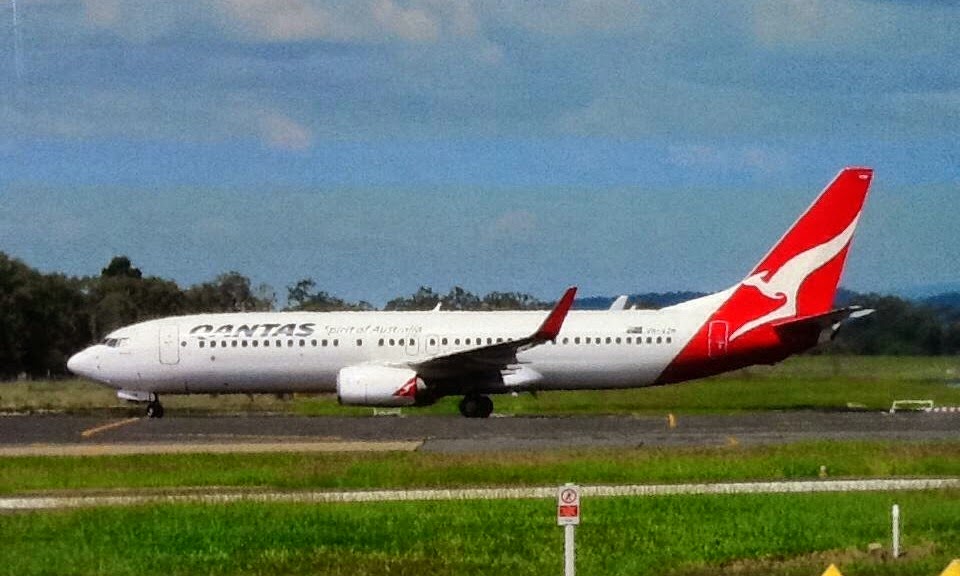 VH-VZM first caught everyone by surprise by calling in early as QFA1328 and departing back to Brisbane as QFA1329.  Local plane spotters were then able to catch VH-VZM as it returned to the beef capital as QFA1336.  It later returned back to Brisbane again but as QFA1337.

It is believed that the B737-800 was substituted on scheduled services to Rockhampton due to the possible unserviceablity of a Boeing B717-200 in Brisbane.

Thanks to 'IAD' for capturing some photos of VH-VZM at Rocky - stay tuned to the CQ Plane Spotting Blog for more of his great images in the coming days!

In the meantime, we at the CQ Plane Spotting hope you and your families have a peaceful and safe Easter break!