Spending most of weekend flying in and out of Gladstone Airport was Bayswater Road / Australian Aerial Mapping (AAM) Cessna 402B VH-MAX.  The aerial survey aircraft was captured by local plane spotters Jamie and Tash arriving initially on Saturday 19 April.

Eagle-eyed readers may note the 'Qasco' Survey company titles on the forward part of the aircraft's fuselage.  Qasco operated VH-MAX and fellow Cessna 402B VH-SVQ out of Archerfield for a period of time.

On Sunday 20 April, VH-MAX departed Gladstone early on a survey flight over the local area.  It arrived back at Gladstone in the early afternoon.

With flight tracking not available on this aircraft, VH-MAX was spotted departing Gladstone on Monday 21 April for parts unknown, as it did not return to the industrial city. 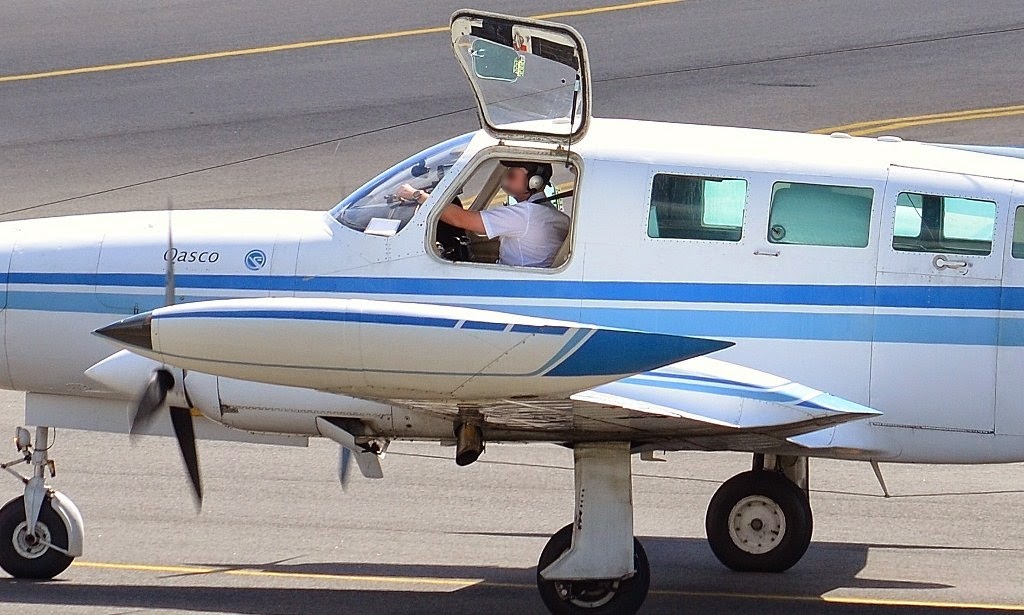 Thanks to Jamie and Tash for sending through these great photos!