Over the course of this week, the various Queensland Government (State of Queensland) and Queensland Police Service (Airwing) aircraft have had a fairly busy week, ferrying Premier Campbell Newman and other Government and Police officials in and out of North and Central Queensland as Tropical Cyclone Ita passed through.


As we mentioned below, the Government's Raytheon Hawker 850XP bizjet VH-SGY passed through Rockhampton last Wednesday 9 April.  The next day, it flew Premier Newman North to Cairns and later Cooktown, which was preparing for Cyclone Ita to hit.  VH-SGY then ferried back and forth between North Queensland and Brisbane, and on Wednesday 16 April, I noted VH-SGY depart Brisbane for Proserpine / Whitsunday Coast Airport.

The Government's Raytheon B300 Super King Air VH-SGQ has also been noted flying in and out of North Queensland over the last week or so.  It was noted flying into Mackay Airport from Brisbane on Saturday 12 April.  It later departed to Cairns where it spent the next couple of days flying between several North Queensland cities, including Bowen on Monday 14 April.  Incidentally, I spotted VH-SGQ earlier last week passing through Longreach Airport.  It arrived early from Brisbane and later departed to Emerald - as shown below. 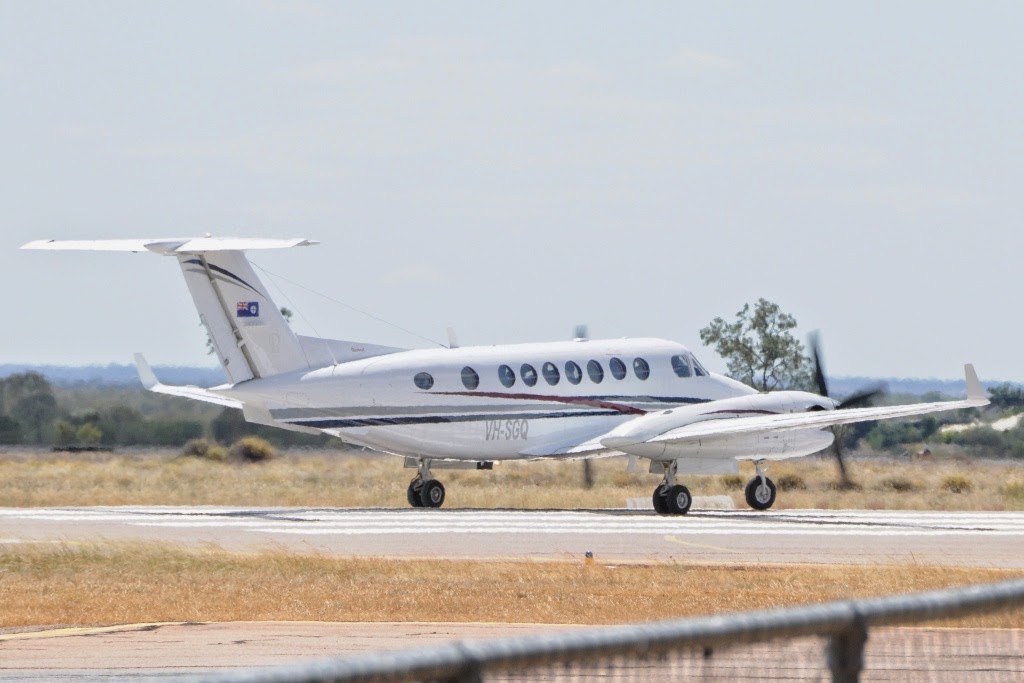 Finally, the Queensland Police Service (Airwing) Cessna 560 Citation Ultra bizjet VH-PSU was also noted flying in and out of various North and Central Queensland towns, including Maryborough and Hervey Bay on Tuesday 15 April and Thursday 17 April.

Most of the Queensland Police turbo-prop aircraft spent most of the week locked away in hangars away from the weather, but by Thursday 17 April, they were all noted flying over Queensland again.  For instance, Raytheon B1900D VH-PSK had a busy day on Thursday starting and finishing its flying day in Cairns, and flying to Townsville, Mackay, Brisbane, Rockhampton and Maryborough.
Posted by Damian F at 6:30 AM