And a Few Helicopters Spotted at Gladstone Airport This Week

As mentioned below, this the second post featuring some great photos that local plane spotters Jamie and Tash have sent through of the many and varied light aircraft and helicopters to call into Gladstone Airport this week.  In this post, we focus on the various helicopters that they have spotted at coming and going over the week. 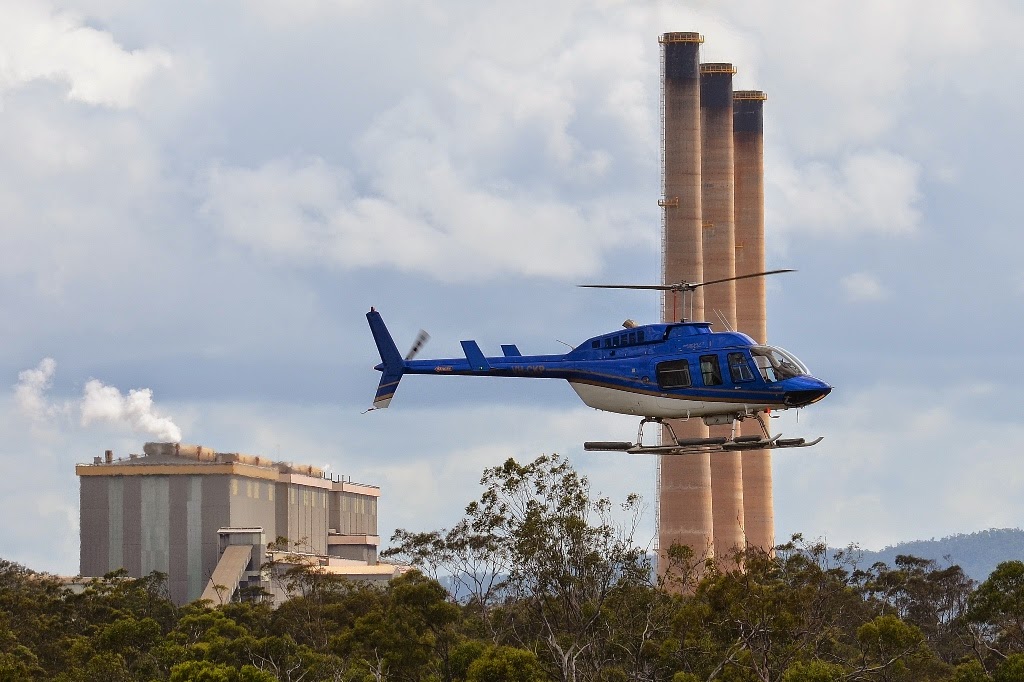 The locally-based Gladstone Helicopters / Heli-Reef (Aviation Tourism Australia) Bell 206L-3 VH-CKP continues to ferry passengers between Gladstone and nearby Heron Island, along with marine pilots to the Gladstone Harbour.

Another beautifully-presented Jetranger in the form of Helicopters Services Queensland Bell 206B VH-JRF was also spotted arriving into Gladstone on Tuesday 1 April. 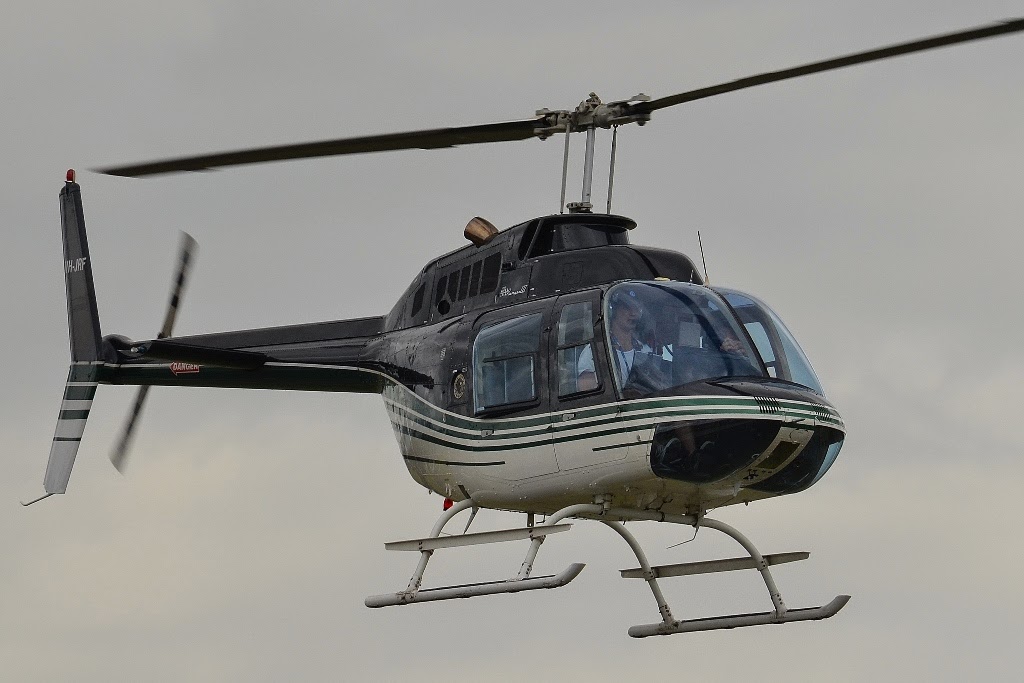 It was soon joined by the very sleek all-black livery of Eurocopter AS.350B3 Squirrel helicopter VH-MDQ.

VH-MDQ is based on the Gold Coast and is reportedly owned by former World Champion Motorcycle rider Mick Doohan. 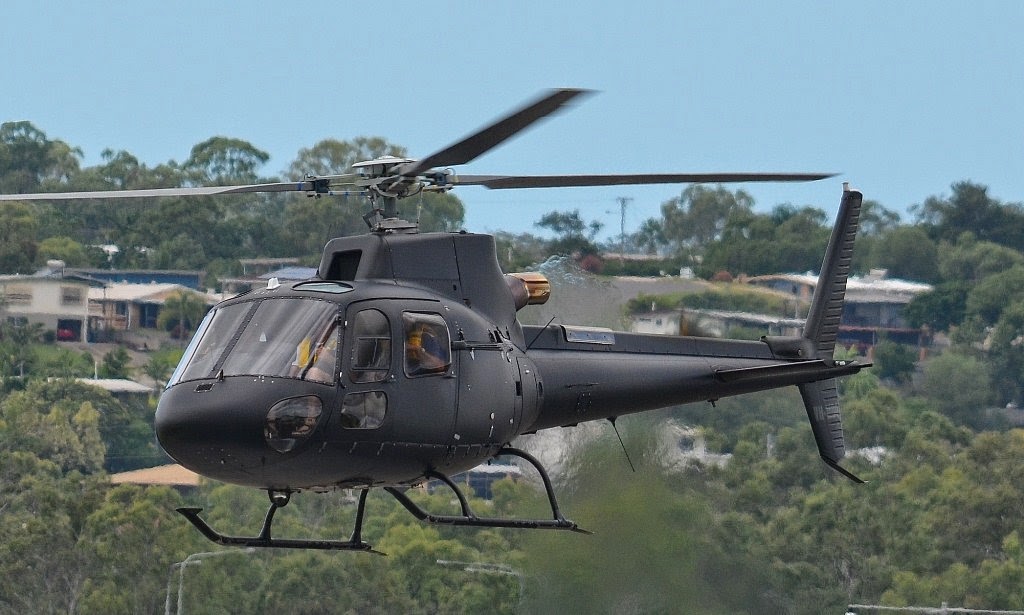 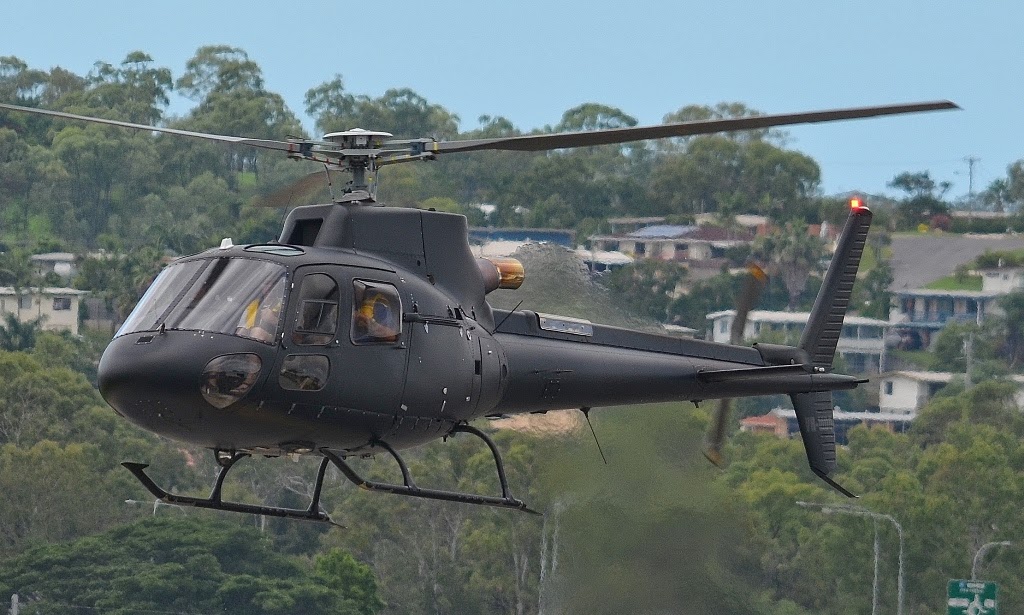 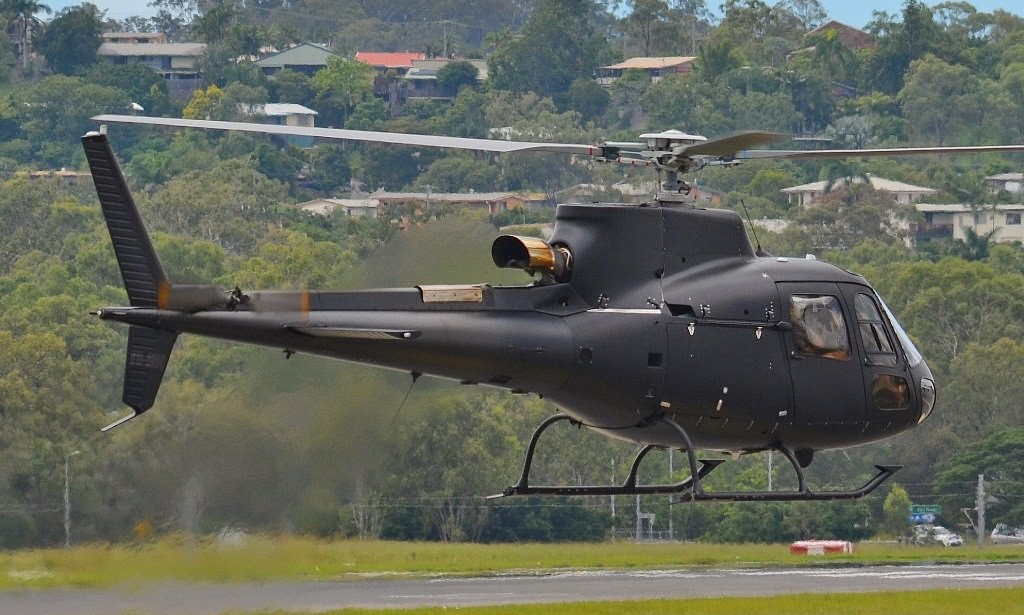 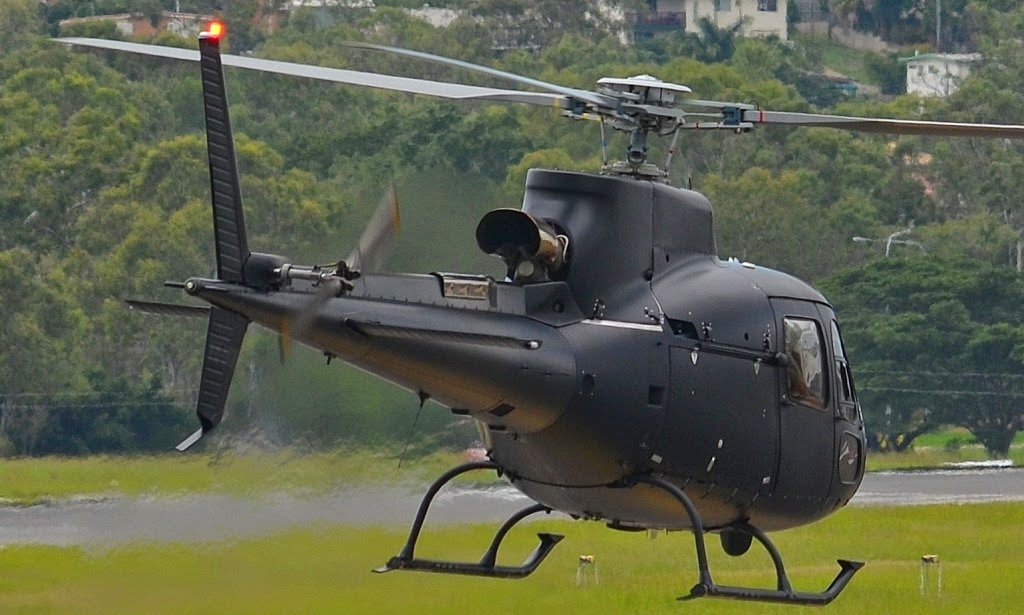 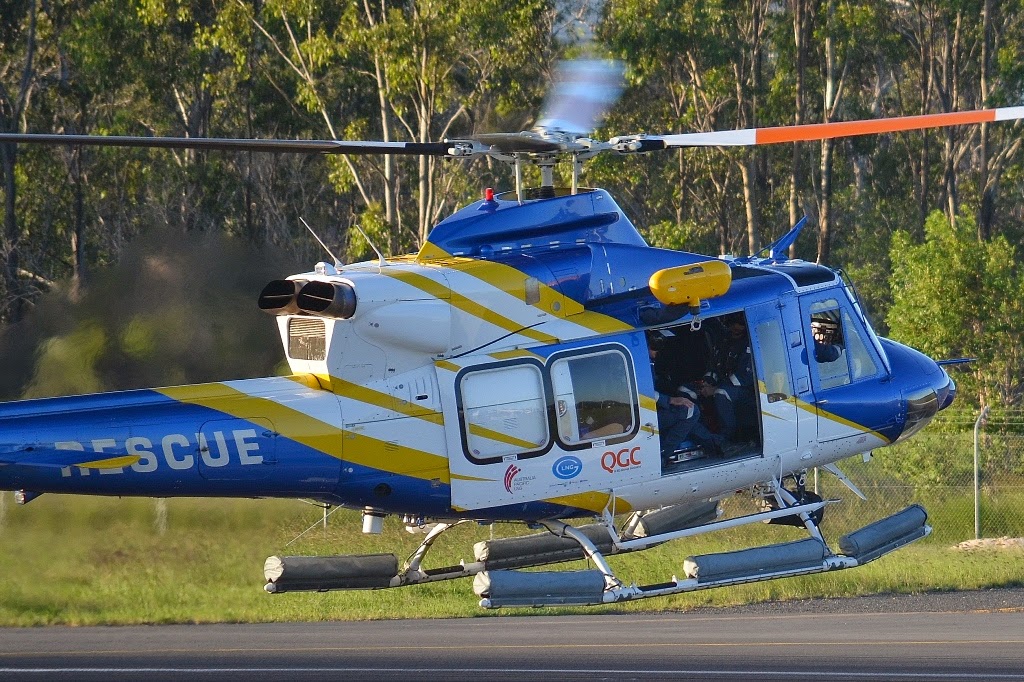 And finally, Robinson R-22 BETA helicopter VH-XLL was spotted arriving and later departing Gladstone on Wednesday.  The cute little chopper wears "Speedy Muster" titles and is reportedly based at the small town of Comet. 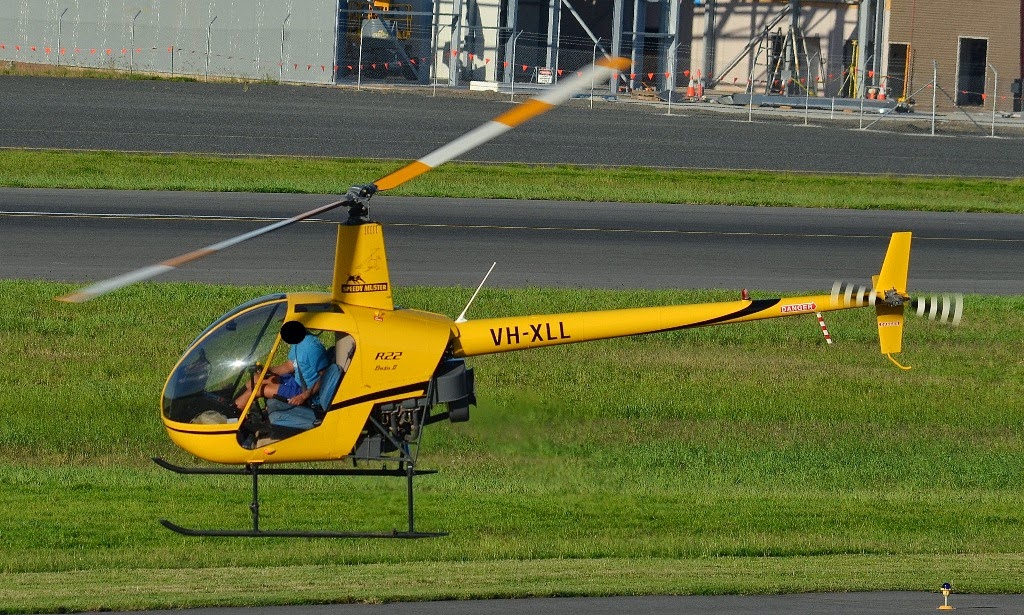 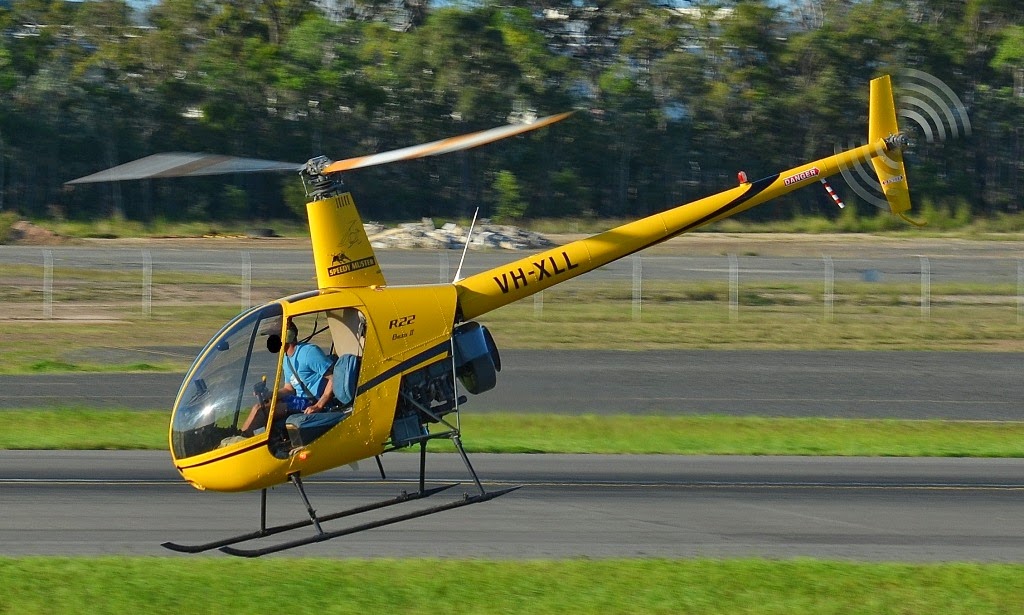 Some more spectacular photos from Jamie and Tash, and we thank them sincerely for taking the time out to take the photos and to send them through!