Brisbane-based plane spotter Brendan B has been in Bundaberg this week and has sent through a couple of photos from Bundaberg Airport on Thursday 10 April and Friday 11 April. 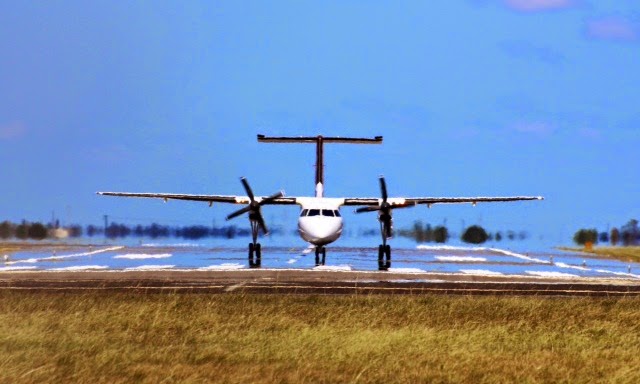 Over the two days he captured both Channel 9 (Queensland Television) and Channel 7 (Seven Network Operations) Eurocopter AS.350B Squirrel helicopters as they passed through Bundy heading North to cover the imminent arrival of Severe Tropical Cyclone Ita as it crosses the Far North Queensland Coast. 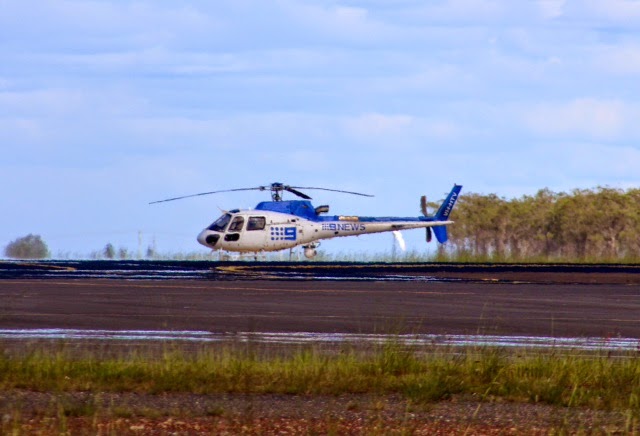 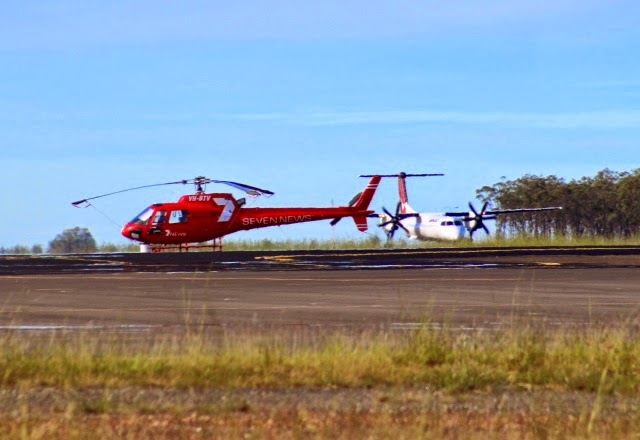 They have also possibly landed at Rockhampton and Mackay Airports as they ventured North. 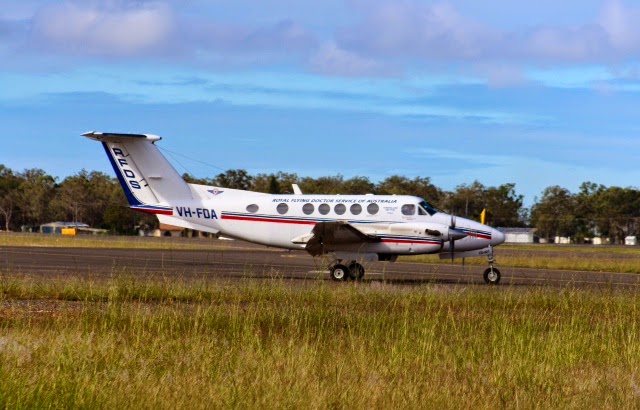 On the commercial front, Brendan captured QantasLink Dash-8-Q400s VH-LQJ and VH-QOD arriving into the Rum city. 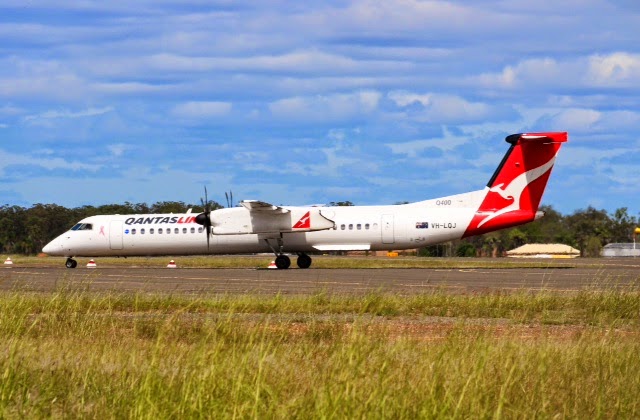 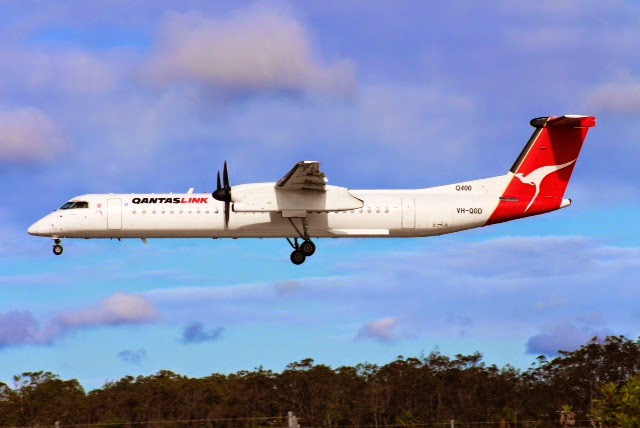 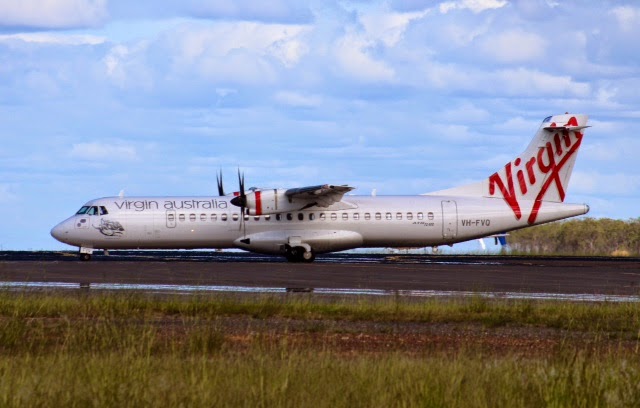 Finally, and as a bonus, Brendan arrived back in Brisbane late on Friday 11 April just in time to catch the arrival of another ATR into the country in the form of the brightly-coloured Air Caledonie ATR 42-500 F-OIPI, which arrived at Brisbane from Darwin on transit from Singapore (Seletar) to Noumea. 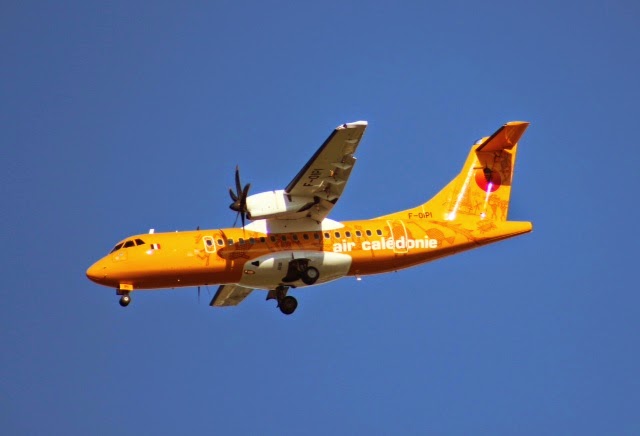 Sincere thanks to Brendan for taking the time to capture these great images and for sending them through!  Your continuing support of the CQ Plane Spotting Blog is sincerely appreciated!

All photos taken by Brendan Berry  ©
Posted by Damian F at 9:16 PM