Making a surprise but welcome visit into Emerald Airport on Wednesday 16 April was Bombardier BD-700-1A11 Global 5000 bizjet N50XC.  I captured the lovely bizjet as it departed Brisbane for Emerald on Wednesday morning. 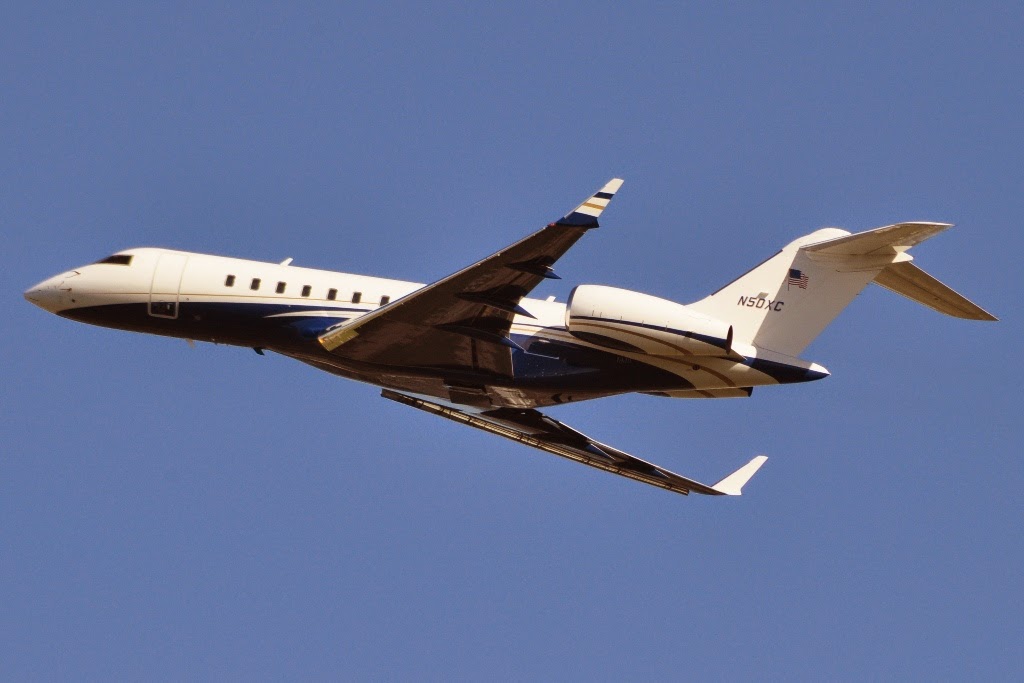 Meanwhile, a couple of other notable movements I captured at Brisbane that called into Emerald Airport on Wednesday 16 April included Pel-Air / Regional Express (REX) SAAB 340B VH-REX, which was captured about to depart on it regular Fly-in Fly-out (FIFO) run to Emerald on behalf of Pel-Air as PFY9282. 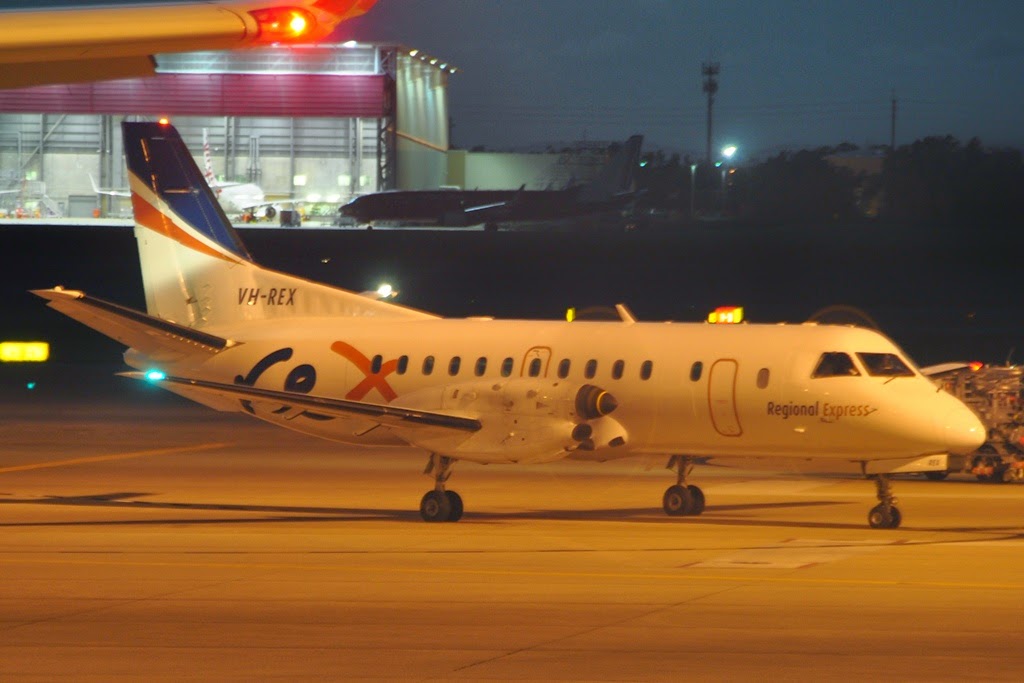 VH-REX later returned as PFY9283.  It also called into Emerald on Tuesday night.  Interestingly, it also operated a FIFO flight to Emerald on Sunday 13 April as well - perhaps a new flight?

Another FIFO flight to Emerald each week was operated by Alliance Airlines Fokker F-70 VH-JFE on Wednesday 16 April. 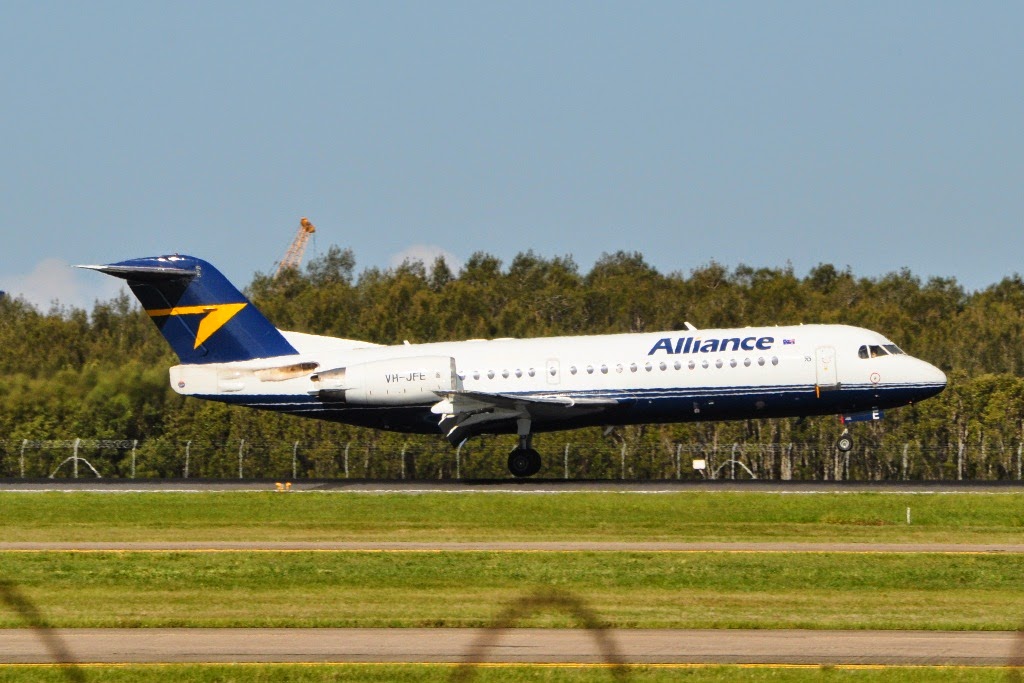 It departed as UTY1070 and is pictured returning to Brisbane later as UTY1071.
Posted by Damian F at 7:13 AM